The American Recovery and Reinvestment Act of 2009 included $3 billion for School Improvement Grants (SIG), one of the Obama administration’s signature programs and one of the largest federal government investments in an education grant program. The SIG program awarded grants to states that agreed to implement one of four school intervention models—transformation, turnaround, restart, or closure—in their lowest-performing schools. Each of the models prescribed specific practices designed to improve student outcomes.

Given the importance of the SIG program and sizable investment in it, the Institute of Educations Sciences (IES) commissioned this evaluation to focus on three primary questions:

The Every Student Succeeds Act of 2015 (ESSA) made changes to the SIG program that gives states and districts much more flexibility in determining how to turn around their lowest-achieving schools. This final report examined the extent to which SIG grantees and other schools reported using practices in four main areas: (1) adopting comprehensive instructional reform strategies, (2) developing and increasing teacher and principal effectiveness, (3) increasing learning time and creating community-oriented schools, and (4) having operational flexibility and receiving support.

The findings in this report suggest that the SIG program did not have an impact on the use of practices promoted by the program or on student outcomes, at least for schools near the SIG eligibility cutoff. 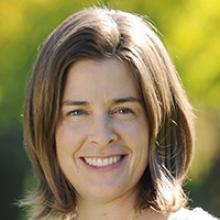