Elisabeth Davis
What are evidence-based practices?
Evidence-based practices are strategies, practices, or interventions that have been demonstrated by research to improve outcomes for students, teachers, schools, or all of the above. These practices are incorporated throughout the Every Student Succeeds Act (ESSA), broken into four tiers based on the strength of evidence. Watch a short video to learn more about the tiers.

In 2019, Ohio won a Striving Readers Comprehensive Literacy Grant from the U.S. Department of Education. The three-year, $35 million award gave the state the opportunity to improve literacy outcomes for children from birth through grade 12 and required educators to use relevant evidence-based practices to do so.

Some Ohio district and school leaders weren’t sure where to look for evidence-based practices and others consulted national clearinghouses only to find that they were swimming in evidence. In some cases, the national clearinghouses didn’t include enough information to help the state find evidence-based practices specifically for literacy improvement.

1.  When should a state build its own clearinghouse instead of using a national one?

The What Works Clearinghouse also doesn’t provide resources for conducting needs assessments, planning for implementation, or monitoring progress. MiDataHub, a collaboration of intermediate school districts in Michigan, is developing an online clearinghouse called MyStrategyBank to help school districts find evidence-based practices that meet the needs of their specific school settings and student populations. The clearinghouse will include a searchable list of evidence-based practices, as well as innovative implementation strategies and student data. MiDataHub also aims to include components of the entire cycle of continuous improvement to allow districts to test programs, evaluate results, and adopt practices that work. AIR supported Michigan in this effort by conducting an ESSA training workshop and helping with data entry.

2.  If a state wants to develop its own clearinghouse, what is a good first step to take?

The best first thing to do is bring together the right people—which means a wide variety of expertise. States AIR has worked with, such as Michigan, Ohio, and Pennsylvania, tend to involve subject-matter experts, practitioners, and methodologists during the planning process. Together, they can determine the state’s unique education priorities, plan a structure for the clearinghouse, determine a process for vetting practices, and develop review protocols.

3.  What challenges do states typically encounter when developing their own clearinghouses?

Navigating the evidence tiers and requirements of each is one of the trickiest parts of developing a clearinghouse, especially one that aligns with ESSA. While it is possible to develop an evidence-based clearinghouse using information taken solely from existing resources, new evidence reviews may require outside expertise. For instance, a certified reviewer would determine if a practice falls into “strong evidence” or “moderate evidence” by reviewing it against the What Works Clearinghouse standards.

Further, determinations about all evidence tiers need to be made at the outcome level, not the program level. For example, a dropout prevention program might have four outcomes goals: reducing absenteeism, increasing credit accumulation, improving progress in school, and increasing graduation rates. The study of the program may find that the program had significant favorable effects on reducing absenteeism and increasing graduation rates, but no effect on credit accumulation or progress in school. Because the strength and direction of outcomes can vary in this way, each outcome will get its own ESSA rating.

For more information on ESSA and evidence, read our ESSA action guide and review our list of resources for selecting evidence-based practices.

Another challenge is that evidence isn’t static. Research is ongoing, while new evidence is coming out all the time. Current practices can move into and out of different ESSA evidence tiers as new research is conducted. The tiers are designed to encourage ongoing and increasingly rigorous research to build the evidence for promising practices. Periodic scans of the literature to find new research keeps clearinghouses up to date. Education leaders can stay current on these issues through resources such as the News Flash subscription service from the Institute of Education Sciences.

4.  What other support for evidence-based practices should states include in their clearinghouses?

States that go beyond offering a searchable database of evidence-based practices provide an incredibly valuable resource to districts. This might mean their clearinghouse includes tools to help districts conduct needs assessments and determine what type of practice they should look for based on local, contextual factors; implement programs and practices; monitor successes and challenges; and reflect on how the practice affects student outcomes.

5.  What other support is available for states working on evidence-based practices?

States can learn from each other when it comes to developing clearinghouses and other resources. Many states are innovators in using evidence and making it more accessible to their districts. There’s no need to start from scratch. Collaboration allows states to learn best practices, what’s working, what hasn’t worked, and lessons learned. State education leaders can connect with each other and additional resources through the U.S. Department of Education’s State Support Network, Regional Educational Labs, and Comprehensive Centers Program. 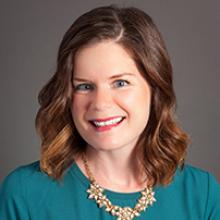