Early Colleges are partnerships of school districts, charter management organizations, or high schools, and two- or four-year colleges or universities. A type of dual enrollment program, Early Colleges offer students the opportunity to earn an associate's degree or up to two years of college credits toward a bachelor’s degree in high school—at no or low cost to students. Early Colleges also provide supports to student as they plan for their college education, helping them select college courses, transfer to a four-year college, and identify sources of financial aid.

The Early College High School Initiative (ECHSI) was established in 2002 by the Bill & Melinda Gates Foundation, along with the Carnegie Corporation of New York, the Ford Foundation, and the W.K. Kellogg Foundation. Over the past two decades, Early Colleges have expanded rapidly nationwide. Since this trend began, AIR researchers have conducted a number of comprehensive studies on their impact, finding overall that Early Colleges show strong and lasting evidence of effectiveness for all students. Promoting postsecondary access and success can be an effective policy strategy for improving postsecondary enrollment and completion rates.

AIR first studied implementation of Early Colleges and, later, their impact on students. As Early Colleges matured, student outcomes have been consistently positive. For example, AIR research has found:

Read the April 2021 article published in the Journal of Research on Educational Effectiveness (or view the summary).
View all reports and publications.

Implications and Considerations for Policymakers

A cost-benefit study by AIR found that Early College programs pay off with lasting benefits for students and the broader population. 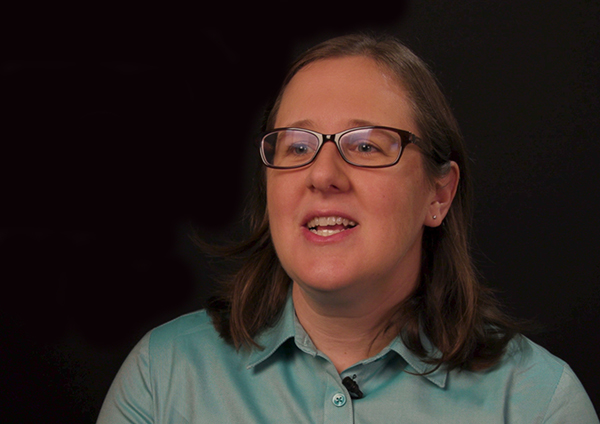 (September 2019) Key findings from this study update include: 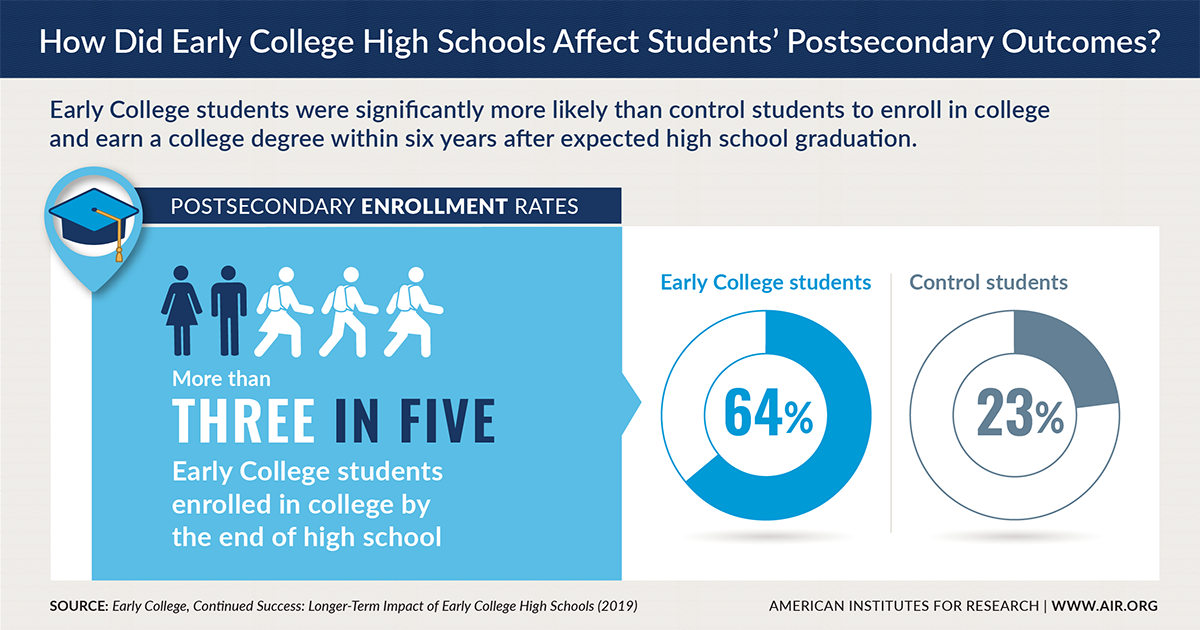 Read Early College Means Early Success for Students (PDF), a summary of results from the 2013 and 2014 reports.

(January 2014) The findings in this report, which extend the study’s original results by including an additional year of data, affirm the core findings: Early College students had a greater opportunity than their peers to enroll in and graduate from college. They also appeared to be on a different academic trajectory, with Early College students earning college degrees at higher rates than comparison students. In addition, Early Colleges appeared to mitigate the traditional educational attainment gaps between advantaged and disadvantaged students. View related news release.

(June 2013) Key findings from the original study include: 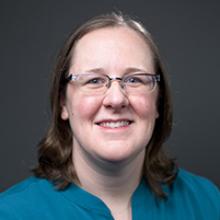 Williams & Tremaine: Why Should a College Education Start at Age 18, and Only After HS? Time to Change the ‘When’ & ‘Who’ of College