Washington, D.C. – There is growing interest across the country in dual enrollment programs, which allow students to earn a high school diploma and college credits at the same time. Many policymakers and practitioners see these programs as a way to increase college access and better prepare students for postsecondary success.

A body of research from the American Institutes for Research (AIR) confirms that one type of dual enrollment program—Early College High Schools—has a positive, lasting impact on postsecondary enrollment and success and that there is a strong return on the investments made in Early Colleges. These findings, as well as insights and recommendations for federal and state policymakers, are included in a new AIR policy brief, The Lasting Benefits of Early College High Schools.

“Our research shows that Early Colleges are an effective way to increase rates of college-going and college completion, and that the return on the investment in these programs is positive for both the student and society at large,” said Kristina Zeiser, one of the lead AIR researchers on these projects. “As these programs grow across the country, our brief offers some considerations for policymakers and others who seek to improve outcomes for all students.”

Early College High Schools generally involve a school district, charter management organization or high school entering into an agreement with a 2- or 4-year college or university. Under these programs, students can earn an associate degree or 2 years of credits toward a bachelor’s degree while also earning their high school diploma.

AIR’s studies focused on 10 Early Colleges that were operating in 2007 in five states (North Carolina, Ohio, South Carolina, Texas and Utah). Data were gathered on more than 2,400 students, all of whom participated in randomized admission lotteries to attend one of the 10 Early Colleges and were either accepted (treatment group) or not accepted (control group).

The research found that Early College students were more likely than their non-Early College peers to go to college. Within 6 years after expected high school graduation, about 84% of treatment students enrolled in college, compared with 77% of students in the control group.

Early Colleges may require more resources than traditional high school programs, but the recently released cost-benefit study found that these programs earn a strong return on that investment.

In general, data show that a person with a postsecondary degree will earn more over their career, will pay more in taxes, and is less likely to depend on government assistance. To understand the financial effect of Early Colleges, AIR examined the costs of six of the 10 schools included in the impact study and compared costs to benefits estimated using the impact results.

The study found that, over 4 years, Early Colleges cost about $3,800 more per student, on average, than traditional high schools. However, the estimated return on that investment was, on average, about $33,709 in increased lifetime earnings for each student. In addition, the lifetime public benefit per Early College student (i.e., increased tax revenue and decreased spending on public services) was about $23,973.

All told, the AIR cost-benefit study estimated a total average return of $57,682 per Early College student compared with a $3,800 per student investment—a 15-to-1 return.

Based on their findings, AIR experts offered several considerations for federal and state leaders and policymakers. These include:

Established in 1946, with headquarters in Washington, D.C., the American Institutes for Research (AIR) is a nonpartisan, not-for-profit organization that conducts behavioral and social science research and delivers technical assistance both domestically and internationally in the areas of health, education and workforce productivity. For more information, visit https://www.air.org.

Many students, particularly those who are low-income and/or of color, lack access to a well-rounded high school education. Inadequate preparation in high school leaves high school graduates with fewer choices and pathways to postsecondary education. Early College High Schools focus explicitly on overcoming these challenges. 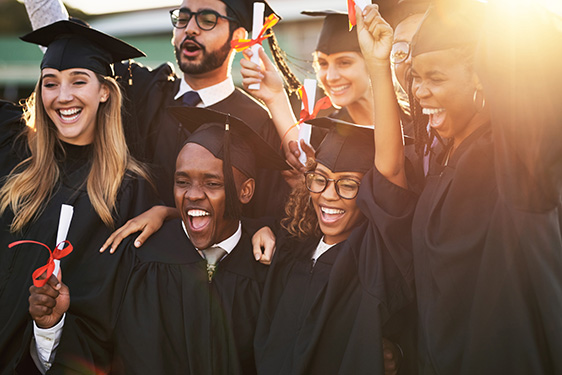 Most jobs today require a postsecondary degree—and most students want to go to college. There are substantial challenges, however, in reaching the goal of college and career readiness for all students, particularly for students from low-income families and students of color. AIR conducted two rigorous impact studies and a cost-benefit study of Early Colleges in recent years.
30 Dec 2019
Report

Early Colleges (ECs) represent an expanding college readiness reform that provides students an opportunity to earn up to 60 college credits in high school through dual-enrollment coursework. This study complements an earlier AIR study that examines the impacts of ECs in substantial detail.
Share