Workers with disabilities have more to worry about on the job than those without disabilities. They earn less than their similarly educated colleagues without disabilities, and this gap widens as they climb the educational ladder, potentially creating a disincentive to climb higher. On top of that, new research shows, states and the nation pay a steep price in tax-revenue losses.

A further twist is that earnings inequality is greatest among those with a master’s degree or higher. The 8 percent of working-age people with disabilities who get advanced degrees (compared to 13 percent of other workers) earn nearly $21,000 a year less than others without disabilities but with the same amount of education.

Small wonder that disability and poverty often go hand in hand. Nearly 28 percent of working-age adults with a disability were living below the poverty line in 2011, more than double the percentage for other workers. Another way to look at it is that nearly half (47percent) of all working-age adults in poverty have a disability. Still another way: annual household income for people with disabilities is $23,300 less than for those without.

The plight of workers with disabilities—who, on balance, are a little older and more racially diverse than the workforce as a whole—has led to some new federal policies. The revised Rehabilitation Act implemented in 2014, for example, requires federal contractors and subcontractors to take affirmative action to recruit, hire, promote, and retain those with disabilities. And provisions in the Workforce Innovation and Opportunity Act of 2014 aim to help workers with disabilities become financially independent by increasing access to the high-quality workforce services needed to prepare them for competitive employment.

Even more might be done to help this struggling group if the full costs of unemployment, underemployment, or underpaid employment were taken into account. By estimating earnings differences state by state and nationally using 2011 Census data, my colleagues and I found that people with disabilities face about as much economic discrimination (37 percent or $l0,000 lower pay) as women as a group (35 percent).

Scaling up, that difference translates into a $141 billion loss of earnings for the nation. That’s about one percent of GDP in 2011—or about as much as the federal government allocated to education in FY2014. And lost earnings from individuals with disabilities would have meant another $25 billion in federal taxes and $6.5 billion in state taxes.

As decision-makers concerned about America’s over 50 million people with disabilities and lost tax revenues grapple with these new facts, the American fairness principle could be applied to develop policies and practices that support fair and equal pay for those with disabilities. For instance, supporting salary transparency raises awareness of income inequality while sharing paid sick days among colleagues ensures that people with disabilities will not lose their pay or jobs while attending recovery programs or other support groups. Given the new evidence, a rare policy win/win might be in the cards.

Michelle Yin is a labor economist and senior researcher at the American Institutes for Research’s Workforce and Lifelong Learning program. Her latest policy study is An Uneven Playing Field: The Lack of Equal Pay for People with Disabilities. 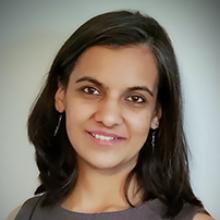