Those with Disabilities Earn 37% Less on Average; Gap is Even Wider in Some States

Washington, D.C. – Workers with disabilities who have at least a high school education earn 37 percent less on average than their peers without disabilities, a disparity costing federal and state governments up to $31.5 billion in potential tax revenue, finds an American Institutes for Research (AIR) analysis.

Earnings disparities increase with higher educational attainment. Among workers with a high school degree or the equivalent, those with disabilities earned on average $6,505 less than their peers in 2011. The gap widens to nearly $21,000 on average among those with a master’s or more advanced degree. AIR experts note that employees with disabilities face economic discrimination similar to what female employees experience; they get 37 percent less pay compared with 35 percent for women.

“Although non-discriminatory compensation is protected through the Civil Rights, Americans with Disabilities, and Rehabilitation Acts, our results show that earnings inequalities are gaping,” said AIR author Michelle Yin. Co-author Dahlia Shaewitz adds: “Education and employment are not enough. Equal pay is key to keeping people with disabilities economically independent and out of poverty.”

State trends mirror national trends. For employees with a high school diploma or its equivalent, the highest average income inequalities are observed in

Among those with a bachelor’s degree, the greatest disparities are in

At the master’s and higher level, the states with the largest gaps are

These trends are reversed in some states, but only in specific educational levels. For example, some workers with disabilities earn more than their peers in the following states

Researchers also looked at broader economic impacts and found that lack of equal pay costs the U.S. economy $141 billion, amounting to about 1 percent of gross domestic product, or about as much as the federal government allocates to education. Loss of tax revenue is another consequence, totaling more than $25 billion for the federal government and more than $6.5 billion for states. 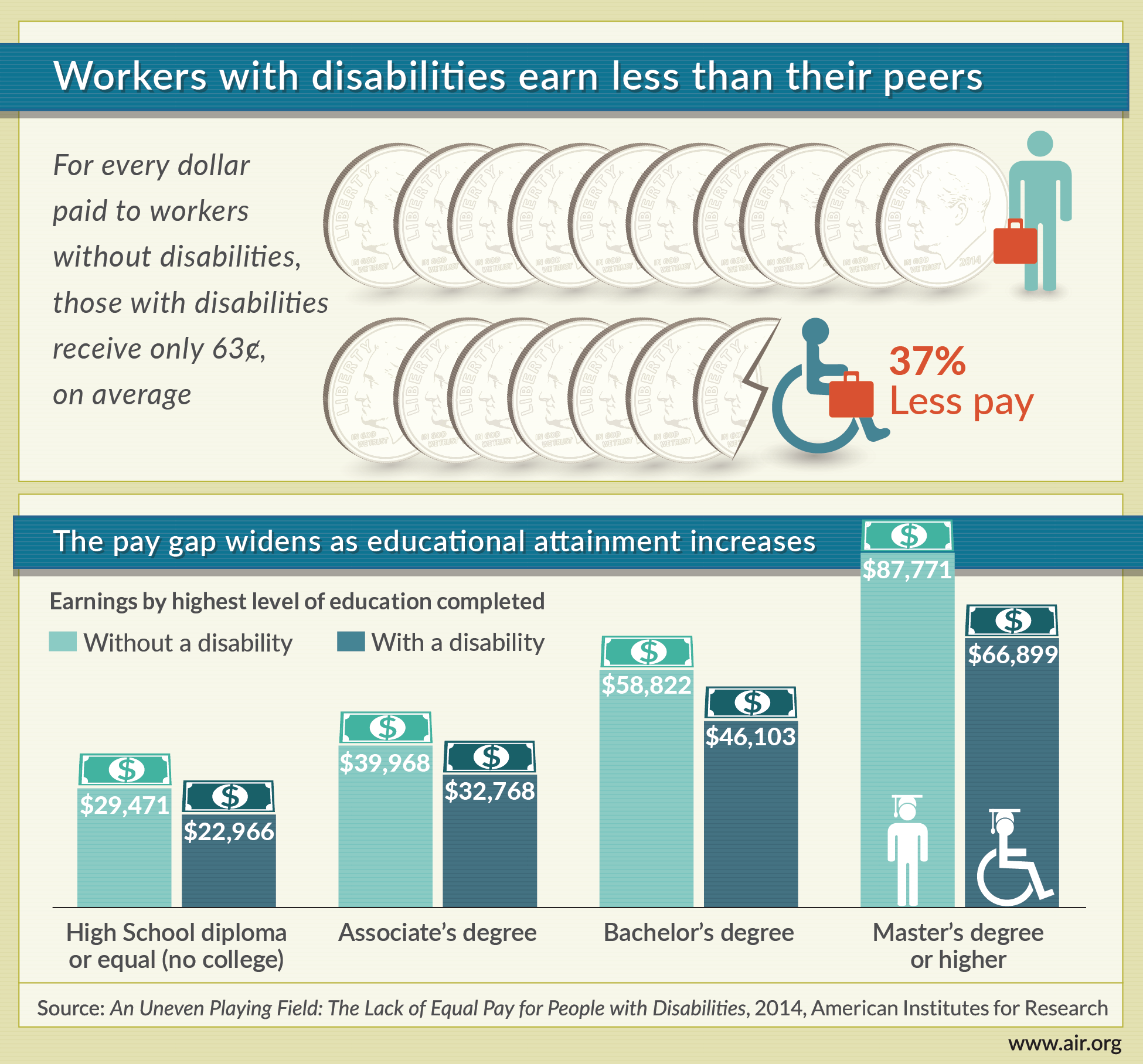 An Uneven Playing Field: The Lack of Equal Pay for People with Disabilities used data from the U.S. Census Bureau’s 2011 American Community Survey. To read the full report, visit www.air.org.