What Can We Do About Gun Violence While We Wait for Congress to Act?

While we wait for Congress to respond to yet another mass shooting—in San Bernardino, Colorado Springs, or wherever the latest flashpoint happens to be—what can be done right now to prevent future firearms violence without heavy reliance on the federal government? 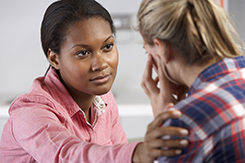 States and cities can better regulate firearm sales. A study released by Boston Children’s Hospital found that states with more background check and gun permit requirements, like Massachusetts and New Jersey, experienced fewer gun-related deaths per capita and fewer violent deaths overall, than did states with fewer of these laws like Louisiana, which reported five times more homicides and suicides to the Centers for Disease Control and Prevention between 2007 to 2010.

We can also do more to discourage the invisible transfer of legally purchased guns to those who may not pass a background check, which was the case in the recent San Bernardino shootings. A University of California study on reducing “straw gun sales”  found that measures requiring gun owners to file a report when firearms are lost or stolen reduced gun violence and did not discourage legitimate firearm purchases.

Innovative partnerships to promote voluntary gun control could also turn the tide of violence. Half of the nation’s gun deaths are suicides. Firearm owners aren’t more suicidal than non-firearm owners—just more likely to succeed with easy access to a gun. The New Hampshire Firearm Safety Coalition (public health and firearm advocates) developed a poster to display in stores and brochures to hand to customers about preventing a loved one’s suicide by temporarily restricting access to firearms amid crises. As of 2012, half of the state’s gun stores were using these materials.

The education sector has also taken steps to reduce violence on their campuses. The University of Connecticut’s Question Persuade Refer (QPR) technique connects students at risk of harming themselves or others with mental health services. The San Francisco public schools use positive behavioral, and social and emotional supports to promote feelings of safety and accountability in schools so fewer incidents result in exclusionary discipline against students or acts of violence.

Employers can also take steps to prevent violence. To increase workplace safety, prevention needs to run the gamut from  safety policies to detailed worksite analyses and training to identify and respond effectively to early warning signs when an employee’s or client’s behavior raises red flags about safety. Incidents need to be documented and reviewed regularly too: spotting trends in how conflicts are managed can improve practices and prevent routine conflicts from escalating to workplace violence.

Families and parents are finding ways to prevent gun violence too. The Sandy Hook Promise group, formed after the Newtown shooting, is expanding the policy debate to include crucial conversations that parents can have with their children and with other parents. The idea is to create healthy environments for children and to keep environmentally created mental health stressors at bay.

Neighborhood residents and business owners can also be part of the solution. Years of exposure to violence can desensitize communities to the shock of crime and make them afraid to report wrongdoing to police or testify in court. That’s why most urban gun crimes—including homicide—go unsolved.

And let’s not to write off youth who already have gun violence rap sheets. In Boston and Chicago, such interventions as the Safe and Successful Youth Initiative and Cure Violence have shown promising results by connecting young people in economically depressed areas with decent-paying work, educational opportunities, mentors, substance abuse treatment, and trauma-informed counseling—all aimed at chipping away at the underlying trauma that lifelong exposure to violence breeds.

Gun violence prevention is a battle with many fronts. As the Haddon matrix used by public health scholars described many decades ago, prevention strategies must address three things:  the host (the shooter’s mental health, political ideology, or disgruntlement), the agent (the weapon, its ease of access and power), and the physical and social environment (prevalence of violence in the culture, metal detectors, multimedia depictions, social norms, and acceptance).

Patricia Campie, has more than 18 years of experience as a criminologist, and is a principal researcher at AIR where she is currently leading a study on the Safe and Successful Youth gun violence initiative throughout Massachusetts.