Study of the Title I, Part A Grant Program Mathematical Formulas

In 1965, Congress established Title I, Part A (often simply called “Title I”) as a part of the Elementary and Secondary Education Act. The major goals of Title I funding are to provide services to children in low-income families and to support school districts with large numbers of poor children, also known as formula-eligible children. Formula-eligible children include 5- to 17-year-old children in families living in poverty, children who receive Temporary Assistance for Needy Families, children who are neglected or delinquent, and those in foster care.

Read highlighted findings from the study.

Today, Title I funds are allocated through a combination of four grants:

The 2015 Every Student Succeeds Act mandated a report examining the distribution of Title I funds to better understand how the current formulas affect various types of school districts—large and small, poor and wealthy, urban and rural. AIR conducted this report with the National Center for Education Statistics (NCES).

The report provides the public with information about how each component of the Title I funding formula affects the distribution of federal funds to states and school districts. It includes:

For basic and concentration grants, the report shows that per formula-eligible child:

For targeted and education finance incentive grants, the report shows that per formula-eligible child:

For more information and to view the report, please visit the NCES website.

Evaluating Title I, Part D Funds and their Impact on Neglected and Delinquent Youth

Title I, Part D of the 1965 Elementary and Secondary Education Act allocates funds to states and school districts to improve educational services for neglected and delinquent youth. This study, prepared by AIR for the U.S. Department of Education's Office of Planning, Evaluation and Policy Development, was designed to better ...
Contact 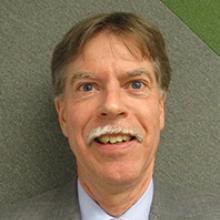