School Choice in the United States: 2019

School choice can describe a variety of things for different families. For some parents, school choice involves having other options within their public school system than their assigned school, including enrolling their children in a public charter school or a public school in a different district. For others, it can involve sending their students to private schools, which can be religious or secular, or deciding to homeschool their children.

Compiling data from a variety of sources and surveys from the U.S. Department of Education’s National Center for Education Statistics, School Choice in the United States: 2019 provides a snapshot of educational options such as traditional and charter public schools, private schools, and homeschooling. It contains eight indicators on topics such as enrollment, homeschooling, options and satisfaction, school crime and safety, and academic performance.

AIR is the lead author of the report. As part of its work, AIR staff developed seven of the eight indicators in the report.

Highlights from the report include:

The National Household Education Survey (NHES) program provides descriptive data on the educational activities of the U.S. population. The surveys cover learning at all ages, from early childhood to school age through adulthood. AIR’s experts provide support for all aspects of the survey.
Contact 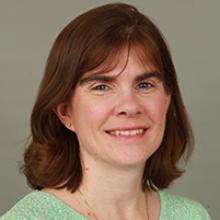