Low response may render a probability sample that behaves like a nonprobability sample. Achieving a high weighted response rate after a small nonresponse follow-up survey may be misleading due to instability in the resulting estimator. Release of many reserve replicate samples helps in reaching the target sample size but relies heavily on correct specification of the nonresponse model so that units from response-prone domains are appropriately weighted. Use of ad hoc substitution by similar units to offset nonresponse is subject to selection bias due to lack of correct selection probabilities.

As an alternative, a random replacement strategy for unbiased estimation with appropriate selection probabilities along with a nonresponse model is proposed based on the idea of reserve samples of size one, which can be viewed as follow-ups for nonresponding units. It is a takeoff from the random group method of Rao, Hartley, and Cochran (RHC) (1962) for probability-proportional-to-size (PPS) sampling where each stratum is randomly split into groups; then a single unit is drawn within each group.

In the proposed method, each stratum is partitioned further into zones formed after sorting for the purpose of implicit stratification so that values of sorting variables deemed as nonresponse predictors are well distributed across zones. The number of zones is about half the allocated sample size. Each zone is randomly split into groups as in RHC within which replicate samples of size one are selected to obtain a responding unit. This way, responding units from almost all zones are obtained, and then weighted estimates from all responding groups are combined after adjustments for nonresponding groups and zones, if any.

Due to relatively well-distributed responding units over the range of covariate values, the calibration for nonresponse is expected to provide robust estimation with respect to nonresponse bias even if the model is misspecified. The unit-level response rate remains low and is not altered by the new design, but the notion of a group response rate becomes meaningful, which can be made high by choosing a suitable number of replicate release within the data collection time frame and the budget allowed. Simulation results are presented to illustrate the nonresponse bias reduction property of the proposed estimator and the robustness of its mean squared error under misspecified models.

About the Office of Scientific Quality and Innovation (OSQI)

AIR’s Office of Scientific Quality and Innovation (OSQI) is responsible for advancing AIR's methodological capabilities, cultivating awareness of these capabilities among researchers and clients, and ensuring that AIR remains at the forefront of relevant methodological and technological advances and industry trends.​ 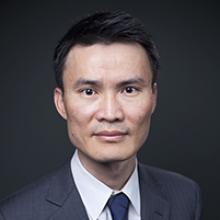