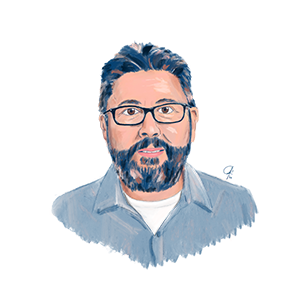 Roger Jarjoura is on the leadership team for AIR’s National Reentry Resource Center, funded by the U.S. Department of Justice. Prior to joining AIR in 2012, he spent 19 years as a faculty member in the Indiana University School of Public and Environmental Affairs, where he served as a fellow on community engagement.

Q: When people transition from prison back to their communities, what issues do they face? How will the National Reentry Resource Center aim to address those issues?

Roger: Prisoner reentry is one of the biggest public policy crises in the U.S. We lead the world in incarceration. More than 650,000 people a year return to their communities after they’ve been incarcerated; if you include people returning from jail, that’s seven million more. They’re often coming home to disadvantaged communities without many job opportunities. And the U.S. leads the world in the rate of recidivism, too: the best evidence suggests that more than 80 percent of those released from prison will be arrested again in the future. 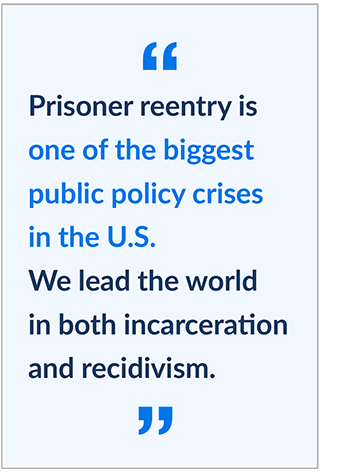 The National Reentry Resource Center is a project of the Bureau of Justice Assistance. Its scope and purpose are established by the Second Chance Act. For more than a decade, millions of dollars in grants have been made to Second Chance programs to reduce recidivism and help people succeed after incarceration. Our mission is to help these grantees make the most of their funding: AIR experts and coaches will provide hands-on implementation support, conduct site visits, and generally help them coordinate and assess their efforts.

Q: Why is recidivism a problem, and what are some evidence-based ways to reduce it?

Roger: It’s unfortunate when someone who comes out of a correctional program and is incarcerated again, because it squanders the person’s potential to be a productive member of society, and because incarceration is so expensive.

There are several things we could do to help set these individuals up for success instead:

Q: What are the biggest challenges and opportunities facing correctional facilities?

Roger: Most prison facilities are overcrowded, which makes them much hard to manage. That overwhelms their attention—that need to keep people safe—which gives them less opportunity to think about substantive programming.

In the U.S., we need to think about what we want incarceration to accomplish. For example, in some Scandinavian countries, when people are incarcerated, they keep their jobs and work during the day. Their punishment is that they sleep in the prison at night. But they emphasize helping people keep their lives in order and letting them provide for their families.

A book Roger suggests everyone read:

I loved “How to Hide an Empire,” by Daniel Immerwahr. It’s a history of the United States’ overseas territories and colonies, covering our relationships with places like the Philippines, Puerto Rico, Hawaii, and Guam—it’s really eye-opening.

Where you can find Roger on a typical Saturday afternoon:

Saturday is the one day that I try not to work! I love creating playlists—finding obscure songs, curating themes—and I could do it for hours. My colleagues in the offices next door to mine can always hear my music!

Q: You also have a long history of working on juvenile justice issues. Can you share an insight or breakthrough from your work?

Roger: At Indiana University, I started service-learning projects with my students. We realized that kids in the juvenile justice system weren’t being prepared for life in the community, and as a result, many would often end up back in the system. So, we created a reentry program where the youth received mentoring, and ran a randomized controlled trial to test it out, and we found it had dramatic results. Specifically, young people who received mentoring were much likelier to transition positively out of the justice system than their counterparts who weren’t mentored. Because the mentoring was so effective, I was asked to help expand the model across Indiana and then helped replicate it in three more states.

Q: What trends or topics in your field should people pay attention to over the next 5-10 years?

Roger: On the adult side, crime rates are at their lowest point since the early 1960s, yet there’s still this widespread perception that we live in particularly dangerous times. But the reason that we have so many people incarcerated is not because of rocketing crime rates, but because our justice system involves punitive practices.

In addition, this decrease in crime rates is not trickling down to the most distressed communities. There are still places where high crime rates persist, and it’s exacerbating inequality nationwide.

On the juvenile side, the current generation of teenagers is shrinking. This means fewer young people going through the juvenile justice system—for example, the San Francisco detention center is closing because there aren’t enough kids in it—and smaller caseloads for probation officers. We can take advantage of this more manageable population by providing better services to juvenile offenders and implementing innovative programs, while the resources are available. 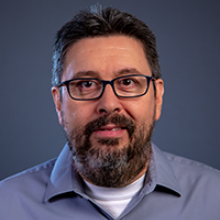