Five Things We Can Learn from Pre-K in Other Countries

A growing share of children in the United States participate in formal pre-kindergarten (pre-K/preschool) programs before they enroll in kindergarten. These programs are popular with parents, help children get ready for school, and can reduce academic achievement gaps in kindergarten and beyond.

Behind the Numbers
Connecting All Children to High-Quality Early Care and Education examined access to and participation in pre-school in 17 countries:

The evidence base regarding the most effective approach to pre-K is mixed, with some approaches showing greater benefits than others, as summarized in a 2016 report from the American Enterprise Institute. Economists interpreting the available evidence generally support government investment in quality early childhood programs because the benefits of such investments tend to outweigh the costs. Unfortunately, despite this public and academic support, more than one in three children in the U.S. still enter kindergarten without having attended any formal preschool program. This proportion is considerably higher than in most other high-income countries in the world.

To examine how best to increase the number of children who enroll in preschool, the Robert Wood Johnson Foundation asked us to look outside of the U.S. at other high-income countries that have much higher rates of preschool participation. What are the relevant government policies and programs in those countries, and could some of these be adopted here in the U.S.? (All of us realized that the policies we identified may not have caused the differences in preschool participation; this was strictly an exploratory study of policy differences).

Our research, an inventory of official documents from 17 countries (See sidebar), followed by interviews with a select sample of European policymakers and experts, points to five distinguishing policy features that appear to matter:

Although adopting these policy and program features in the United States is easier said than done, several states and cities successfully operate universal pre-kindergarten programs that have high and fast-growing participation rates across income groups. These states and localities also often share one or several of the five policy features introduced above. For example, New York City’s free Pre-K for All program scaled from 20,000 to 70,000 program slots between 2014 and 2016 and managed this scale-up while maintaining strict and comprehensive quality standards (which research suggests are important) and enrolling children across all income groups and neighborhoods citywide. Similarly noteworthy programs include statewide universal pre-K programs in Georgia and Oklahoma. In 2016, Oklahoma achieved a 91 percent preschool enrollment rate among four-year olds, which is comparable to many Northern European countries. While not at the same scale we see in Europe, these state examples show us that quick and substantial progress is possible toward large-scale, quality pre-kindergarten programs for U.S. young children and their families.

As in the European countries we studied, the main barriers to implementing these approaches are a lack of sustained and reliable funding and the need to coordinate policy across different providers and systems. The most promising state and local pre-K initiatives have successfully addressed these challenges.

Hans Bos is a senior vice president at AIR who specializes in the evaluation of education programs serving children of all ages.

Gabriele Fain is a principal researcher who specializes in early childhood development and education.

Elena Rein is a research assistant who conducts quantitative and qualitative research on education and social welfare programs.

Note: Most of this evidence is from strong quasi-experimental studies, including studies that use regression-discontinuity designs. These studies provide strong inference about the effects of pre-K for children on the cusp of being age-eligible to enroll in these programs but their findings do not always generalize to the larger population of enrolled children or to universal pre-K programs more broadly defined. 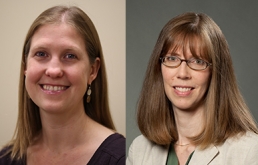 Connecting All Children to High-Quality Early Care and Education: Promising Strategies From the International Community

High-quality early care and education (ECE) provides an important foundation for young children’s success in school and in life. With support from the Robert Wood Johnson Foundation, AIR conducted a scan of efforts to improve access to quality ECE for low-income, minority families in other countries that might inform learning and practice in the U.S. context.
Topic:
Education, Early Childhood and Child Development, International, International Early Childhood and Child Development, International Education