Measures of Medicare's Finances Reconsidered: A Series of Briefs

The first issue brief examines on an annual basis how much taxpayers and beneficiaries each contribute to the costs of the Medicare program and how that will grow over time. It uses the basic principle that Medicare is a “pay as you go” program, funded each year by current taxpayers. And it recognizes that the program has multiple sources of financing and multiple payers of the various components. 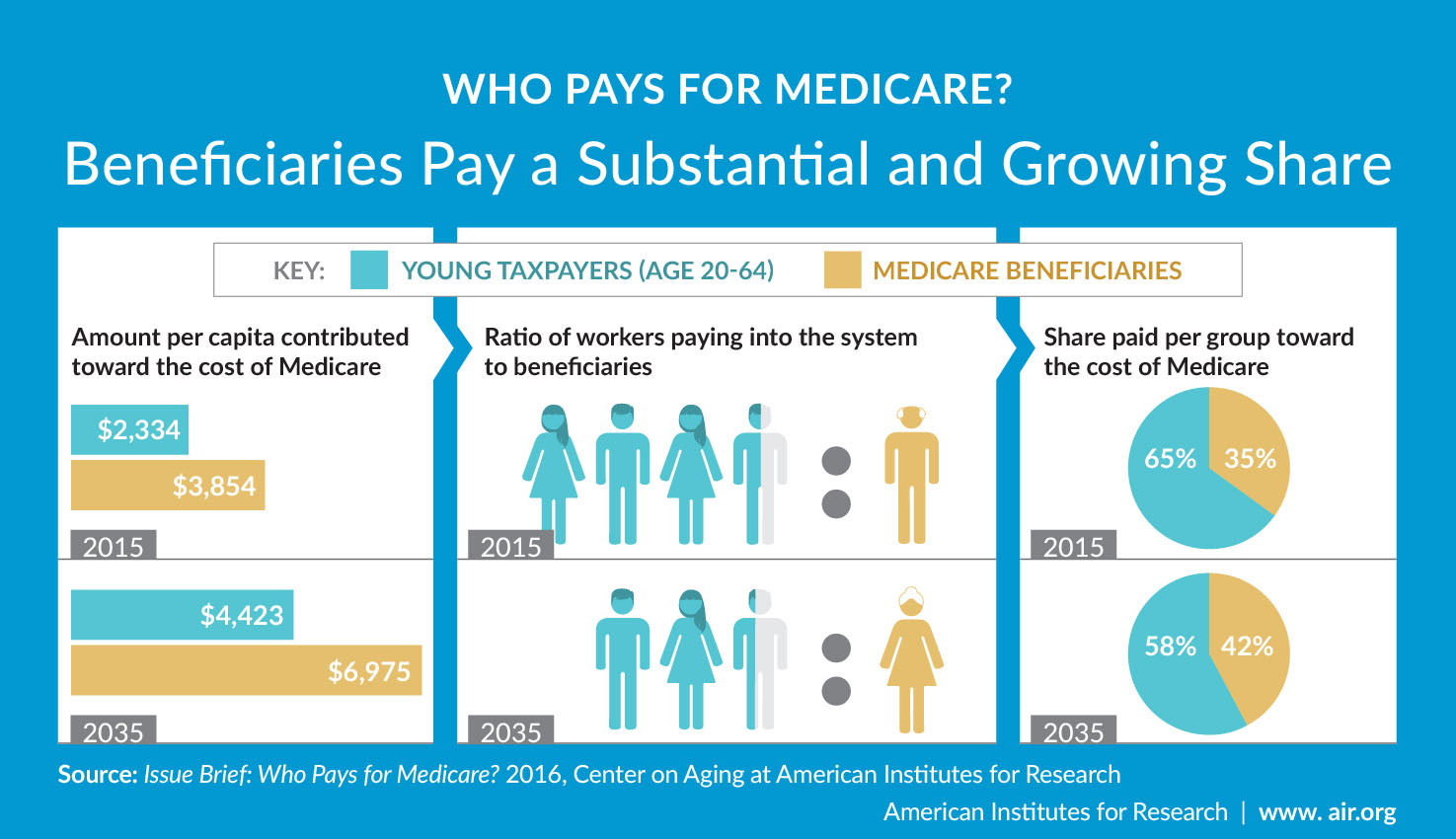 The basic measure described in the first brief is then used to examine how this will affect taxpayers in this second brief.

The third brief addresses what beneficiaries will have paid into the system over their lifetimes and compares that to the value of the benefits they will receive. We are somewhat skeptical of the value of this measure; recent versions have been cited frequently, but often in ways that are interpreted incorrectly. Our approach properly aligns the financing sources with the benefits received—a flaw in other commonly cited versions.

The final brief combines the results to indicate where the measures differ in the information they provide. In particular, the differences between the pay as you go view and the lifetime contributions view are important to explore.