Public Safety: The Role of Data in Ensuring Dignity and Creating Thriving Communities

Public safety is essential to a thriving community, influencing our life opportunities, health, and well-being. Yet communities across the nation have vastly different experiences with the systems responsible for ensuring public safety. Many, especially those affected by the harms of historic racial and social inequities, are grappling with complex issues, like the roles and responsibilities of law enforcement officials and the most effective policing approaches to foster dignity and improve public safety. To explore these challenges, the AIR Equity Initiative hosted the first in a two-part roundtable series to explore data-informed efforts to enhance equitable public safety and policing experiences that promote safe communities for all.

Watch a recording of the event.

Nicholas Sensley, founder and CEO of the Institute for American Policing Reform and an AIR Equity Initiative grantee, moderated the discussion. Roundtable panelists included Ron Huberman, CEO and co-founder of Benchmark Analytics; Rashawn Ray, Ph.D., an AIR Institute Fellow and professor of sociology at the University of Maryland, College Park; and Candace Hester, Ph.D., a principal researcher at AIR.

Data allow us to understand our strengths and weaknesses and improve upon ourselves and our relationships, to broaden the collectiveness of being truly in community.

Sensley, a former police chief in California, began the conversation by underscoring that “information, or data, is power.” Data, he said, allow us to “understand our strengths and weaknesses and improve upon ourselves and our relationships, to broaden the collectiveness of being truly in community.”

Sensley argued that accomplishing thriving communities and equitable public safety experiences requires the creation of a blueprint for policing and public safety that is grounded in “dignified uses of data, dignified methods of collecting data, [and] the respect of persons … whom the [data will] impact.”

Panelists drew on their experiences to share how data can be used both to ensure dignity within American public safety and policing systems and to develop thriving communities.

Start with the Soil

Ray emphasized that peaceful, thriving communities are not possible without equity and explained that while current law enforcement officials did not create the inequities that we see, they can play a role in correcting them. He noted that policymakers and law enforcement officials must create policies that deal with not only the “bad apples” who engage in excessive use of force and other indignities, but also the “soil from which they grow,” in other words, the systems and practices that enable them. Moreover, Ray noted, policy and practice must protect the “good apples,” who go up against the “blue wall of silence.”

Learn more about how the AIR Equity Initiative is addressing justice in public safety and policing.

Ray’s comments reflected his work as the executive director of the Lab for Applied Social Science Research at the University of Maryland, College Park, where he has developed virtual reality training for police departments. This training not only addresses individual actors but also directly targets how police training and unit culture can result in subpar outcomes for communities.

Huberman—who served for 16 years with the City of Chicago, including nine years as assistant deputy superintendent in the Chicago Police Department—suggested two actions are critical to preserving dignity with regard to justice system outcomes:

Reflecting on his experience, Huberman noted that dignity is lost when people are stereotyped rather than seen as individuals, systems and system actors are unaccountable for their actions, and injustices go unheard and unaddressed.

By creating feedback loops that intentionally welcome community and stakeholder voices into the process—rather than doing so on an ad hoc basis—policymakers and practitioners can begin to bring dignity to reform efforts.

Hester, an AIR Equity Initiative grantee and primary investigator studying the implementation and outcomes of justice system programming, emphasized the need for a new model of police reform that incorporates new and diverse voices. Building on her experience working with institutions like the Institute for American Policing Reform, Hester recommended that justice-related institutions bring together community members and law enforcement stakeholders to think more strategically about how to equitably elevate various voices, experiences, and stories.

Hester urged the creation of more ways to make communities feel invited and included, as well as heard and honored, particularly because current data might not reflect the experiences of all individuals. By creating feedback loops that intentionally welcome community and stakeholder voices into the process—rather than doing so on an ad hoc basis—policymakers and practitioners can begin to bring dignity to reform efforts.

Panelists agreed that more feedback loops and other mechanisms for people to share their perspectives and experiences would be beneficial, but they recognized that history and previous experiences make it hard for many community members and “beat cops” to have trust in that process. Building trust stood out as an important component of making such a process work.

To begin building a dataset that can inform the needs of a thriving community, panelists urged the collection of metrics that capture the good done in communities while also giving voice to grievances.

...[N]o amount of data will convince communities that police are doing a good job if historical harms are not addressed.

As Ray pointed out, currently collected data tend to focus on negative incidents—a deficit approach that captures events like police violence or harms to communities rather than instances where police have contributed to peaceful communities. Huberman argued that there is a “massive void of understanding what makes for peaceful communities,” and “there are so many other metrics and players who should be accountable to [ensuring] peaceful communities.”

Huberman offered that while data are necessary to drive policy changes, changing human behavior is also important. Huberman went on to explain that no amount of data will convince communities that police are doing a good job if historical harms are not addressed. “If we don't alter the human interaction, nothing else will ultimately change,” Huberman said.

Please join us for a discussion on the path forward on Thursday, Dec. 8, 2022, from 1–2:15 p.m. ET. A panel of experts will delve into the roles of partnership, investment, research evidence, and practice in the journey to create equitable, thriving communities for all.

Focusing on the idea that equity is central to policing progress, panelists closed their discussion by contending with the relationship between equity and equality. Ray offered that equality is about procedural justice, while equity is about corrective justice. The former ensures people within the justice system are treated the same and the latter rectifies historical harms. Both are necessary as we move toward a new paradigm of policing. As the event underscored, rigorous evidence and anecdotal data demonstrate the harms of the past, and instead of moving beyond this history, advocates, practitioners, and the public must contend with this history—and these data—to inform a new path forward. 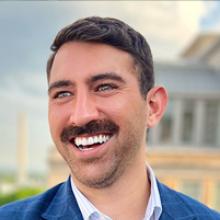 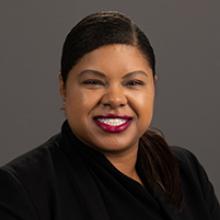