This is the first of two posts about U.S. teens’ results on a recent international assessment of financial literacy.

The first international survey of 15-year-olds’ financial literacy, released last month, revealed that U.S. teenagers score on a par with teens around the world. But among U.S. 15-year-olds, regardless of socioeconomic status, teenagers who had a bank account and a pre-paid debit card had higher financial literacy scores than those who had neither.

The Organization for Economic Cooperation and Development’s (OECD) Program for International Student Assessment (PISA) financial literacy assessment measured the ability of 29,000 15-year-old students in 18 education systems to solve financial problems and make financial decisions in real-life contexts. Students answered questions about their experiences with money and were assessed in skills such as interpreting pay stubs, taking out loans, and purchasing groceries in bulk. More than 1,100 students in the United States took the assessment.

U.S. 15-year-olds scored average overall compared to their international peers
U.S. students scored 492 (out of 1,000) on the assessment of financial literacy, indicating that on average, U.S. students can apply their understanding of commonly used financial concepts, terms, and products to situations that are relevant to them. The United States ranked alongside the OECD average and seven education systems, higher than three education systems and lower than seven other education systems. 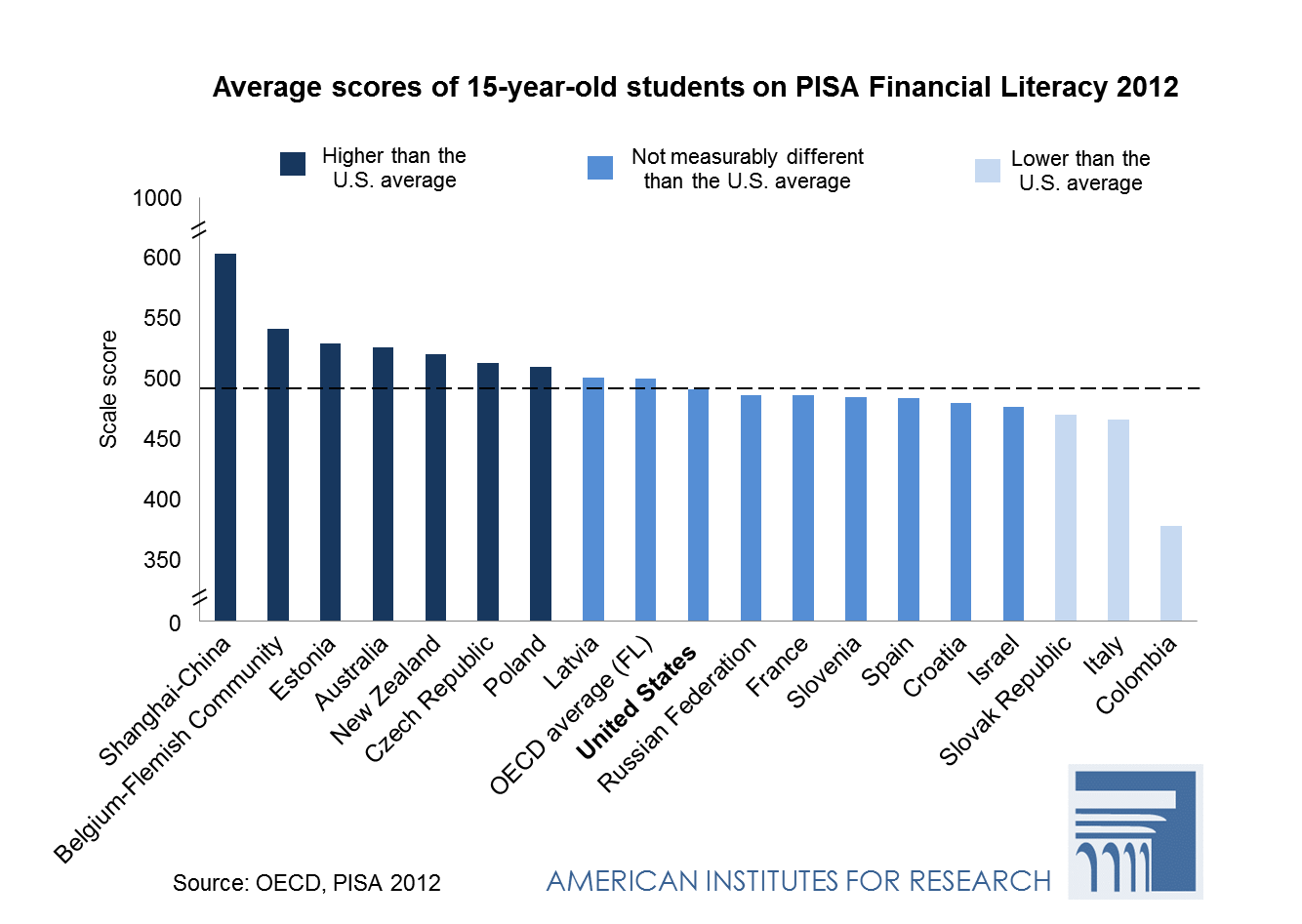 Sources of teen funds vary by gender
U.S. teenagers are most likely to receive their money from gifts. U.S. girls are more likely than boys to receive money from gifts, as well as from allowances without having to do chores. U.S. boys are more likely than girls to receive money from working outside school hours, from working in family businesses, and from selling things (for example at local markets or on eBay). According to the report, this may suggest that boys start to become financially independent at an earlier age than girls.

No matter the source of the funds, teens who have hands-on experience with saving and debit-card spending seem to know more about how to manage money. According to the PISA financial literacy report, previous studies have shown that when it comes to finances, direct “learning by doing” fosters good habits and shapes behavior.