Despite recent gains in such educational indicators as student enrollment and completion rates, Nicaragua’s primary education system still faced serious challenges with respect to access and quality of education. Net primary enrollment rates were near 90 percent but many public primary schools lacked the means to provide students with the basic cognitive skills they need to succeed. Project EXCELENCIA focused on strengthening the quality of education at the primary school level in Nicaragua.

The overall objective of the USAID-funded Project EXCELENCIA was to expand nationwide in Nicaragua an enhanced educational model that promotes active teaching and community participation. This model was strengthened by the application of a reformed curriculum based on competencies, which incorporated the educational needs of indigenous peoples and ethnic communities.

The EXCELENCIA project had four major programmatic interventions that built capacity at the departmental, municipal, NGO, and school levels:

EXCELENCIA organized training and capacity building workshops for Ministry of Education) officials, teachers, school directors, school councils, and students to empower the key players to sustain the educational model upon project completion.. To implement activities on the Atlantic Coast of Nicaragua, EXCELENCIA partnered with FADCANIC, a local NGO, to validate a local-based curriculum and develop materials in the languages of the indigenous and Afro-Caribbean students.

By the project’s end, EXCELENCIA's model school approach functioned in 3,000 schools throughout Nicaragua (in at least 2,692 public schools and over 300 privately managed schools). 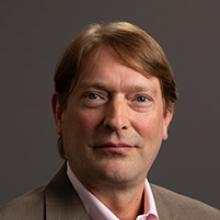