The Good Behavior Game (GBG) is a team-based classroom behavior management strategy designed for early grades, helping children master the role of student and be successful at the demands of the classroom. The GBG promotes positive behavior and has shown positive long-term impacts for students.

AIR's GBG team joined the National Coordination of Mental Health, Alcohol, and Other Drugs (Brazilian Ministry of Health) to pre-pilot the Good Behavior Game in Brazil. The government of Brazil mobilized the funds through the United Nations Office on Drugs and Crime, who served as the project executors in partnership with the government team.

This is the first time that GBG has been implemented in Brazil. As part of the cultural adaptations, they renamed the game to “Elos,” meaning "links and connections." The goal of the pre-pilot was to test the feasibility and acceptability of the game and its components, as well as the potential to promote positive changes in Brazilian classrooms. Six local coaches delivered the teacher trainings and ongoing support, and AIR staff trained and supported the Brazilian federal team and the local GBG coaches.

Overall, teachers were positive about their experience with the Elos Game. More than 64% indicated it was simple to implement in their classrooms. On average, teachers played the game two to three times a week, for 10-30 minutes at a time, and across a range of subjects. Nearly 60% of teachers considered the game to be a useful tool for managing student behavior and would recommend it to other teachers and directors (i.e., principals). Furthermore, 53% of teachers had high motivation to continue to use the game in the classroom.

More than half of the sample of directors and teachers were in favor of continuing with the Elos Game in the future. The federal prevention team in Brazil noted that the greatest accomplishments of the game were changes in teaching practices. Teachers indicated that students learning to work in a team improved behavior in the classroom and supported the introduction of new learning strategies. While some modifications will need to be made to the model of training and support to ensure successful implementation in the Brazilian context, the Good Behavior Game (Elos) is capable of promoting positive changes in the behavior of students and teachers in Brazilian schools. 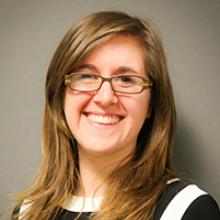