Due to the scope and complexity of National Center for Education Statistics (NCES) datasets, researchers often must use several different software tools to access, clean, and analyze its data. In response, AIR developed specialized tools to streamline the process. These tools take advantage of advances in computing and meet the shifting trend in higher education to move away from using commercial statistical software packages in favor of open-source software packages.

One of these tools, EdSurvey, is an R statistical package tailored to processing large-scale education data with appropriate procedures to analyze these data efficiently, taking into account their complex sample survey design and the use of plausible values.

Analyzing NCES data was costly, complex, inaccessible, and burdensome for researchers, requiring access to expensive and heavily programming-based software packages. Researchers tended to spend more time and effort loading and cleaning the data than analyzing the data itself.

NCES asked AIR to create an affordable set of tools that would streamline the multi-step data preparation process, scale to the changing needs of the research community, and ensure the data were accessible and reusable. Our researchers developed—and continue to maintain—a complete open-source solutions infrastructure consisting of primary and supplementary packages built in R:

The  EdSurvey Version 3.1 includes data from the following sources:

AIR’s development of EdSurvey and ancillary R tools has supported NCES by bringing innovation to the analysis of complex data structures and has broadened the user base by expanding the awareness of these datasets to new audiences.

In 2018, former associate commissioner, now NCES Commissioner Peggy Carr expressed that EdSurvey “represents a huge technological innovation in the analysis of survey data collected using a complex sample design” and that the “availability of EdSurvey substantially reduces the burden on the individual researcher” to analyze data collected with a complex sample design.

Since 2014, AIR has rolled out six R packages, with over 100,000 downloads from R CRAN. The team has also been nominated three times for the Bradley Hanson Award, a national level award for contributions to educational measurement.

EdSurvey and its ancillary R tools were intentionally designed and developed as an open-source suite to provide sophisticated analysis and visualization software at no cost to the end user, thus providing equitable access to NCES large-scale assessment data tools to a broader and more diverse audience.

Unless you already have R version 3.5.0 or later, install the latest R version. Users also may want to install RStudio desktop, which has an interface that many find easier to follow.

Inside R, run the following command to install EdSurvey as well as its package dependencies:

Once the package is successfully installed, EdSurvey can be loaded with the following command:

The key functions of EdSurvey Version 3.1 include:

As the development of EdSurvey progresses, several additional functions, such as IRT and other statistical methods will be added to the package.

Documents that describe the analysis of specific survey data in the EdSurvey package include the following:

Documents providing an overview of functions developed in the EdSurvey package include the following:

Documents that describe the statistical methodology used in the EdSurvey package include the following:

Please report bugs and other issues on our GitHub repository at https://github.com/American-Institutes-for-Research/EdSurvey/issues. 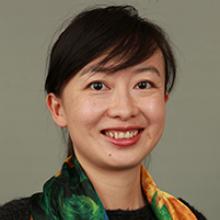 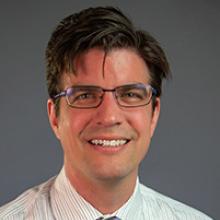