Paul Bailey is a senior economist at AIR. He joined AIR in 2012, after receiving a Ph.D. in economics at the University of Maryland. Before that, he earned a master’s degree in statistics from The University of Chicago. He specializes in statistics, research design, psychometrics, and educator value-added modeling.

Dr. Bailey currently works as the Head Statistician on the EdSurvey development team, developing an R package for analysis of NCES data. He has developed novel methods for calculation of weighted correlations in the wCorr package and has embedded use of plausible values, and a jackknife replicate weights and Taylor series approximations into the EdSurvey package, substantially reducing the difficulty of using NCES data. He is also the project director for work for new work for the Arnold Foundation on the return to education for veterans using GI Bill funding.

Previously he was AIR’s head statistician for New York State's value-added model for educator evaluation, the results of which were used in annual performance reviews for principals and teachers throughout the state. As head statistician for New York, Dr. Bailey worked with the state to develop, evaluate, and maintain models and managed AIR computing staff that produced results used by the state.

Dr. Bailey has also recently worked with Collaborative for Academic, Social, and Emotional Learning (CASEL) where he performed psychometric analysis of social emotional learning (SEL) student surveys and wrote psychometric technical reports on the properties of social emotional learning, identifying constructs from previously unanalyzed surveys and characterizing evidence for the psychometric validity of existing constructs on other surveys.

Before becoming an economist, Dr. Bailey worked for seven years as a radiation physicist for the U.S. government, specializing in the measurement of cosmogenic ionizing radiation. 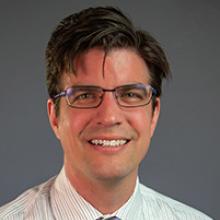 This report introduces the methodology used by the wCorr R package for computing the Pearson, Spearman, polyserial, polyserial, polychoric and tetrachoric correlations, with and without weights applied. Simulation evidence is presented to show correctness of the methods, including an examination of the bias and consistency. ...

The released EdSurvey Version 3.1 is an R statistical package tailored to processing large-scale education data with appropriate procedures to analyze these data efficiently, taking into account their complex sample survey design and the use of plausible values.