In 2014, about half (49%) of the estimated 1.1 million Americans living with HIV were virally suppressed, or had their virus under control, according to the Centers for Disease Control and Prevention (CDC). Achieving viral suppression is central to CDC’s high-impact HIV prevention strategy because people who achieve and maintain viral suppression live longer, healthier lives and dramatically reduce their risk for transmitting HIV to others.

People living with HIV may not engage in care or drop out of care for a number of complex reasons, including stigma, shame, perceived or real concerns about taking HIV medications, and the cost of medical care. In September 2014, CDC launched HIV Treatment Works—its first campaign focused on people living with HIV with the goal of encouraging them to get in care, start taking HIV medications, remain in care, and adhere to treatment.  This integrated social marketing campaign features Americans from all walks of life discussing how regular care and HIV medications empower them to live well with HIV. Featured participants also discuss barriers they have faced on their journey.

AIR worked closely with CDC to plan and launch HIV Treatment Works campaign, and supports it through several activities:

Since HIV Treatment Works launched, we have reached more than 325,000 individuals and disseminated more than 150,000 campaign materials at community events. In addition, we have secured 1,497,982,911 paid and donated media impressions.

HIV Treatment Works is part of Act Against AIDS, CDC’s national communication initiative to raise awareness about HIV/AIDS in the United States. The initiative includes multiple campaigns for different audiences, as well as tools and information for health care providers regarding HIV testing, prevention, and treatment. 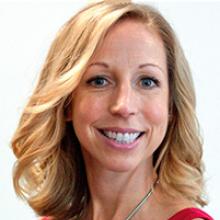