The Delta Cost Project at American Institutes for Research (AIR) makes a unique contribution to the dialogue by focusing on how colleges spend their money. We believe college spending can be contained without sacrificing access or education quality.

The Delta Cost Project provides policymakers, higher education administrators, and the general public with analyses and resources to deepen understanding of what colleges do with their money. Our team focuses on four key questions:

The answers to these questions provide insight into the challenges and opportunities we face as we strive to improve higher education affordability and accessibility in the United States.

In January 2012, AIR took over the analytic work of the Delta Cost Project. The National Center for Education Statistics is maintaining the Delta Cost Project’s database as part of its Integrated Postsecondary Education Data System (IPEDS). IPEDS conducts annual surveys gathering information from every college, university, and technical and vocational institution that participates in the federal student financial aid programs.

Colleges and universities are relying heavily on contingent faculty to increase flexibility and reduce costs. These resources explore this trend to determine where contingent faculty are most often hired and savings actually result in lower overall costs.

The Shifting Academic Workforce: Where Are the Contingent Faculty? (November 2016)

Cost Savings or Cost Shifting? The Relationship Between Part-Time and Contingent Faculty and Institutional Spending (November 2016)

These briefs detail the findings from a study by AIR for the TIAA Institute. The study found colleges are increasingly hiring lower-paid part-time and limited-term contingent faculty, who in 2013 made up more than half of all instructors in higher education. This trend has led to cost savings in salaries and benefits for instructors, but hasn’t translated to the same level of savings when looking at the total compensation of all employees.

Financial and performance trends suggest that, five years after the onset of the recession, higher education finally began to show signs of a fiscal recovery. But are students still picking up some of the slack?

Policymakers, students, parents, and the media are taking a hard look at the value of higher education. Which college to choose? Associate's or Bachelor's degree? What major? The research featured here offers insight on how those choices affect students' success and future earnings.

On January 8, 2015, President Obama initiated a nationwide conversation about community colleges and the education of the “middle class” by proposing a tuition-free community college plan. Although it has received far less attention, the President’s plan also called for effective support services that can help students stay in college long enough to advance their career goals by completing degrees or certificates and/or transferring to four-year institutions. Rather than free tuition, which already exists for most students who need it, this study maintains instead that proven student support services are what need to be funded.

College students now expect tuition bills 4 to 6 percent higher than they paid the year before. That often means students in four-year public universities pay several hundred dollars more annually while students at private universities shell out upwards of a thousand dollars more each year. What is all this extra money buying?

This Trends in College Spending update finds that subsidies for public higher education institutions have hit a 10-year low, while students for the first time pay on average half or more of their education’s cost. Additionally, community colleges are posting the lowest level of spending per student in a decade. The updated report presents national-level estimates for the Delta Cost Project data metrics during the period 2001–11. 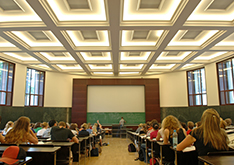 The growing furor over the cost of college has spawned various explanations of why tuitions have escalated much faster than inflation and family income. Often, “administrative bloat” is blamed. It is easy to find examples of college presidents with exceptionally high salaries and other senior staff who don’t teach, and it is true that the numbers of non-teaching staff at our colleges and universities have risen markedly. But is it also true that our colleges are being overrun with administrators? Not necessarily.

This report looks at long-term employment changes on college and university campuses during the past two decades and examines fluctuations in faculty staffing patterns, growth in administrative positions, and the effects of the recent recession on long-standing employment trends. It goes beyond other studies to explore the effects of these staffing changes on total compensation, institutional spending patterns, and ultimately tuitions.

Using data from the Delta Cost project, this infographic shows the increasing rate of part-time faculty and instructors in higher education over the period 1990-2012. 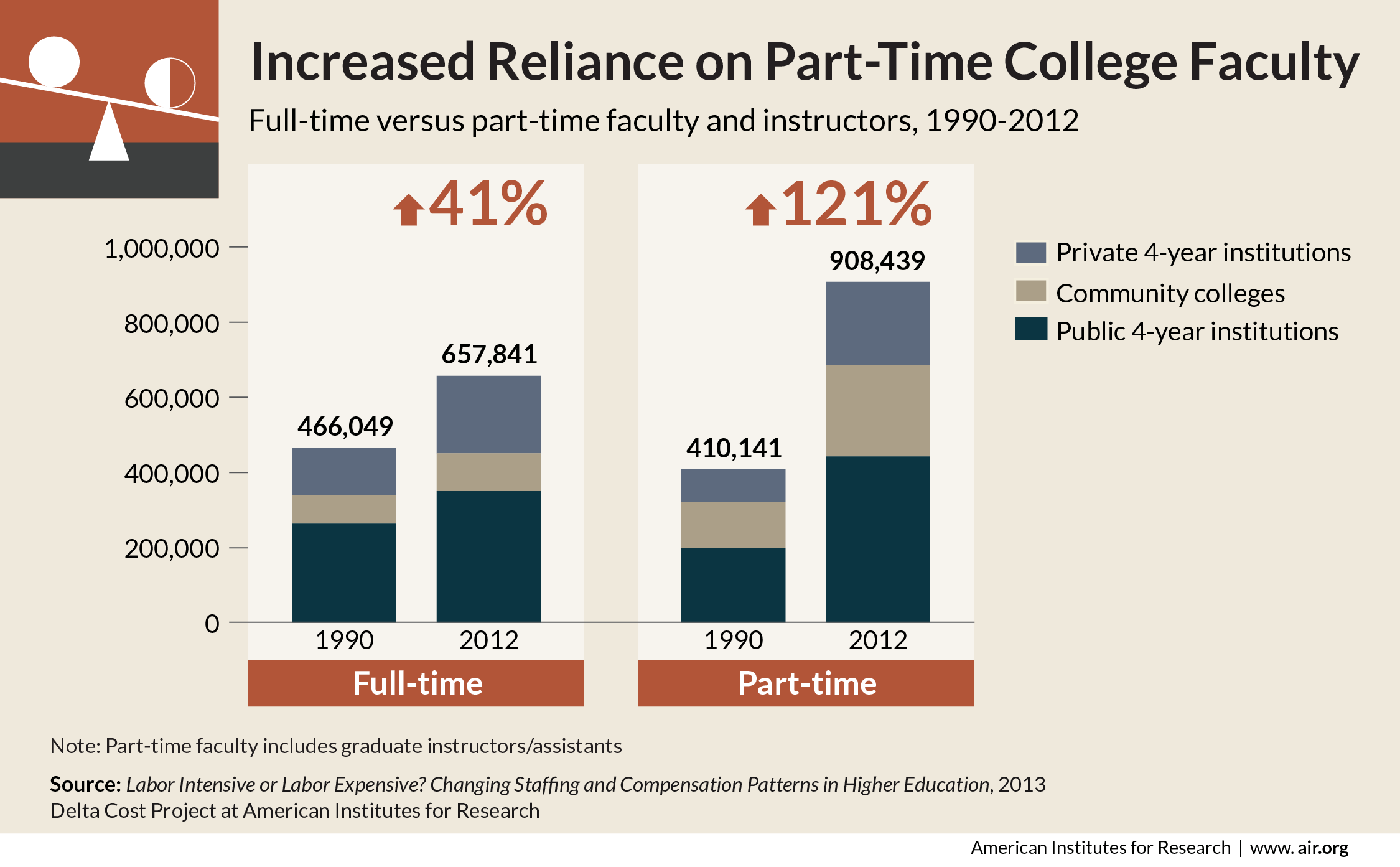 This brief highlights recent trends in athletic and academic spending at public Division I colleges and universities, which show that athletic departments spend far more per athlete than institutions spend to educate the average student—typically three to six times as much. 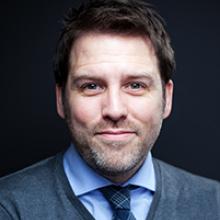 Principal Researcher
Related Topics
Education
Postsecondary Education
Colleges Increasingly Use Contingent Faculty to Cut Costs, but Savings are Modest When Accounting for Compensation of All Employees
College Subsidies Hit Decade Low as Students Pay at Least Half of Their Education Cost for the First Time
Report: Colleges Trim Costs by Hiring Part-Time Faculty But Savings Undercut by Increases in Benefits Costs and Hiring of Non-Instructional Staff
Athletic Departments in Most NCAA Division I Public Colleges Spend Three to Six Times More Per Athlete Than Their Institutions Spend to Educate Each Student