Think Again: Is Rampant College Spending Behind Skyrocketing Tuition Bills? Or Not? 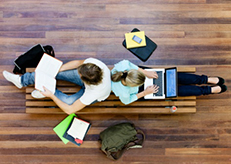 What is all this extra money buying? An hour-long campus tour suggests gleaming student centers, fully wired campus housing, gourmet food service, and, of course, the requisite climbing wall.  But those tuition dollars are actually serving a much more fundamental purpose—they increasingly pay for the basic costs of running a university. (The tour frills come mostly from non-tuition dollars.)

Back in 2001, states kicked in on average about $11,000 for each student attending a public research university according to Delta Cost Project analyses.  A decade later, that dropped down to less than $8,000.  Public university students now pay more than half of what it costs colleges and universities to educate them.  Higher levels of state support meant that students previously covered only about 35 percent of the cost. Even at private universities, where subsidies are funded through endowments or other revenues, students are paying a rising share of costs.

But empty state coffers and recession-pocked endowment funds don’t get all the blame.  Faced with diminishing state revenues per student, public colleges and universities opted to shift expenses to students rather than cut costs.  That said, after a financially tumultuous decade, spending at public colleges and universities was pretty tame—averaging increases of less than half a percent per year after inflation.  Private universities—at least until they too felt the recession’s clenching fist—continued to spend, spend, spend, upping academic costs by 1 to 2 percent more than inflation each year.

And to be fair, students aren’t entirely blameless either. They’re often racking up more credit hours than their degrees require, taking longer to graduate (admittedly because some required courses are full or infrequently offered), or sometimes not graduating at all—all of which boosts costs.

Curbing rising tuition prices is an assignment for states, students, and colleges.  All have a role to play in making college affordable and accessible.