Jennifer O’Day is an Institute Fellow at AIR. Over the past 25 years, Dr. O’Day has carried out research, advised national and state policy makers, and written extensively in the areas of systemic standards-based reform, educational equity, accountability, and capacity-building strategies. One main focus of her work in recent years has been on strategies for intervening in low performing, high poverty schools identified under systems of state, local, and federal accountability.

Since joining AIR in 2002, Dr. O’Day has led the state evaluation of California’s Public School Accountability Act (2002-03), the national evaluation of State Implementation of NCLB (2003-08), and the national evaluation of the implementation of Title III of ESEA. This and related work has led to Dr. O’Day’s emphasis on the vital role that school districts play in establishing the conditions for meaningful change in schools and classrooms. In line with this emphasis, she led a four-year investigation (2004-08) of the implementation and effects of the literacy reforms in San Diego City Schools and convened a recent review of the reform strategies in New York City under the leadership of Mayor Bloomberg and Joel Klein (Education Reform in New York City: Ambitious Change in the Nation’s most Complex School System, Harvard Education Press, 2011).

Dr. O’Day is the founder and chair of the California Collaborative on District Reform, which for six years has joined researchers, district practitioners, state policymakers, and funders in an on-going, evidence-based dialogue and collective action to improve instruction and student learning for all students in California’s urban school systems, with particular emphasis on linguistic minorities, who make up over 25% of California’s student population. Dr. O’Day is also a co-convener of the national Working Group on ELL Policy.

Fostering Innovation: How User-Centered Design Can Help Us Get the Local Control Funding Formula Right 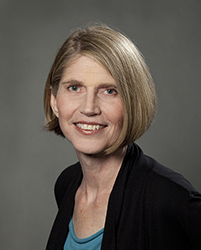