Washington, D.C. – One in six who earns a Ph.D. in science, technology, engineering or mathematics (STEM) pursues a career outside the field, with women and blacks most likely to do so, finds a new American Institutes for Research (AIR) analysis of what general career paths and work these Ph.D. holders take up once leaving their discipline. Using a weighted sample of 425,431 participants in the National Science Foundation’s 2010 Survey of Doctorate Recipients, the authors examined those who received a doctorate in a STEM discipline between 1959 and 2010, with most in the middle of their careers, with 78 percent earning their degrees 10 years ago or longer.

Key findings about STEM Ph.D. holders who have left their field include: 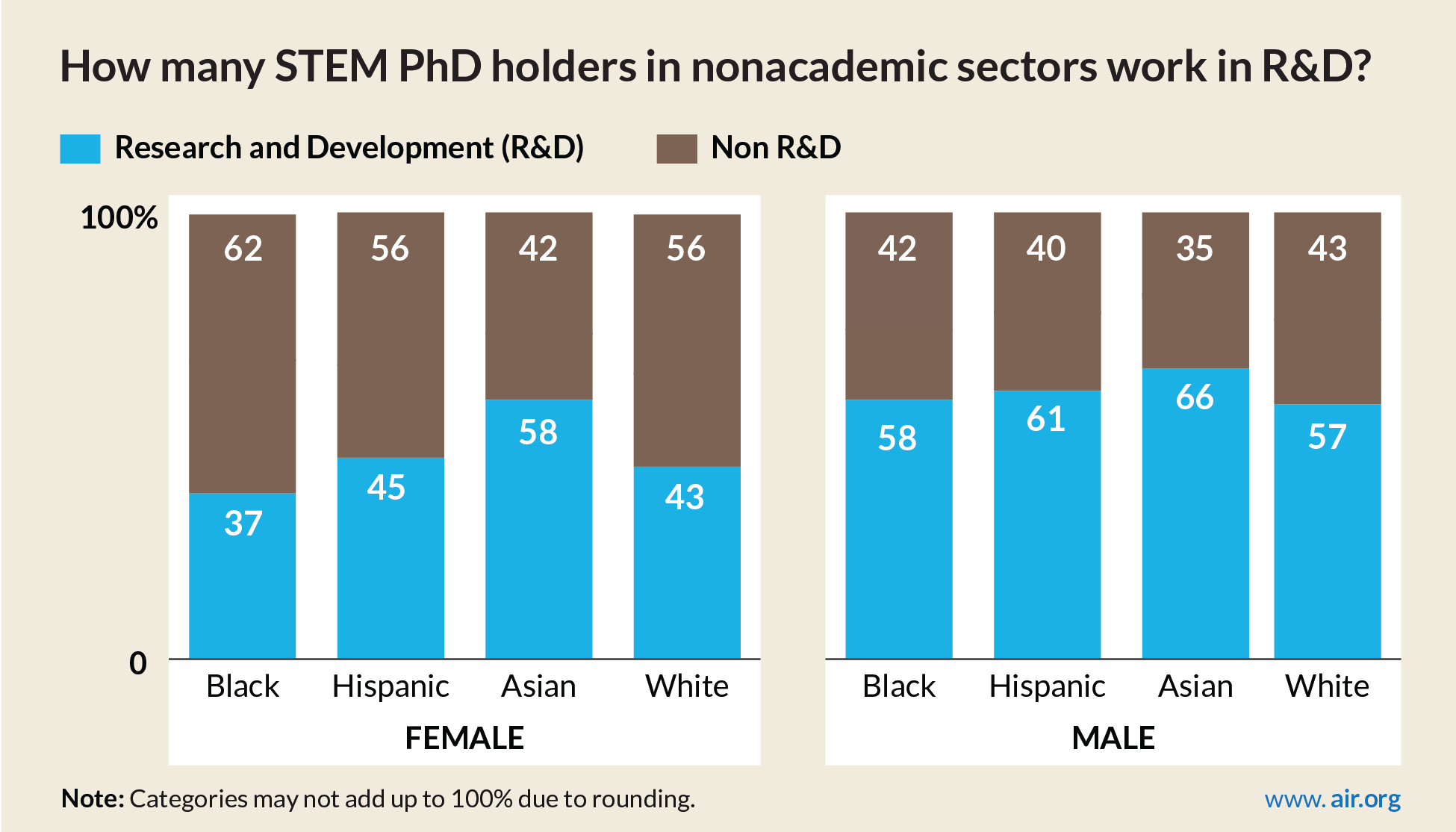 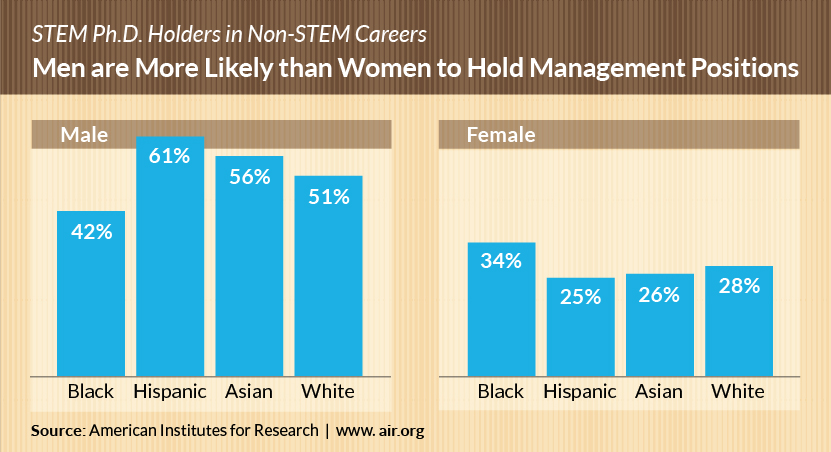