Washington, D.C. — Despite positive changes at low-performing schools that received federal grants to spark dramatic improvement, teachers from a diverse group of case-study schools question whether those changes are sustainable.

That finding is part of a multiyear examination, led by the American Institutes for Research (AIR) for the Institute of Education Sciences, of schools that receive School Improvement Grant (SIG) funds from the U.S. Department of Education. Although the program has been dismantled, the struggle to jump-start long-struggling schools continues. The study offers a detailed look at commonly used strategies and lessons learned from such efforts, but also echoes educators’ widespread fears about the fragility of so-called “school turnaround.”

The case studies—conducted by AIR and its research partner, Mathematica Policy Research—examined 25 SIG-funded schools from 2010-2012 and a smaller subset of 12 schools over the grants’ entire three-year lifespan, ending in 2013.

Most teachers in seven of the 12 schools that the study team followed for all three years reported that their schools had changed in primarily positive ways during the grants’ lifetime. Only two of those same 12 schools appeared likely to sustain their improvements. Six appeared to have mixed prospects, and prospects for the remaining four appeared weak, according to teacher survey responses and site-visit data. Many interviewees expressed fears about their schools’ ability to recruit and retain strong leaders and effective teachers once SIG funding ran out.

“There have been many hypotheses about what variables might lead to sustained improvement, from the amount of the grant to the type of intervention model used,” said Kerstin Le Floch, a managing researcher at AIR and lead author of the report. “But these variables appear to have had little effect on the schools studied. Overwhelmingly, the biggest risk factors were related to human capital. Teachers at these schools expressed fears over losing staff and impending changes in school leadership.”

In seven of the 12 schools, it appeared that efforts to build human capital in a grant’s first two years increased the likelihood of boosting organizational capacity for improvement by the grant’s end.

With the passage of the American Recovery and Reinvestment Act of 2009, the federal School Improvement Grant (SIG) program underwent three major shifts; by increasing the level of funding, better targeting these funds to the persistently lowest-achieving schools, and requiring that schools adopt specific intervention models, the revamped SIG program aimed to catalyze more aggressive efforts to turn around student performance. This report focuses on a small sample of schools receiving SIG over the first three years of the revamped SIG program.
22 Mar 2016
Report

Our nation’s lowest performing schools have traditionally struggled to offer students the instruction and supports they deeply need. The first phase of the federal School Improvement Grant Program targeted the goal of turning around these schools and improving learning for students. This report examines the first year of SIG implementation in a diverse sample of 25 schools from 13 districts and 6 states. 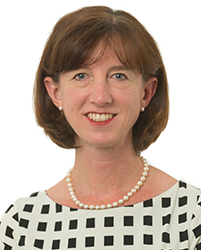 The School Improvement Grant (SIG) program will expire as ESSA is implemented, but the challenges of low-performing schools have not. SIG provided some promising examples, as well as caveats that can challenge and inform those of us who believe our nation’s most disadvantaged students deserve better. In our latest blog post, Kerstin Carlson Le Floch shares what we’ve learned from case studies of 25 schools included in the Study of School Turnaround.
Share