Kerstin Carlson Le Floch is a managing researcher at AIR, specializing in school improvement, state accountability policies, and Title I implementation. At present, Dr. Le Floch directs the Study of School Turnaround for IES, a large-scale case study investigation of the implementation of the School Improvement Grants under ARRA. Thus far, this study has produced six IES publications, including a rigorous case study report on the first year of SIG implementation. From 2003-2008, Dr. Le Floch directed the Study of State Implementation of Accountability and Teacher Quality under NCLB for the U.S. Department of Education. Through the SSI-NCLB, Dr. Le Floch managed two waves of data collection from state officials, each consisting of approximately 200 interviews, with a 100 percent response rate. Dr. Le Floch also acted as the deputy project director on the partner study, the National Longitudinal Study of No Child Left Behind. Together, these two studies constituted the primary data sources for the Congressionally-mandated National Assessment of Title I. For these studies, she has been a lead or primary author on six reports on key components of NCLB. In addition to her work studying NCLB implementation, Dr. Le Floch directs a mixed-method evaluation of Michigan’s statewide system of support for high priority schools, and has conducted research on the California state system of accountability, through AIR’s study of the Immediate Intervention/ Underperforming Schools Program.

Dr. Le Floch also concluded a Gates Foundation-funded study of state supports for low-performing high schools. In the context of the National Longitudinal Evaluation of Comprehensive School Reform, she directed the development of district and school-level surveys, and conducted state interviews, school-level case studies, and related analyses. In addition to studies for at the federal and state levels, Dr. Le Floch also conducted an evaluation for the New York City Department of Education, of the implementation of the ARIS technology platform. 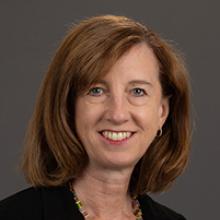 The purpose of the study is to examine whether student outcomes in Comprehensive Support and Improvement (CSI) schools improve and whether CSI schools differ from non-CSI schools in other dimensions related to principal decision making and the policies and practices used to improve student outcomes.

Many schools hoping to infuse practices with research have encountered challenges, and Battle Creek Public Schools’ experience implementing literary instruction grounded in research is no different. These challenges can serve as lessons for other education leaders, as AIR expert Kerstin Le Floch describes in this In the Field piece. ...

Study of Practices for English Learners

English learners face disproportionate educational challenges because they must master subject-matter content while also developing English proficiency. The Study of Practices for English Learners is funded by the Institute of Education Sciences and examines key policies, practices, and activities related to ELs nationwide. ...

The schoolwide program and the targeted assistance program are two approaches related to the ideas established in the Elementary and Secondary Education Act that focused on funding being provided to assist low-achieving students in high-poverty schools. This study compares services and resources provided by each approach and the ways these ...

A rigorous 2017 study found no significant effect of the $7 billion federal School Improvement Grant (SIG) program on student outcomes. But the story of SIG is far more complex. In this blog post, Kerstin Carlson Le Floch unpacks the story of SIG, highlighting instances in which program elements worked, ...

Evaluating Title I, Part D Funds and their Impact on Neglected and Delinquent Youth

Title I, Part D of the 1965 Elementary and Secondary Education Act allocates funds to states and school districts to improve educational services for neglected and delinquent youth. This study, prepared by AIR for the U.S. Department of Education's Office of Planning, Evaluation and Policy Development, was designed to better ...

The Every Student Succeeds Act in Pennsylvania: Recommendations From Stakeholder Work Groups and Associated Research

The Research to Practice Connection in School Improvement

The School Improvement Grant (SIG) program will expire as ESSA is implemented, but the challenges of low-performing schools have not. SIG provided some promising examples, as well as caveats that can challenge and inform those of us who believe our nation’s most disadvantaged students deserve better. In our latest blog ...

With the passage of the American Recovery and Reinvestment Act of 2009, the federal School Improvement Grant (SIG) program underwent three major shifts; by increasing the level of funding, better targeting these funds to the persistently lowest-achieving schools, and requiring that schools adopt specific intervention models, the revamped SIG program ...

Our nation’s lowest performing schools have traditionally struggled to offer students the instruction and supports they deeply need. The first phase of the federal School Improvement Grant Program targeted the goal of turning around these schools and improving learning for students. This report examines the first year of SIG implementation ...

Want to Improve Low-Performing Schools? Focus on the Adults

School improvement policy for the past few decades has been characterized by mandated lists of activities designed to stimulate a dramatic turnaround in student achievement. In the long run, this policy approach did not engender the necessary school-level changes. This brief demonstrates why new policies must aim to get the ...

To stay current on the most effective strategies for school improvement, Catherine Barbour keeps a close eye on new research. At AIR, researchers and technical assistance providers collaborate to put the most authoritative and timely information to practical use.

Up for Vote #2: Lessons Learned From Research and Practice in SIG Schools

Federal School Improvement Grants support turnaround efforts in the nation’s lowest-performing schools, including many that serve a large number of English Language Learner Students. This brief focuses on 11 of these schools with high proportions of ELLs, describing their efforts to improve teachers' capacity for serving ELLs through staffing strategies ...

For struggling schools, partnerships with external experts can seem like a critical lifeline. The reality of school turnaround partnerships, however, does not always resemble the ideal. What qualities of an external partnership indicate a greater likelihood for success? What actions by school administrators may make these relationships more effective? ...

Persistently Improving Schools in Michigan: Moving Past a History of Low Performance

Over the past decade, the Michigan Department of Education has sought to implement a support system to break the cycle of low performance in the state’s schools. This study documents the progress of six schools that made significant progress within five years. Three common themes emerged: a focus on school ...

Are Personalized Learning Environments the Next Wave of K-12 Education Reform?

The Study of School Turnaround (SST) is an examination of the implementation of School Improvement Grants (SIG) authorized under Title I section 1003(g) of the Elementary and Secondary Education Act (ESEA). This IES-funded baseline report provides an overview of the state policies and practices for SIG implementation ...

Inside the Daunting Quest to Improve an Atlanta School