Washington, D.C. – The annual Indicators of School Crime and Safety report, co-produced by the American Institutes for Research (AIR), was released today by the National Center for Education Statistics (NCES) and the Bureau of Justice Statistics (BJS). The report presents the most current data on crime and safety at schools and on college campuses from the perspectives of students, teachers, principals and postsecondary institutions.

AIR experts were involved in all aspects of the publication, including statistical analysis, writing of key findings, report design, and quality control review. AIR has co-written the Indicators of School Crime and Safety reports since 1999.

This year’s report includes a new section on college hate crimes, many of them involving race or sexual orientation. In 2012, there were 791 cases. The most common hate crimes reported by postsecondary institutions were destruction, damage and vandalism (412 incidents); intimidation (261 incidents); and simple assault (79 incidents). 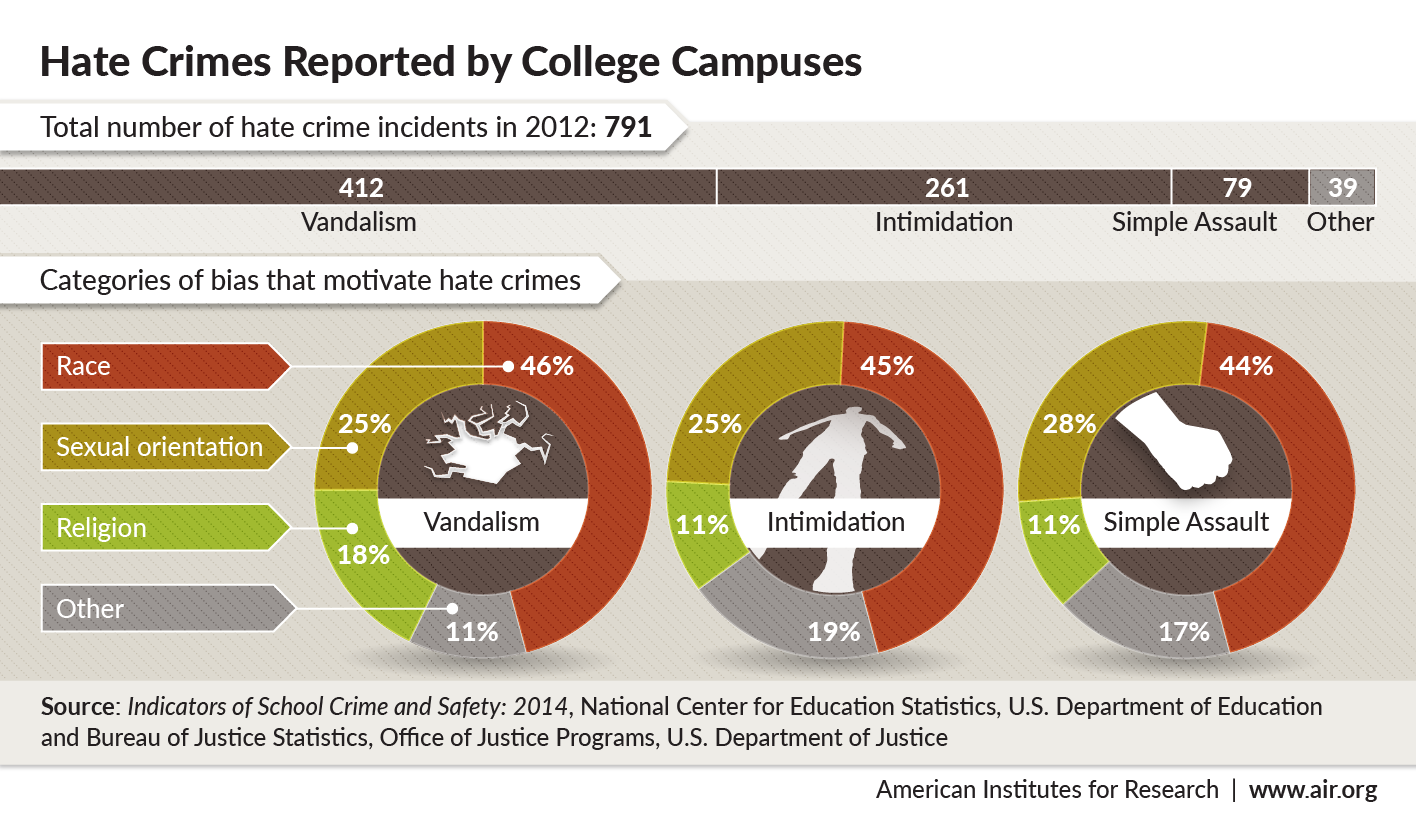 The report also covers student and teacher victimization; bullying and cyber-bullying; drugs and alcohol use; gun access; school security measures; security staff presence; student perceptions of personal safety at school; and criminal incidents at postsecondary institutions. Where available, data on crimes that occur outside of school grounds are offered as a point of comparison.

This year’s report shows that:

The full report is available online at https://nces.ed.gov/pubsearch/pubsinfo.asp?pubid=2015072.