Washington, D.C.—An in-depth case study of 17 health insurance counselors, brokers, insurers, large employers and consumer advocates working with seniors suggests that as more Americans work past age 65, transitioning correctly from employer or other health coverage to Medicare is the No. 1 problem for seniors. This study was produced by the American Institutes for Research’s (AIR) Center on Aging. 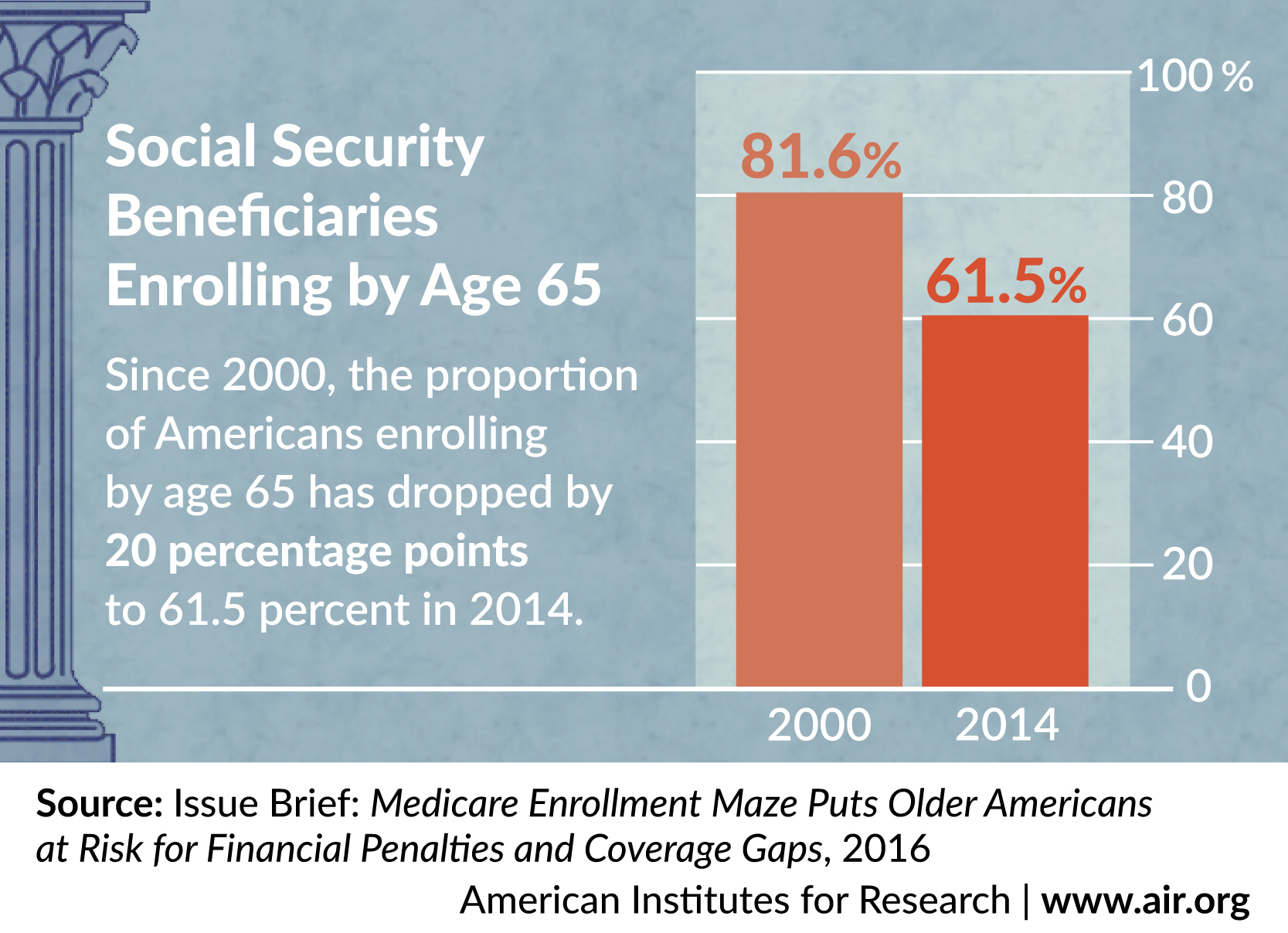 When people turn 65, and they or a spouse keep working and maintain employer health coverage instead of retiring and enrolling in Social Security, they must proactively sign up for Medicare, especially Part B, which covers physician and other outpatient care. Otherwise, they risk coverage gaps and expensive lifelong Part B late-enrollment penalties. Other research has found that some 750,000 Medicare beneficiaries in 2014 were paying lifetime Part B late-enrollment penalties—on average, adding more than $8,000 to the lifetime cost of their Medicare Part-B premiums.

“Today, people who delay Social Security retirement benefits until after age 65 receive no official government notice about how to avoid penalties or gaps in coverage when they choose to enroll in Medicare later,” Paez said.

This problem is likely to worsen as the full Social Security retirement age reaches 67 for those born in 1960 or later and more Americans thus work past 65. Since 2000, the proportion of Americans enrolling by age 65 has dropped by 20 percentage points to 61.5 percent in 2014.

The study’s findings, based on interviews with State Health Insurance Assistance Program (SHIP) counselors, brokers and employers about the support they provide to Medicare beneficiaries and the problems beneficiaries encounter are detailed in two new AIR Center on Aging issue briefs—Medicare Enrollment Maze Puts Older Americans at Risk for Financial Penalties and Coverage Gaps and Medicare Complexity Taxes Counseling Resources Available to Beneficiaries.