David Miller is a researcher at AIR, where he conducts and leads research on improving science, technology, engineering, and mathematics (STEM) education, especially with regards to broadening participation in STEM fields. Dr. Miller currently serves as principal investigator on a three-year National Science Foundation (NSF) project to synthesize over 25 years of research across the world on the development of children’s gender stereotypes about STEM abilities. His other responsibilities at AIR include designing research studies, conducting quantitative analyses, preparing graphics, creating interactive websites, and writing research reports. He is also a co-founder of the Methods of Synthesis and Integration Center (MOSAIC), an inter-disciplinary collection of research synthesis projects conducted at AIR.

His research has been published in leading academic journals such as American Psychologist, Child Development, Journal of Educational Psychology, and Trends in Cognitive Sciences. Mass media has covered this work in international outlets such as BBC News, CNN, Nature, Science, The Atlantic, and the Washington Post. In addition, Dr. Miller has written popular press articles appearing in outlets such as Business Insider, Huffington Post, Scientific American, and U.S. News.

Prior to joining AIR, Dr. Miller earned his doctorate in psychology from Northwestern University where he analyzed nationally representative longitudinal datasets to study transitions into and out of STEM. His extensive quantitative training includes a bachelor’s in mathematical physics at Harvey Mudd College, a fellowship through University of Chicago’s Data Science for Social Good Summer Fellowship, and several graduate courses and workshops in advanced statistical methods. During graduate school, he was also an NSF Graduate Research Fellow. 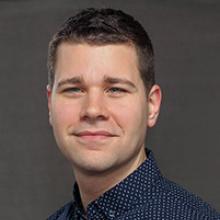 National leaders have urgently called for more workers with educational training in science, technology, engineering, and mathematics (STEM) fields to address the needs of an economy that increasingly relies on technology innovation. Unfortunately, the current U.S. STEM education system fails to meet the needs of even current workforce demands. Systemic ...

Understanding the Varied Effects of Mathematics Interventions Through Meta-Analysis

Mathematics is a foundation that is necessary for learning and employment in other technical disciplines, but U.S. student math achievement often falls behind many other industrialized nations. Researchers at AIR’s Methods for Synthesis and Integration Center (MOSAIC) conducted the largest-ever quantitative synthesis of these math interventions’ effects on U.S. preK-12 ...

Researchers are debating whether biases against women in science, technology, engineering, and mathematics (STEM) have reduced over time, persist in nearly all training and career contexts, or vary in more nuanced ways across contexts and STEM fields. AIR is synthesizing four decades of research to understand the postsecondary and workforce ...

Analyzing the Research on Gender Stereotypes in STEM

For over 25 years, scientists have studied the impact of children’s gender stereotypes about abilities in STEM. AIR experts are conducting a meta-analysis of the existing research for a National Science Foundation study seeking to clarify ambiguous findings regarding gender stereotypes in the STEM fields. ...

Have Gender Stereotypes Changed Since the Mid-20th Century?

Women Now Seen as Equally as or More Competent Than Men