American mothers return to work much sooner after giving birth than mothers in other advanced industrialized nations. Two out of five new mothers here return within three months of delivery.

"We're making it unnecessarily difficult for people to be both part of the workforce and to have children," she says.

Muenchow proposes changing national policy to support three months of paid family leave supplemented by another three months of job protection for unpaid leave. Giving mothers more paid time off, she asserts, could lead to costs savings from reduced employee turnover and re-training costs as well as health savings. For instance, paid family leave could produce up to $13 billion in health savings, partly by reducing preventable infections by increasing breastfeeding.

"Quite apart from being a burden on the economy, one can look at paid family leave and other similar policies as actually a potential boon to the economy," Muenchow says. 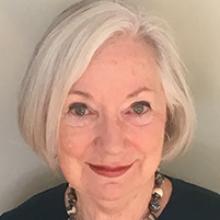