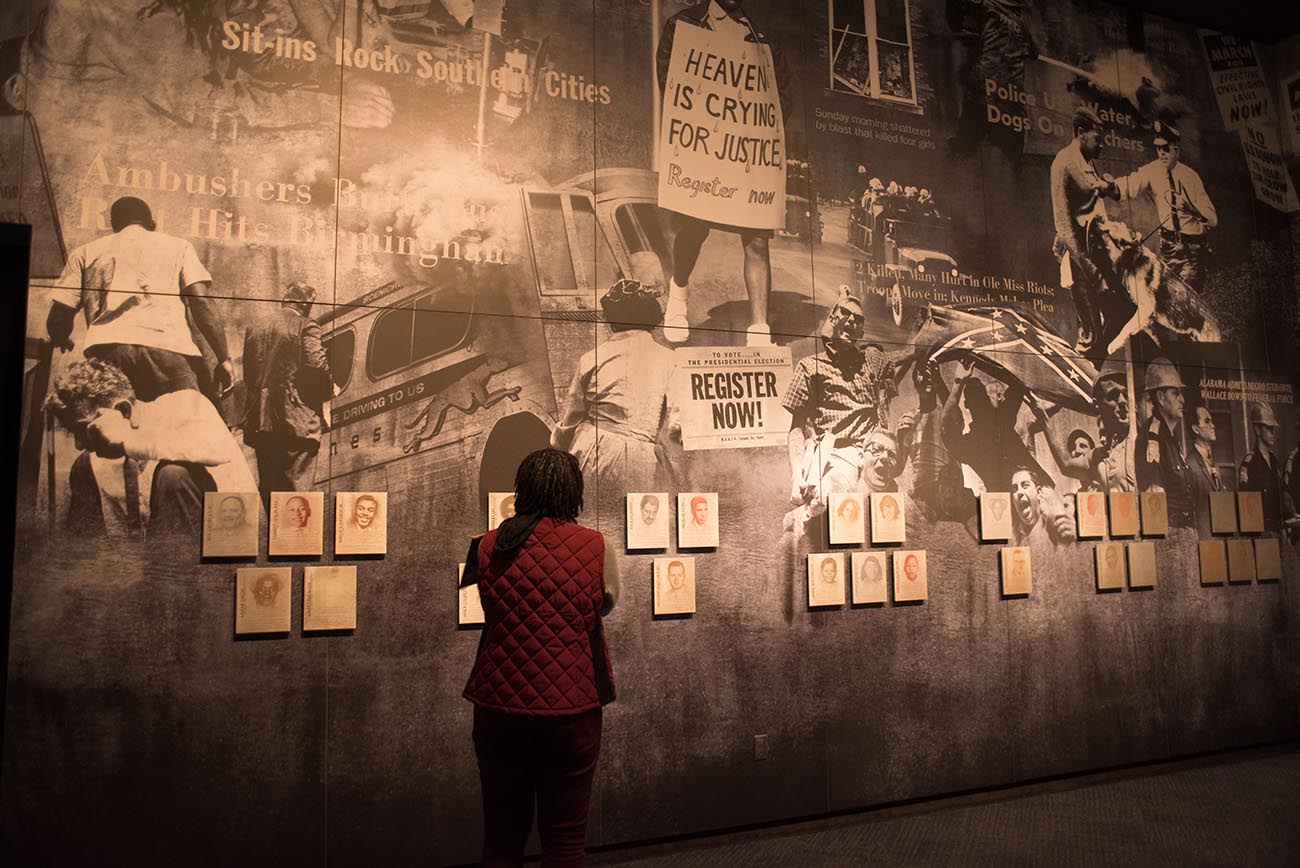 How does the civil rights movement of the 1960s continue to shape educational opportunities and outcomes for children? In November 2018, a group of AIR staff had the opportunity to better understand this legacy by participating in a civil rights learning journey across the South. The bus tour set the stage for an equity summit sponsored by AIR’s Southeast Comprehensive Center. 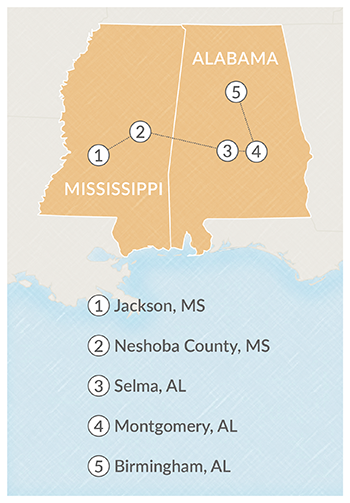 The learning journey, organized by the Institute for Educational Leadership, immersed participants into the historical reality of the civil rights movement. AIR staff, along with education leaders from the region, traveled from Jackson, Mississippi to Birmingham, Alabama, with stops at the grave sites of murdered civil rights activists, churches that were bombed and burned, and the nation’s first comprehensive memorial dedicated to the victims of lynching.

The journey primed leaders for the Southeast Comprehensive Center’s Equity Summit. With a theme of “Accountability Leadership: Opportunities for Equitable Systems,” the summit explored the conditions, practices, and policies that call for urgent attention to equity in education. Participants drew on their learning journey experience as they developed equity plans related to the Every Student Succeeds Act (ESSA).

Danny Martinez, a former senior technical assistance consultant at AIR, took photos throughout the journey. Martinez worked on school and out-of-school education projects, including for the Southeast and Texas Comprehensive Centers. Below, Martinez shares his photos and reflections on the experience and what he learned about the ongoing need to protect civil rights and ensure access to equitable education for all students.

Medgar Evers served as a field secretary for the National Association for the Advancement of Colored People (NAACP). He encouraged African-Americans to vote and organized demonstrations and boycotts throughout Mississippi. In this photo, participants gather in the driveway where Evers was murdered by a white supremacist on June 13, 1963. 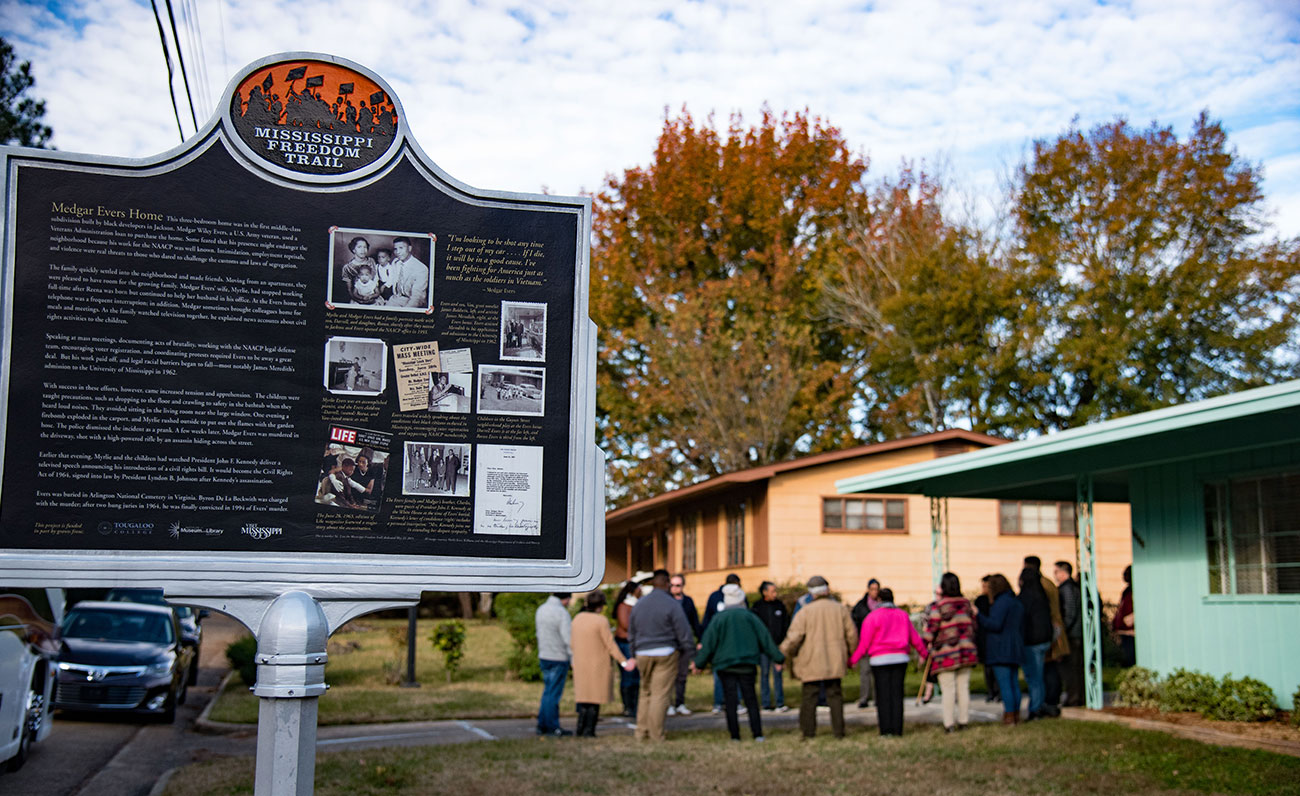 Martinez: "As a photographer, I choose the right lens for my situation to create the most impactful image of a moment. This journey let me see with a lens I didn't have before."

On June 16, 1964, Ku Klux Klan members beat several church members who were attending a meeting at Mt. Zion United Methodist Church and then burned down the church. James Chaney, Michael Schwerner, and Andrew Goodman started to investigate the church burning. A day later, they were all murdered by members of the Ku Klux Klan. 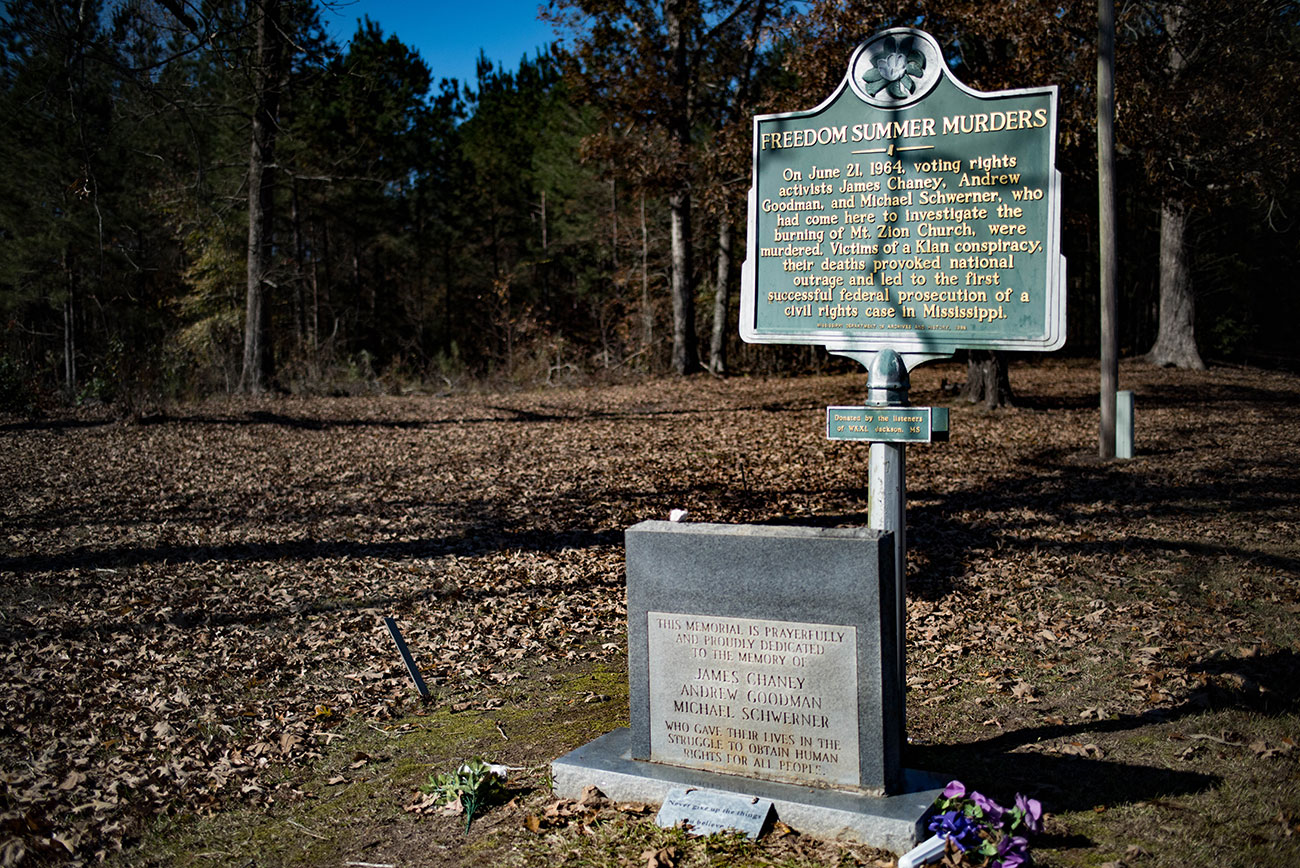 Brown Chapel African Methodist Episcopal Church was the starting point for the Selma to Montgomery marches in 1965. It played a major role in the events that led to the adoption of the Voting Rights Act of 1965. 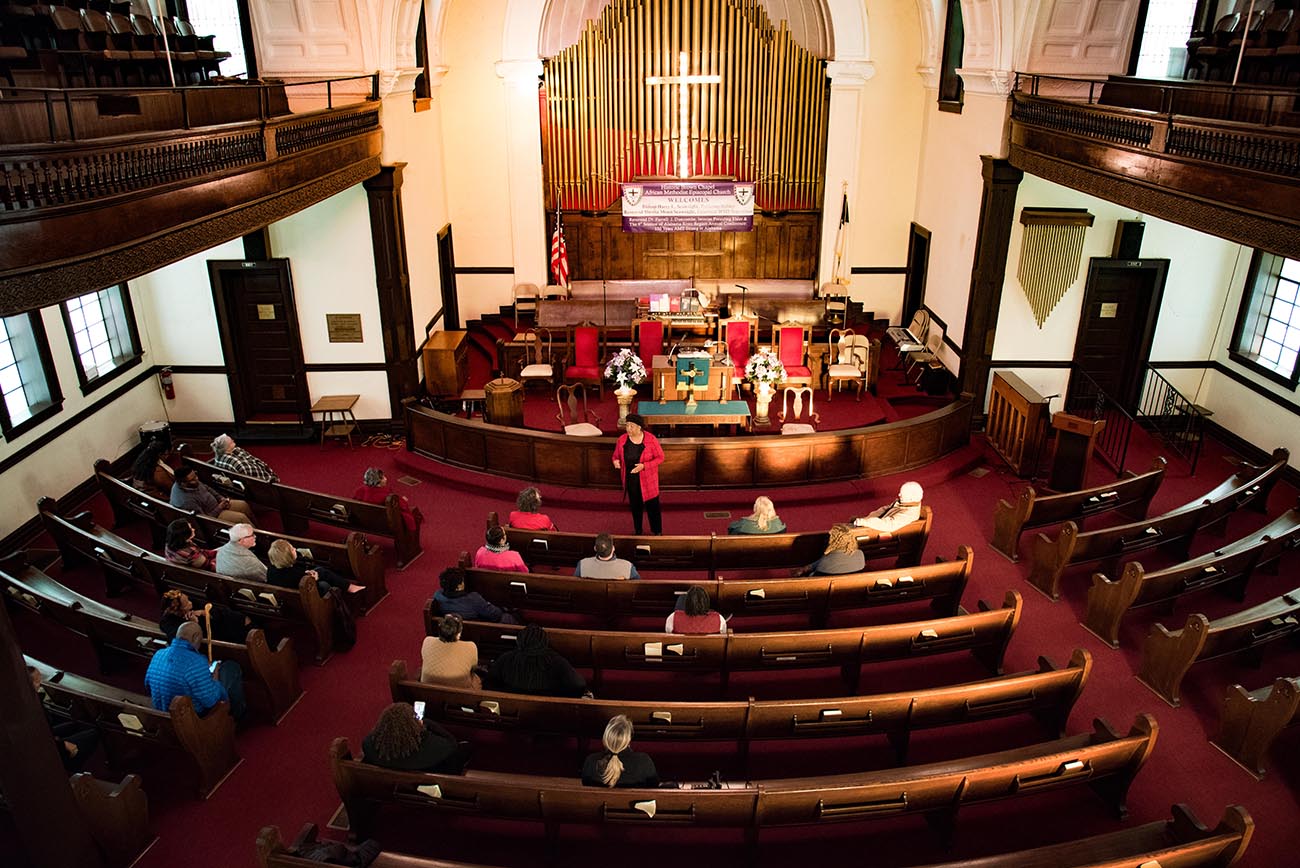 The Edmund Pettus Bridge was the site of Bloody Sunday on March 7, 1965, when armed police attacked civil rights demonstrators with billy clubs and tear gas as they tried to march from Selma to Montgomery. In this photo, AIR staff Ursula Hill, Robyn Madison-Harris, and Crystal Darby (L-R) stand on the bridge. 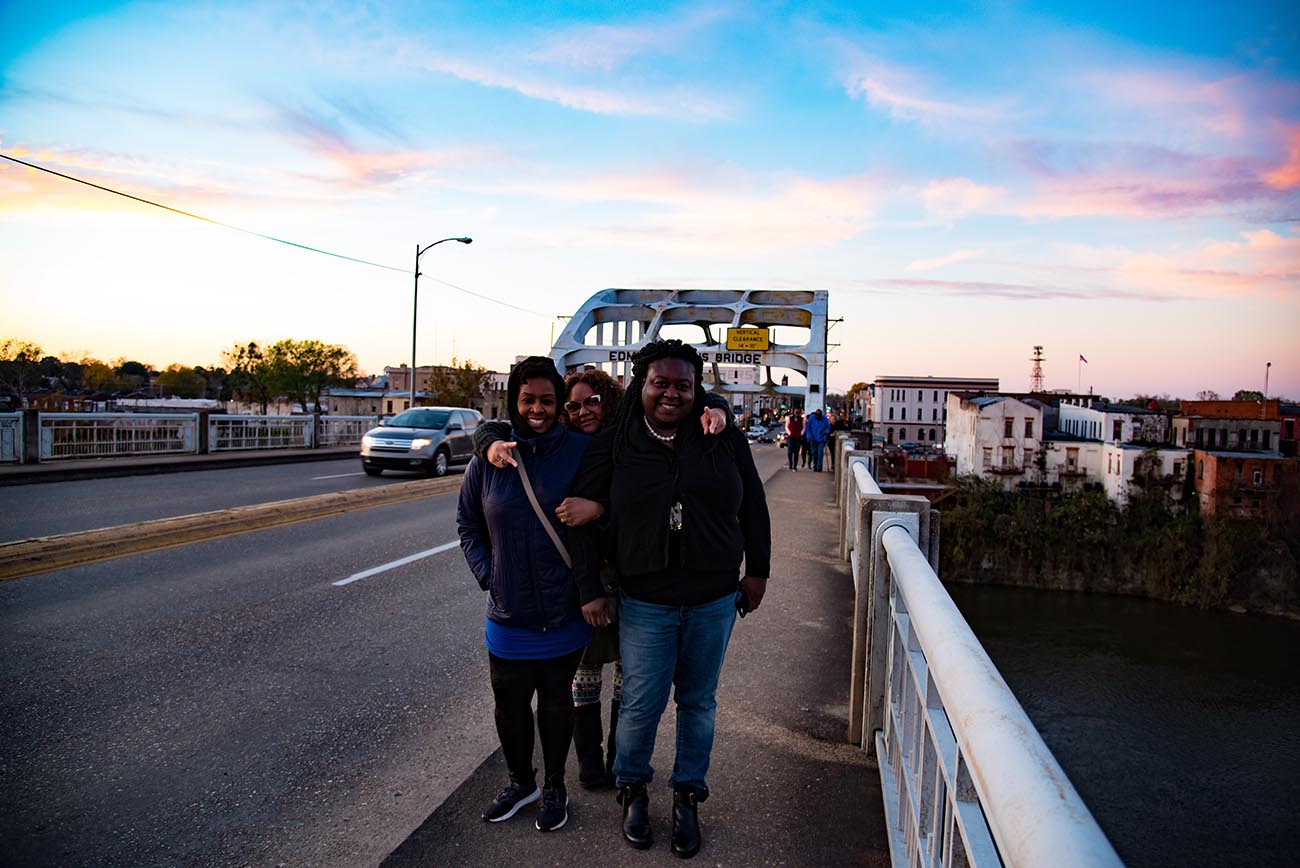 Roscoe Jones, Sr. joined the journey to offer a first-hand account of fighting for civil rights during the 1960s and beyond. 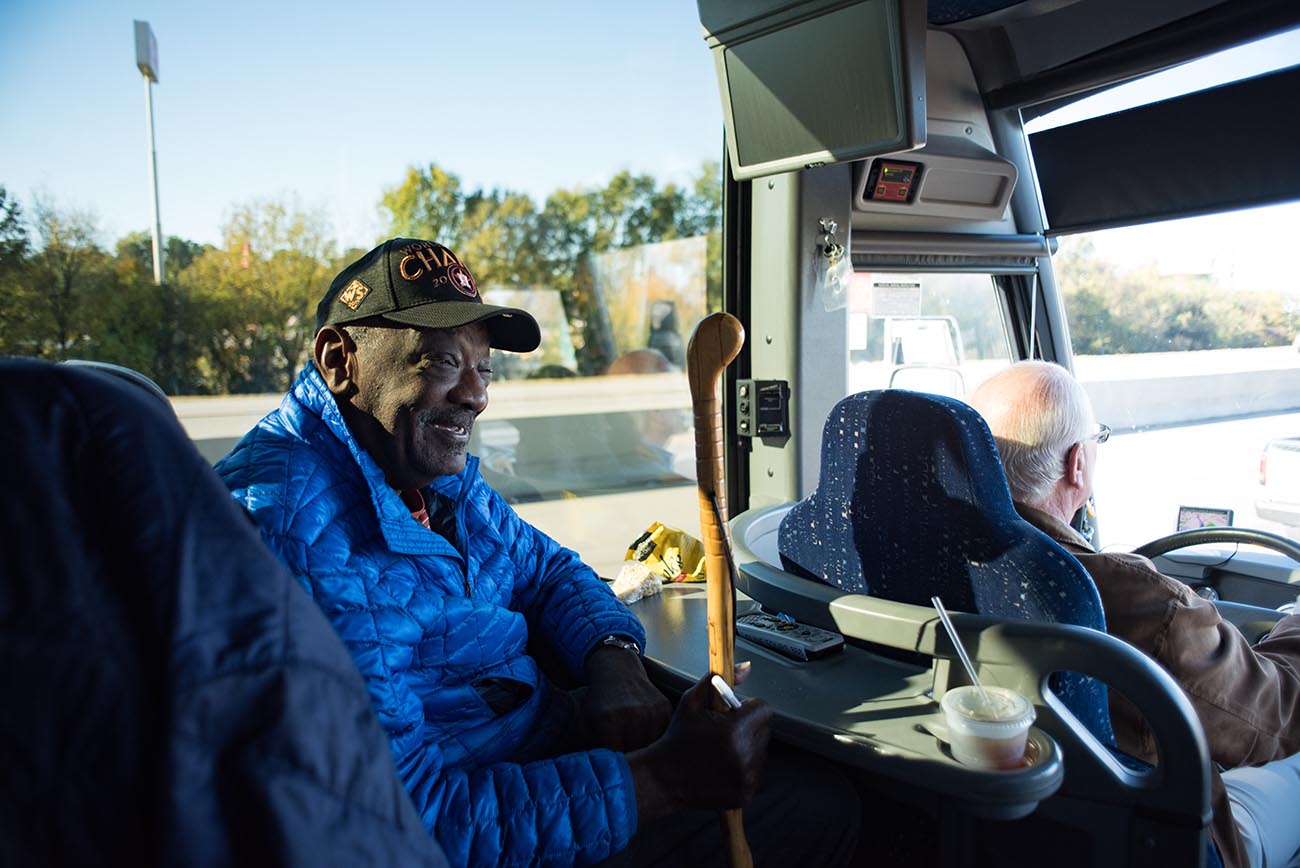 Martinez: "Roscoe Jones kept driving home the point that the civil rights movement was powerful because of how organizers were able to mobilize youth. Those youth relied on the mentorship of older people. There was a strong system of support. That, to me is the key with my work at AIR, creating systems of support so that we continually build and strengthen the infrastructure of education and society. The journey reminded me of the power of youthful idealism and more specifically, my own responsibility as an adult to mentor, guide, and give back to youth." 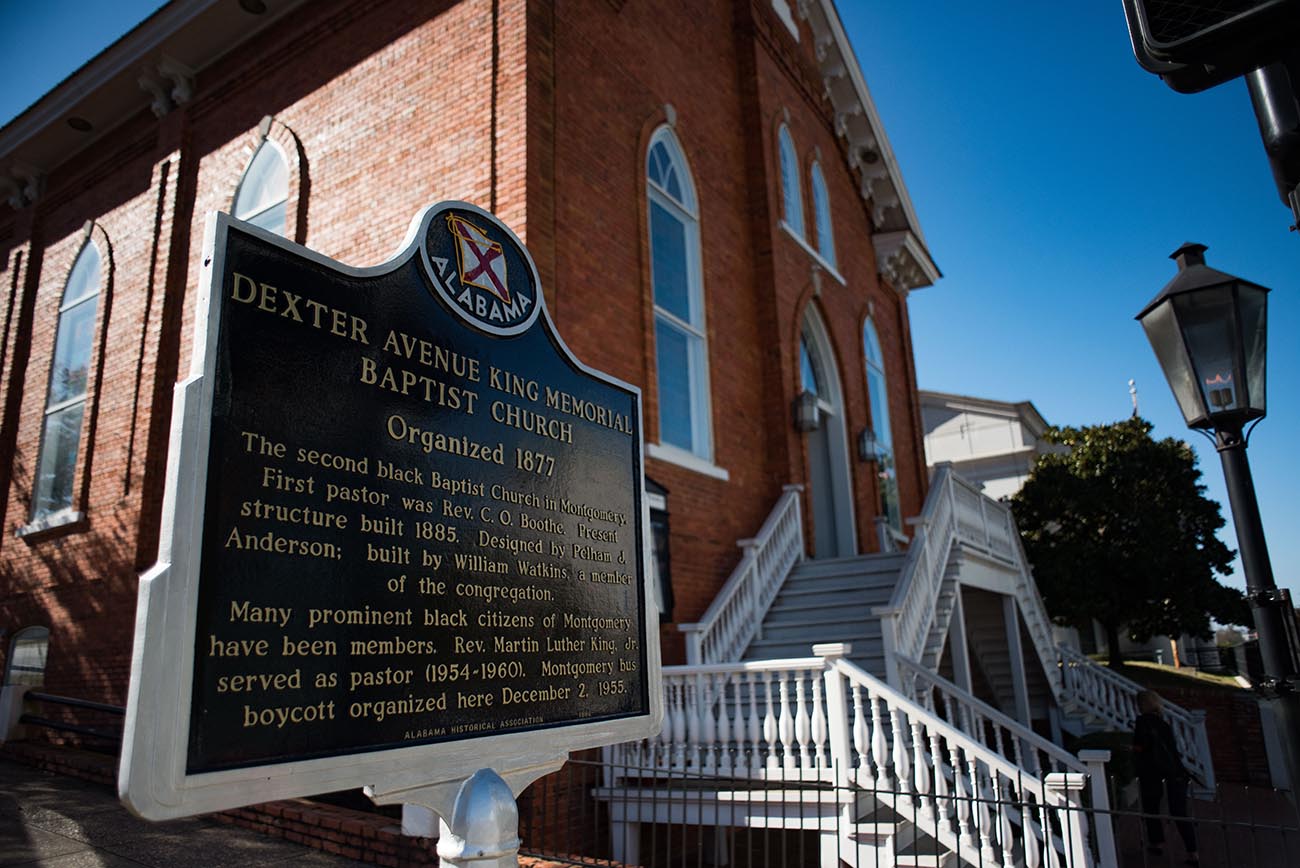 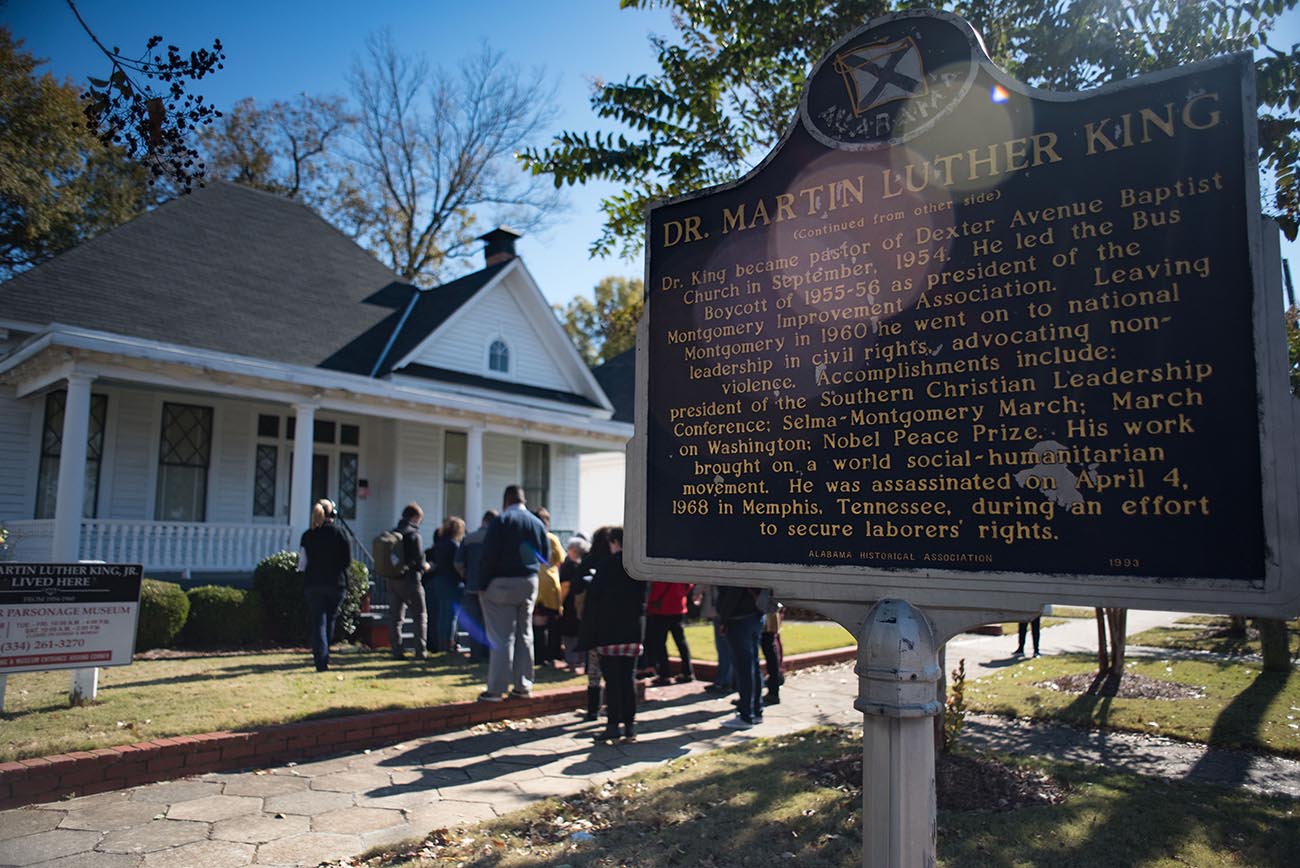 Robyn Madison-Harris talks at the Southern Poverty Law Center Civil Rights Memorial in Montgomery. The Center is a nonprofit legal advocacy organization that uses litigation, education, and other forms of advocacy to fight against racial and social injustice. 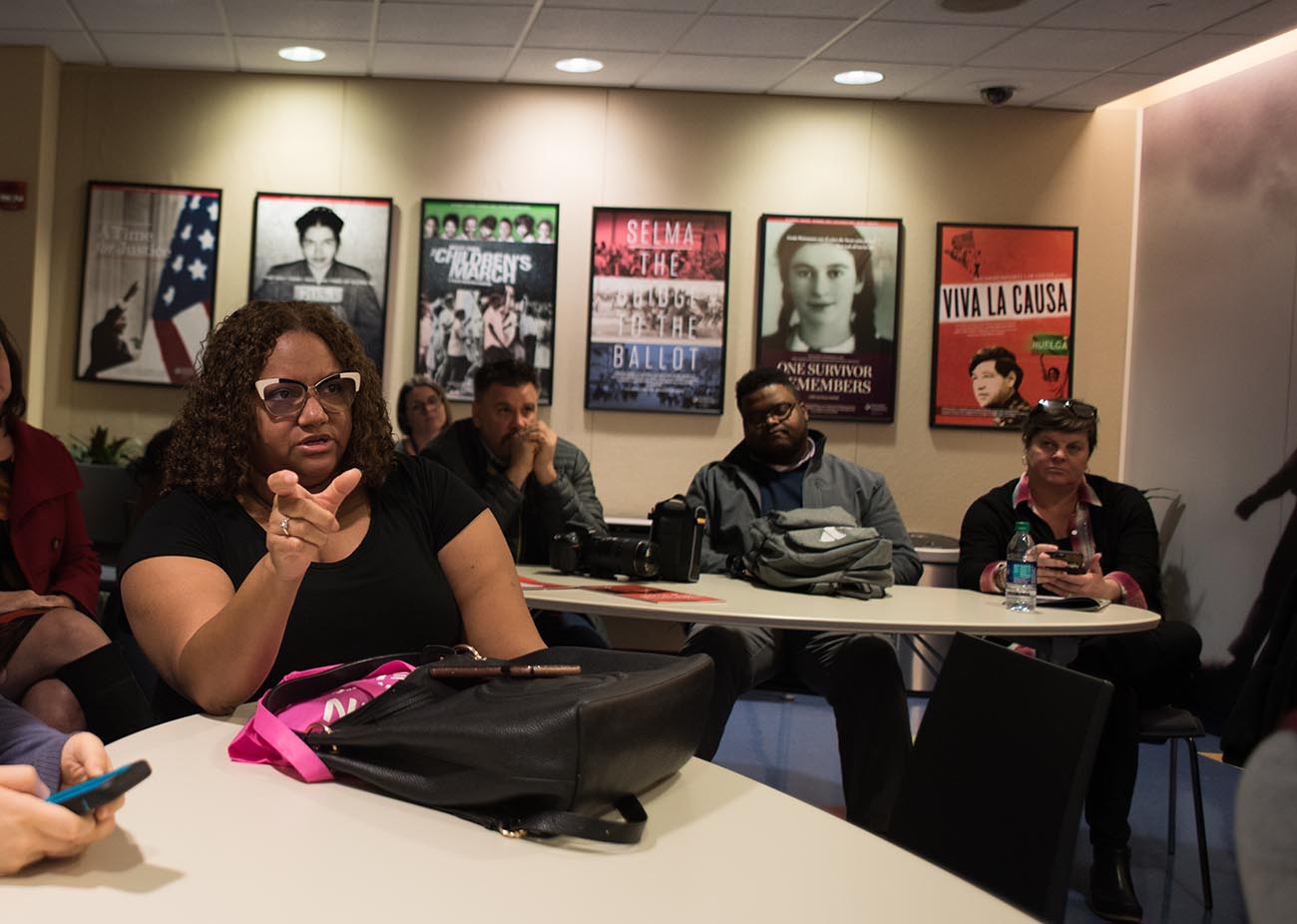 Birmingham, Alabama: The National Memorial for Peace and Justice

The National Memorial for Peace and Justice, created by the Equal Justice Initiative, serves as the nation’s first comprehensive memorial dedicated to over 4,000 victims of racially motivated lynching. 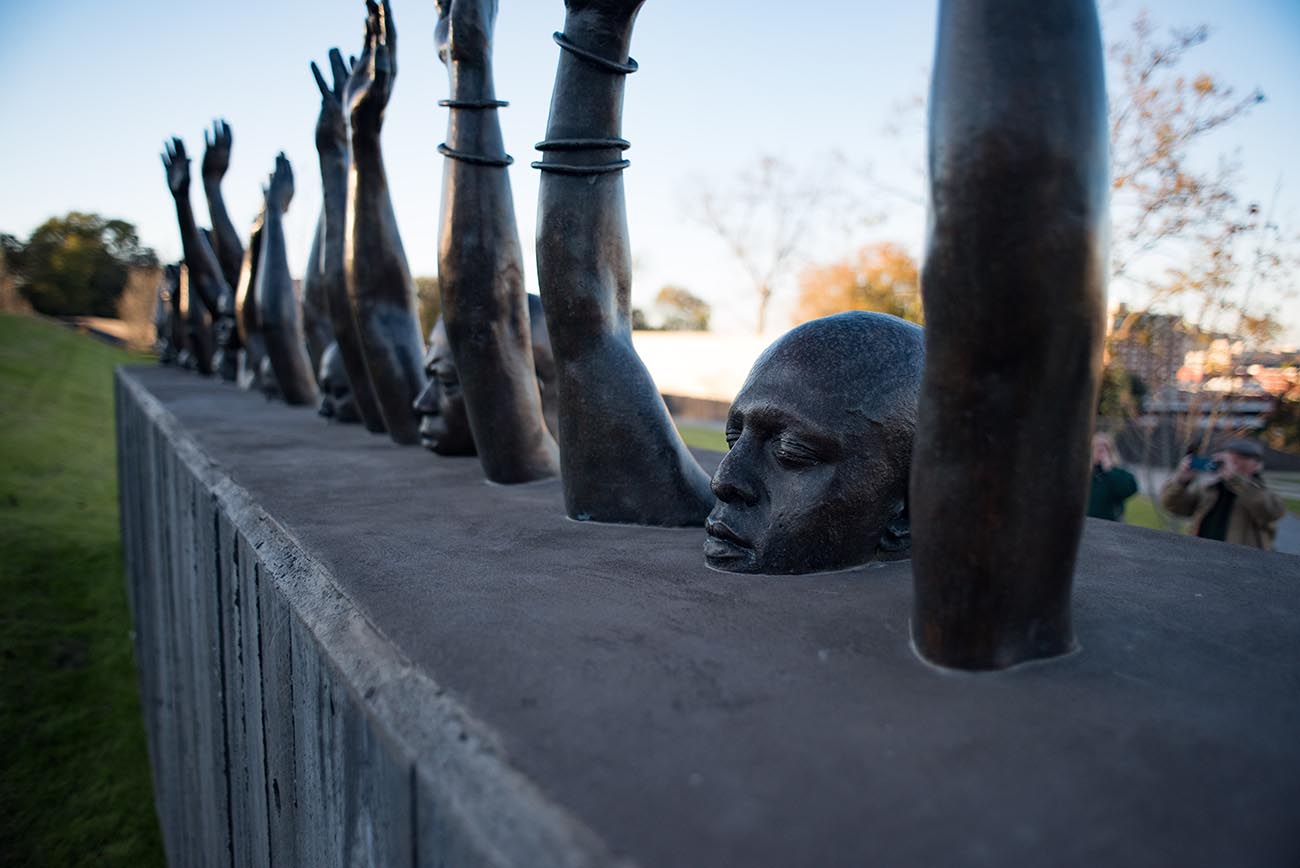 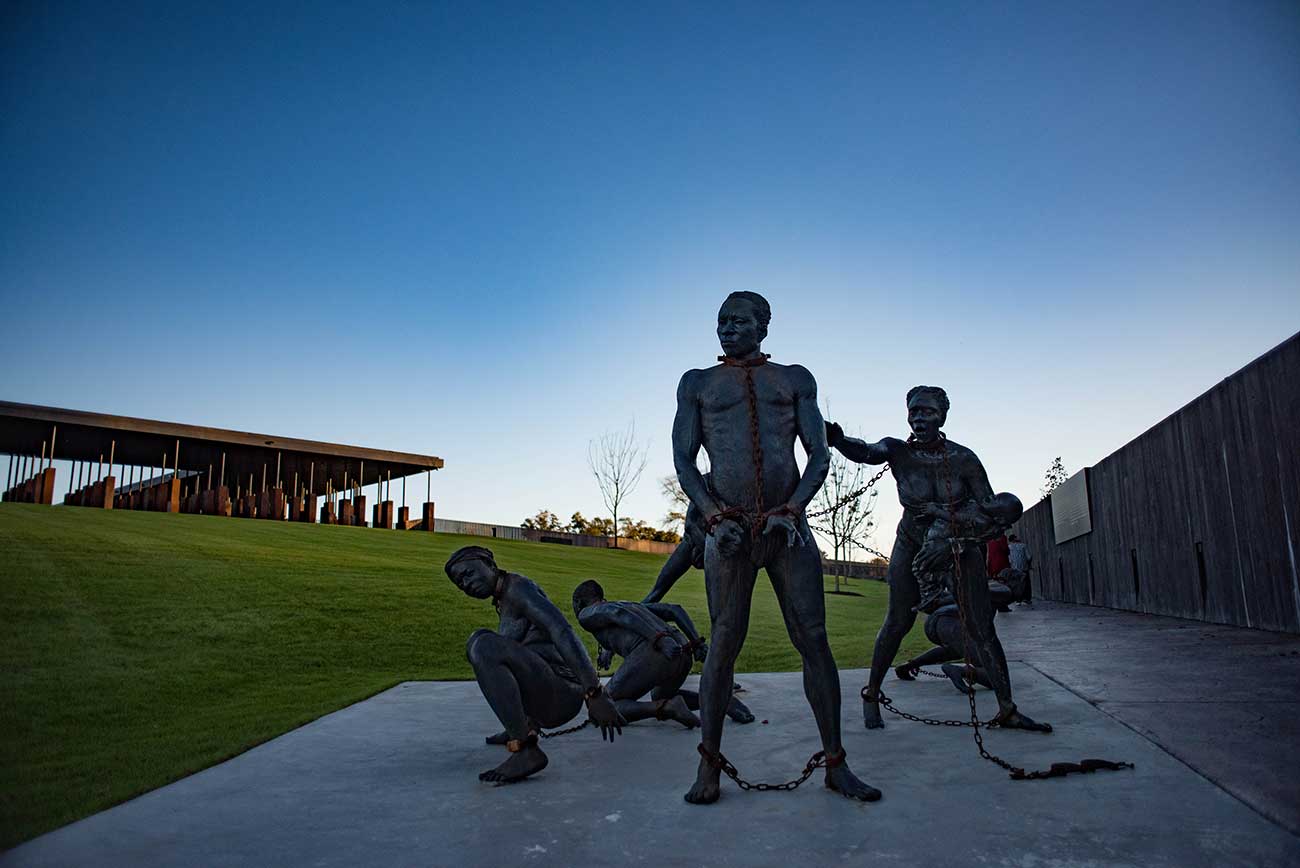 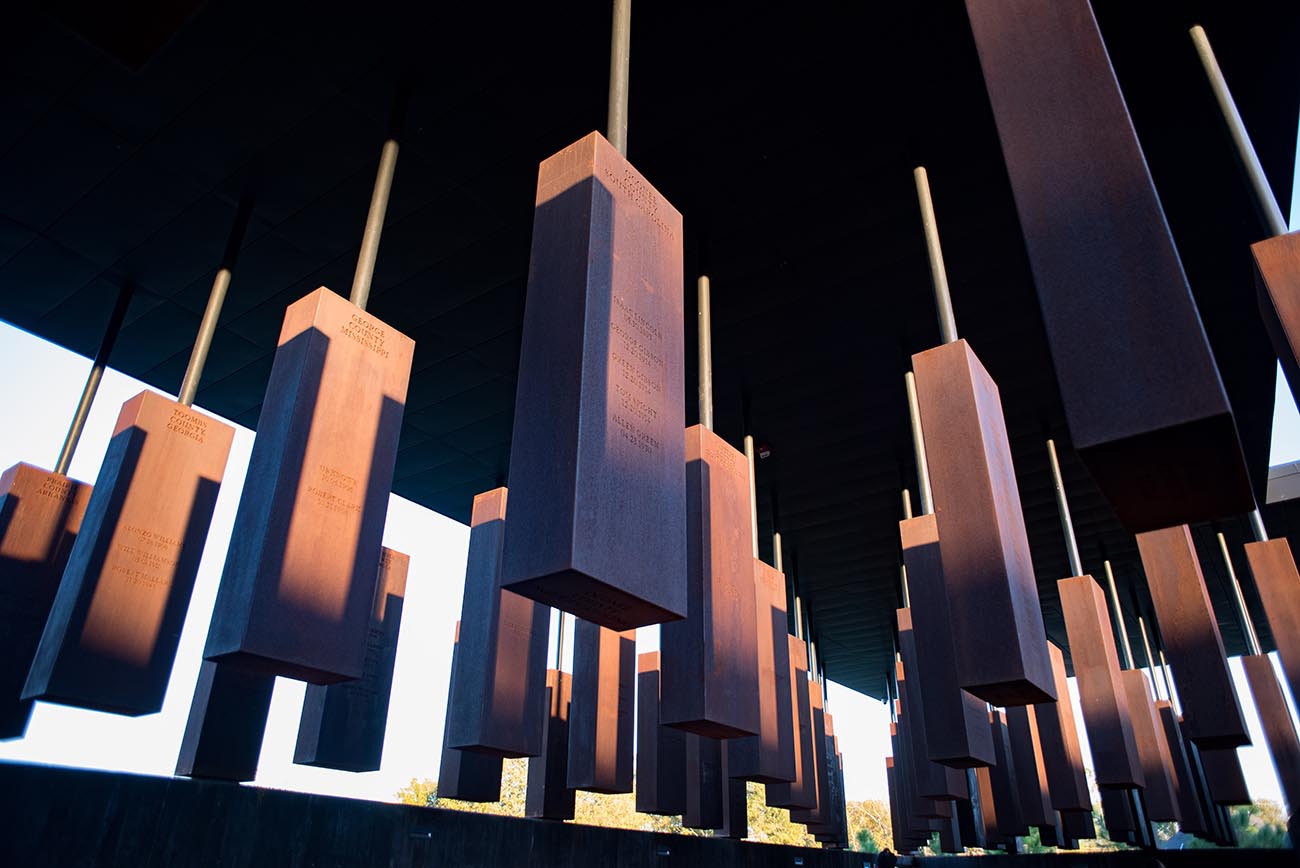 Martinez: "I was most impressed by the passion and the bravery of the people who lived through this movement. These people faced very real death threats, and yet they kept up the fight for civil rights. They faced humiliation, and yet they kept fighting. They faced unjust incarceration and still they fought back. They did this, even though the reality was that they might not ever see the full benefits of civil rights. They did it so that life could be better for the next generation."

Kelly Ingram Park was chosen by the Southern Christian Leadership Conference as an assembly point for protests. On September 15, 1963, a bomb blast at the Sixteenth Street Baptist Church, adjacent to the park, killed four African-American girls during church services. 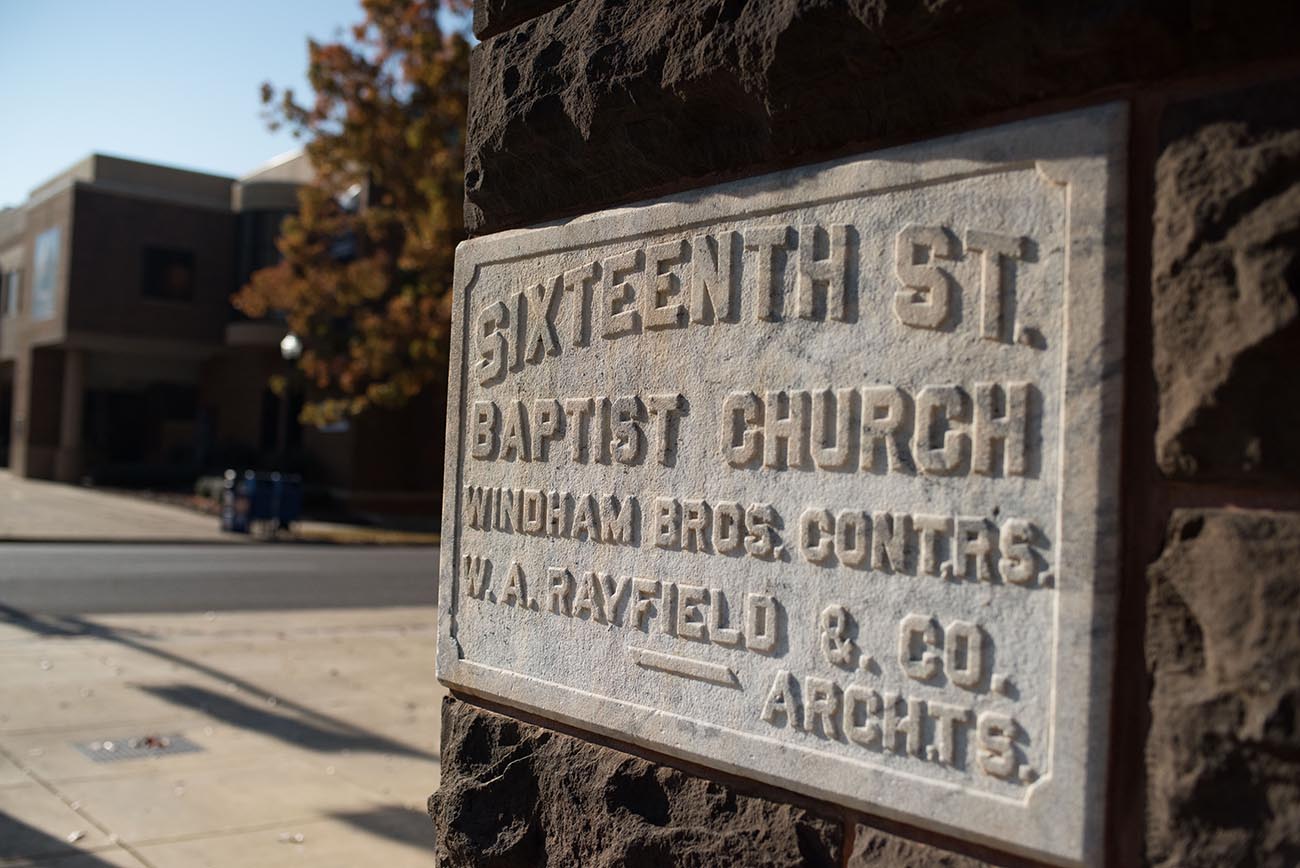 The sculpture in the photo below, entitled Four Spirits, honors the girls killed in the bombing. 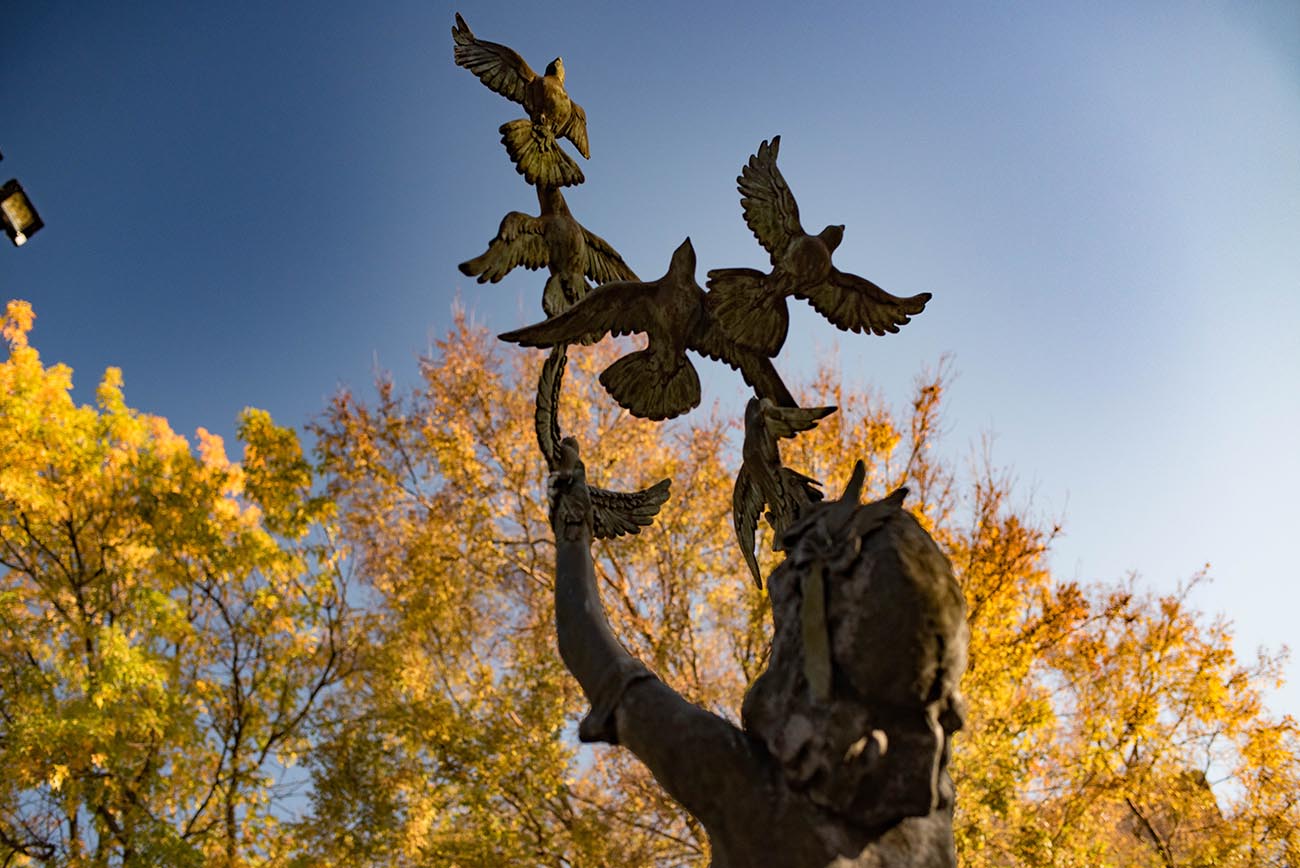 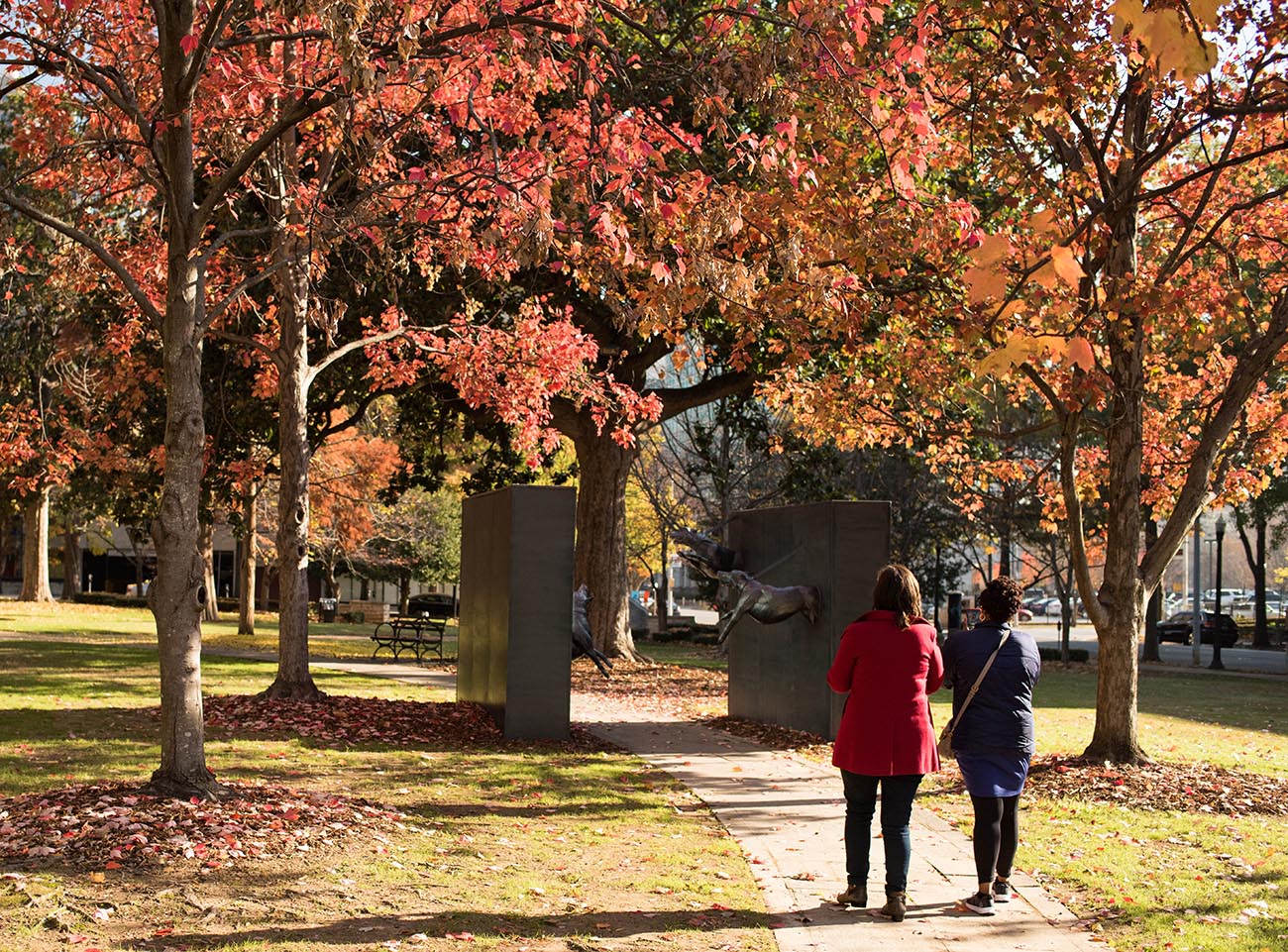 Martinez: "As educators, it is so important to see history up close. To talk to the people who lived it, to walk in the footsteps of those that suffered. The struggle for civil rights is not only a piece of our history; it’s something that is happening now, too. Every day, people of color, women, and members of the LGBTQ community are still fighting for the rights that so many in this country take for granted. Educators need to be aware of how hard people have worked to get these rights, and that if we are not mindful, we can see them erode and disappear."