Since 2013, AIR, in partnership with WestEd’s Justice & Prevention Research Center, has served as the evaluator for the Massachusetts Safe and Successful Youth Initiative (SSYI). SSYI is a multifaceted, community-based strategy that combines public health and public safety approaches to eliminate serious violence among proven-risk, urban youth ages 17–24. SSYI sites altogether serve nearly 1,900 youth at any given time in Massachusetts communities. In the earliest studies of SSYI, the AIR-WestEd research team found that the intervention was associated with a reduced level of violent crime victimization in SSYI communities, a reduced likelihood of incarceration for SSYI participants, and societal cost savings of as much as $7.35 (in 2013 dollars).

In 2018, AIR-WestEd continued their evaluation of SSYI. The most recent implementation and impact study focused on five core research questions:

The findings from the study illuminate a clear distinction between cities with SSYI relative to similarly violent cities without SSYI. This evaluation was also the first opportunity to deepen the examination of SSYI beyond communities and look at the outcomes and impacts for the individuals targeted by and involved with SSYI. The findings provide a more nuanced understanding of the positive impact of SSYI on these individuals. 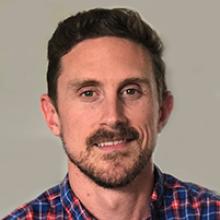