The Instructional Technology Initiative (previously called the Common Core Technology Project) is the Los Angeles Unified School District (LAUSD)’s signature investment in technology. Originally planned to provide technology devices to every teacher and student in the 640,000-student district, ITI aimed to transform learning throughout the district by providing interactive and engaging learning environments, supporting implementation of the Common Core State Standards with digital curriculum materials and assessment, and closing the “Digital Divide” by ensuring that all students have access to 21st century technology.

AIR conducted an external evaluation of the implementation and outcomes of the initiative starting in spring 2014. This report is intended to provide formative feedback to inform district plans for re-envisioning ITI, based on the first two years of implementation, from which many lessons learned can be gleaned.

The primary evaluation questions addressed in this report are as follows:

In general, we found that the district and ITI schools made steady progress relative to the previous year, particularly with building essential infrastructure for deploying devices, training teachers, engaging with parents, and providing technical support. At the same time, however, the district has not yet arrived at a solution for several organizational and technical challenges. Ongoing challenges and areas where less progress occurred included: deploying devices in a timely manner, communicating with schools, coordinating efforts with other instructional initiatives, and clarifying a vision for technology use in instruction. The district has publicly acknowledged these challenges and has initiated several efforts to address them. Schools also made progress with implementing key support structures for technology, and classroom technology use appeared to be more frequent than during the previous year. However, the ways that technology was used in the classroom were similar to the last year, and access to and use of high-quality digital resources remained limited. 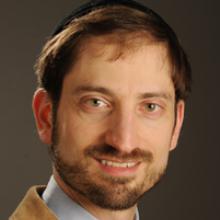