Over the last decade, educators have become increasingly interested in continuous improvement (CI) as a strategy for reform. CI requires practitioners to engage in iterative cycles of inquiry by defining local problems of practice, testing potential interventions, studying the results, and improving upon those interventions. This method of improvement stands in contrast to approaches focused on adopting “off the shelf” research-based practices or evidence-based interventions.

Our results suggest that continuous improvement is a promising avenue for reform, but much more work is necessary to assemble evidence on the use of iterative inquiry cycles to improve student outcomes. One challenge is that this approach to CI is a local effort embedded in practice, not an approach that involves researchers testing the efficacy of standardized interventions. To build an evidence base for CI, some CI efforts must be undertaken within a systematic research framework that not only supports local learning by the CI team, but also supports drawing generalizable conclusions about CI by researchers, practitioners, and policymakers. 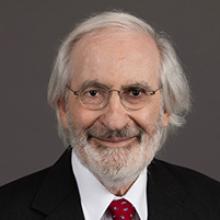