The Long Shadow by Karl Alexander, Doris Entwisle, and Linda Olson has compellingly demonstrated the persistence of poverty by following a group of Baltimore first-graders for 25 years. The work is important not just for what it teaches us about social mobility, but also for reminding us of the value of longitudinal studies that follow the same individuals for many years. 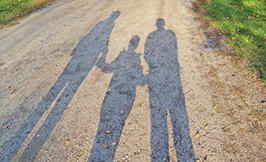 A case in point is AIR’s current longitudinal study of a large, nationally representative sample of Americans who were high school students in 1960. Now in their late 60s and early 70s, these Americans are at the forefront of the baby-boomer cohort.  And seeing how their lives have unfolded is fascinating to scientists and policymakers as well as to these aging boomers themselves.

AIR began the study—Project Talent—more than 50 years ago by testing over 400,000 high school students in more than 1,300 schools for two days, collecting information on academic achievement and cognitive abilities and on personality-related characteristics, health, interests, aspirations, and background. A subgroup of the students was surveyed again at three intervals up to about age 30 to see how well high school aptitudes and interests predicted educational attainment, career, well- being, and other outcomes.  And, in the last five years, AIR has re-engaged the participants in new studies about their lifecourse.

With the nation taking a hard look at its schools after the Soviet Union launched Sputnik, Project Talent’s overarching goal—as AIR and Project Talent founder John Flanagan put it—was to understand and develop young people’s talents to maximize America’s human potential.  Project Talent’s longitudinal data yielded the first large-scale empirical evidence that often talent is lost when parents can’t afford college for their children. It also showed that spatial skills play a strong role in STEM fields, separate from math and science skills, and that noncognitive factors are also talents in the sense that they contribute to success in education and life, along with cognitive ones.

Looking at the data 20 years later, when PTSD emerged as an issue after Vietnam, yielded more valuable findings. A special survey of 500 participants who were Vietnam veterans in 1981, when they were in their mid-30s, revealed that PTSD was not related to a wide array of personality, family background, and other pre-service measures.  But it was related to the intensity of their combat experience.

And more insights may be in store now that Project Talent participants are once again at an age of great interest to health, mental health, and social science researchers and to policymakers dealing with an aging population. As the National Archive of Computerized Data on Aging (NACDA) states, “Project Talent’s “seamless research framework…[is] uniquely suited to help inform lifecourse outcomes with a nationally representative sample and the power to unpack disparities in health and other characteristics and abilities.”

But data can date or decay, and it’s been many years since Project Talent has been active.  Even though the amount of data it has on current seniors’ early lives is unrivaled, Project Talent couldn’t be re-born as a new longitudinal study until the data were re-processed and documented to meet digital demands and current standards for confidentiality and data quality. Yet, however unwieldy, these data have proved tamable. AIR and University of Michigan survey methodologists have scrubbed the 1960 Project Talent data and created tools for using it. (You can find it at the National Archive of Computerized Data on Aging.)

Meanwhile, what about the participants?  Locating them has entailed some on-the-ground sleuthing, using everything from the Internet to press releases in local newspapers to attending 50th high school reunions. A small preliminary study by AIR and the University of Michigan confirmed that 85 percent of the original high school students could be found and 75 percent of them would take a survey. Methodological findings from that work were reported in The Journal of Official Statistics’ special issue on hard-to-reach populations in June 2014.

Learning more about the lifelong shadow of early life experiences is a challenge that can’t be met without longitudinal data.  With National Institute on Aging funding, AIR and the University of Southern California are now studying the 4,500 twins in Project Talent and their siblings to test theories on the impact of family factors, gender, and birth order on cognition, personality, and interests in later life. (AIR survey methodologists located 95% of the twins and their siblings.)  Along with Project Talent, researchers and policymakers can also look to longitudinal studies like the Health and Retirement Study  and the Wisconsin Longitudinal Study to yield practical insights and advance science.

So, yes, let’s pay heed to the life trajectories of those kindergarteners in The Long Shadow but also to the enormous potential and benefits of longitudinal data more generally. Mining it with imagination and care is the best way to identify risk and protective factors for differential outcomes at older ages, to learn about the life trajectories of the baby-boom generation, and to align public policy and programs with research evidence and real-world opportunities and needs.

Laura Salganik is a sociologist and AIR’s director of quality.  Susan Lapham is co-director of Project Talent.