How Children with Serious Illnesses Benefit from SeriousFun Camps

Living with a serious medical condition can be frightening and isolating for children. SeriousFun Children’s Network (SeriousFun) offers camps that “create opportunities for children and their families to reach beyond serious illness and discover joy, confidence, and a new world of possibilities, always free of charge.”

A survey of more than 2,200 past participants of SeriousFun overnight camps in the United States and seven other countries administered between January 2021 and March 2021 found that alumni believed their camp experience had positive, lasting benefits. In this Q&A, AIR Principal Researcher Allison Dymnicki and SeriousFun Research Director Ann Gillard discuss the camp experience, the study findings, and their relevance to youth development and education programs.

Q. What is the camp experience like for children with serious illnesses?

Gillard: In 1988, the actor and philanthropist Paul Newman had the idea to create a better world for kids living with serious illnesses. Specifically, he wanted to create a place where kids could kick back and, in his words, “raise a little hell.” That has been our mantra over the last 30-plus years. That vision has expanded into 16 Member Camps and 14 Partner Programs around the world.

The 4- to 7-day overnight residential camp experiences are really the crown jewel of our programming. Our camps are all recreation focused. It’s about having fun, just like any other camp, with activities such as boating, fishing, horseback riding, swimming, climbing towers, singing songs, arts and crafts, talent shows, and cabin time. The activities and physical settings are adapted based on the kids we serve, offering many different ways to participate. We also do what we call “challenge by choice,” which means that everyone gets to participate according to their own choices. This is really important for kids who don’t have a lot of choices when they are in the hospital or going through treatments.

Our medical teams coordinate with health care providers, parents, and caregivers to reduce the risk of health challenges and keep children healthy and safe. For example, kids with sickle cell anemia get chilled easily, which can cause a lot of pain. But at one SeriousFun camp, they can still go swimming because we have what we call the “french fryer”—a sauna that warms them up and dries them off. That’s one way our kids can do something they might never have done before. We schedule rest times, mix up high- and low-energy activities, and manage medication and treatment times. But much of the health-related work happens in the background so campers can focus on their camp experience.

Q. AIR and SeriousFun surveyed camp alumni, ages 17-30. What were the key findings?

Dymnicki: We explored and categorized the findings in four areas by asking alumni to reflect on their camp experience. First, we wanted to understand the outcomes alumni believed were influenced by attending a SeriousFun camp. A majority of alumni, ranging from 84% to 90%, reported that camp was influential in helping them develop a willingness to try new things, appreciation of diversity, self-identity, empathy and compassion, self-confidence, perseverance, and friendship skills.

Next, we explored whether there were differences in alumni beliefs that camp influenced outcomes based on alumni demographic characteristics, including the severity of alumni’s medical conditions, and the number of times alumni attended SeriousFun camps. We found that alumni from diverse backgrounds reported benefits from the camp. Alumni from racially and ethnically diverse backgrounds, alumni with differing levels of severity of illness, and even alumni who attended just one camp session reported benefits from SeriousFun camps. It’s important to point out that all alumni indicated that the camp influenced the program’s target outcomes.

Percentages of alumni who reported that these outcomes were influenced “a lot” or “somewhat” by attending a SeriousFun camp.

Q. What stands out in the findings?

Dymnicki: Looking at the pattern of findings, rather than the individual outcomes separately, it seems there is a lot that is critical from youth’s or alumni’s perspectives around trying new things, advocating for themselves, and having a chance to explore their adolescent development and who they are.

Gillard: Probably the most exciting finding was just how prevalent the “trying new things” outcome of the camp was. To me, it spoke to the intentionality of the programming that makes this possible for kids with serious illnesses. It was a huge validation. Eventually, we’re going to use the findings to create a theory of change because part of SeriousFun’s mission is to use research to create and improve experiences for children living with serious illnesses. We’re also sharing this research with kindred groups, including the research and evaluation team at the American Camp Association and positive youth development researchers and program staff.

Q. It seems striking that large majorities of camp alumni report so many positive benefits, given that the survey included alumni as old as 30, who may have attended camp as many as 20 years ago. What do you think about this seemingly lasting influence of the camp?

Gillard: There’s a lot of research around peak experiences—moments of joy that stand out from our everyday lives. As such, our youth development setting is meant to foster connection and belonging, a sense of community, a sense of possibility.

Dymnicki: That peak experience research is really important. When you ask adults about the most influential people in their development as adolescents, many say individuals such as teachers, counselors, and coaches. Ann, you said something important that has resonated with me, which is that for a lot of these individuals, this is the only way they can go to camp. Participants are used to facing limits in what they can do. SeriousFun camps might be one of the few times where kids with medical conditions can be around people who are like them and experience opportunities like this. It would then make sense that SeriousFun camps become so much more salient for alumni because they had such a unique experience.

Q. How are the findings from this study relevant in the youth development and education communities more broadly?

Dymnicki: AIR is producing a body of work synthesizing the science of learning and development, called SoLD for short. That work has shown the importance of relationships and creating safe spaces and opportunities for youth to grow and have choices. Although educators might have a hard time making the connection from a study of camp alumni with medical conditions, the findings really speak to the core elements of any program that will help youth thrive. The SeriousFun study shows a lot about the resilience of this particular population but also ways to create positive experiences for all youth. Our study underscores the importance of working to make our schools more equitable and creating supportive environments to promote positive outcomes for all youth.

In 2020, AIR was contracted to conduct a descriptive study of SeriousFun camps, which aim to help children who are living with serious illnesses develop confidence, resilience, and social skills and try new things.

The Science of Learning and Development (SoLD) initiative began in 2016 with a shared commitment to a better and more equitable education for each and every child—and a hypothesis that a synthesis of the knowledge from multiple disciplines could provide critical insights and solutions to persistent and growing inequity and ...
Contact 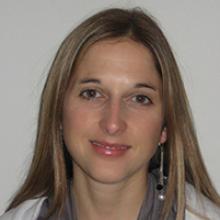