In Conversation: The Role of Research and Evidence in School Integration Policies

This is the second of two conversations by current and former colleagues Robert “Bob” Kim and Terris Ross. Kim, an AIR Institute Fellow, served as deputy assistant secretary in the Office for Civil Rights of the U.S. Department of Education during the Obama administration. Ross is a program director for the AIR Equity Initiative. She conducted and led numerous PreK-12 research and evaluation projects at the U.S. Department of Education, where she worked with Kim for several years. Their first conversation focused on policy development and implementation, and the below explores school integration policies.

What might we accomplish if we combined multiple evidence-based strategies, such as universal preschool and equitable funding practices, with district, school, and classroom integration efforts?

Terris: My sense is that we’re a long way from comprehensive school integration in this country. Despite court-mandated desegregation in 1960s and 1970s that followed the Brown v. Board of Education decision and other “voluntary” measures to foster school integration, such as magnet schools, open enrollment policies, and school attendance boundary changes, many children still attend racially and economically segregated schools.

Take magnet schools, for example. From 1989 to 1993, I attended one of the best magnet high schools in America. That school was built in my neighborhood, an African American community, and featured rigorous specialty programs, including math, science and engineering; International Baccalaureate; and computer science. It also had a ‘traditional academic program,’ or TAP, which was perhaps more challenging than traditional schools in my community, but not as rigorous as the specialty programs.

I was the only Black student in the math, science, and engineering program for my grade and, in fact, there was only one of “us” per grade level in that program. TAP was where you found most of the Black and Hispanic students. White and Asian students filled the ranks of the other programs. Maybe that was the best our school system could do at that time, but I contend that we could have done a little better. These kinds of segregated curricula in so-called “integrated” schools can still be found all over America.

Bob: Your story really highlights two realities: First, our menu of strategies has been ineffective at integrating schools and, second, the strategies or programs we do have, such as magnet schools, could be implemented better. Other than the Magnet Schools Assistance Program, which provides grants to establish magnet schools, there really aren’t any federal programs I know of that include school integration as an explicit policy goal. There have been attempts, but they have gotten caught up in politics and haven’t been implemented.

Terris: What can be done to get additional school integration policies on the books and implemented at the district, school, or classroom level?

Bob: When it comes to school integration, we need to use a stakeholder-informed approach and apply it not only to policy implementation but also to policy development. Policy implementation around school diversity and integration is more likely to happen if communities and districts have a hand in developing the policies. The question is: Do communities and districts still want school integration? Or do they think it’s too much to handle because of housing and neighborhood segregation, systemic racism, legal obstacles, the lack of political will, or other reasons? If that’s the case, then researchers, system and community leaders, and civil rights advocates really have their work cut out for them to make the case that school integration, between and within schools and school districts, is still relevant and important today.

Terris: I believe research evidence and data, along with personal narratives, should be the starting place in building support for integration policy development. Over the course of the last 10 to 15 years, I’ve witnessed growing interest and facility with research evidence among school and system leaders, who want to know what works for their specific education challenges.

And then there are efforts like The Century Foundation’s work with the Bridges Collaborative, which brings together education and housing agencies and organizations to develop and implement integration strategies. Current research shows the benefits of school integration to the public, such as stronger academic outcomes for all students, regardless of race and socioeconomic status. We must communicate these benefits using student and teacher voices and expand the conversation from peer-reviewed journals to public spaces and social media. Then, I believe we would see a much steeper adoption rate for integration strategies.

Bob: I think we need more research that provides evidence and support for the necessity and efficacy of race-conscious measures to achieve school integration. In the Parents Involved v. Seattle Schools case, the Supreme Court stated that school assignment policies that considered individual students’ race had to be narrowly tailored and supported by a compelling governmental interest. A plurality of the Court wasn’t convinced that achieving greater student diversity or reducing racial isolation was a compelling interest in the K-12 context. In other words, rather than producing a crude “racial balancing” plan, they need evidence supporting the contours of a school integration plan that takes student race into account. They also need to show that strategies that don’t take students’ race into account were not effective in the past.

Even if schools don’t consider students’ race in their school assignments, it’s probably a good idea for schools to collect evidence and data to support the benefit of generally race-conscious strategies and consider race in other ways to help diversify school populations, such as school siting, feeder patterns, and boundaries. The Office for Civil Rights outlined these strategies in a 2011 guidance to schools. Given the current political and legal climate, any race-conscious school integration strategy is likely to be subject to restrictions and challenges, which highlights the need for a solid research evidence plan to study the value of or need for school integration policies and programs in specific districts or regions. This is part of what the AIR Equity Initiative is trying to accomplish.

Terris: This speaks to the need for voluntary and comprehensive integration policies that are about more than bringing students of different races into the same districts, schools, and classrooms. What might we accomplish if we combined multiple evidence-based strategies, such as universal preschool and equitable funding practices, with district, school, and classroom integration efforts? 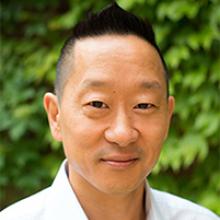 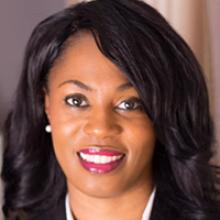