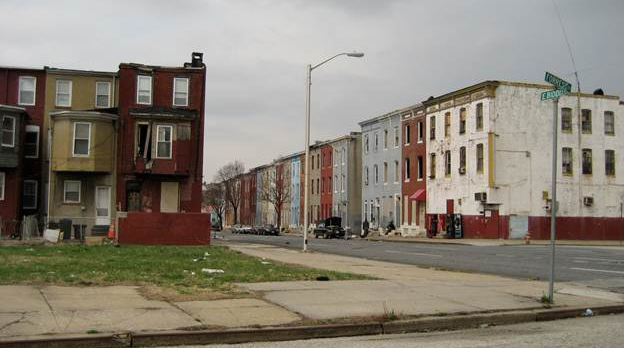 Comments on The Other Wes Moore: One Name, Two Fates (Random House)

The Other Wes Moore: One Name, Two Fates is the searing and moving first-person account of two poor young African American men growing up in Baltimore who happen to share the same name. In many ways their lives are alike, but their fates are radically different. One Wes Moore, the author, graduated from Johns Hopkins University with honors, then became a Rhodes Scholar and decorated combat veteran, successful businessman and bestselling author. The other Wes Moore was a drug dealer in prison for life, convicted of murdering Bruce Prothero, a policeman and father of five, during a robbery of a jewelry store in 2000.

Written with passion, conviction, and purpose, The Other Wes Moore takes us down the tough and at times unforgiving streets where childhood innocence is a luxury few can afford and where families struggle against long odds to help their children succeed.

Poverty is a wall few can scale. Wes Moore takes down this wall brick by brick so we see the real people in both men’s lives. It’s the women who stand out—the mothers, sisters, aunts, and grandmothers who fight fearlessly for their sons, brothers, nephews, and grandsons. Sometimes they win, sometimes they lose. Sometimes the streets are just too powerful.

Roughly four months ago Baltimore, still hurting from the unhealed wounds of the 1968 riots again erupted in rebellion and riot. For several days young men and women threw rocks, smashed windows, and fought with police in the wake of the death of Freddie Gray, a 25-year old African American who died of spinal injuries while in police custody.

The rioting has stopped but the crisis remains.

Poverty and discrimination never excuse murder. The victims of the other Wes Moore’s crime were Bruce Porthero, his family, and the whole community. The question is how to prevent more murders and acts of violence and create peaceful productive communities.

Investing in people is the surest way to a more a bountiful and just society. Here is the author Wes Moore on the power of people:

The most important thing that happened to me was not being physically transported—the moves from Baltimore to Bronx to Valley Forge didn’t change my way of thinking. What changed was that I found myself surrounded by people—starting with my mom, grandparents, uncles, and aunts, and leading to a string of wonderful role models and mentors—who kept pushing me to see more than what was directly in front of me, to see the boundless possibilities of the wider world and the unexplored possibilities within myself. People who taught me that no accident of birth—not being black or relatively poor, being from Baltimore or the Bronx, or fatherless—would ever define or limit me. In other words, they helped me to discover what it means to be free.

What kind of policies are needed so that all children can discover what it means to be free?

President Obama recently launched “My Brother’s Keeper” to mobilize resources and opportunities for young African American men, surely an important step forward, but more is demanded of us.

We need a comprehensive approach to opportunity and justice that supports the whole child, the whole family, and the whole community. Good policy should start with the desires, needs, and hopes of the people in East Baltimore and other communities of concentrated poverty because they have funds of knowledge and wisdom born of the reality of their lives.

Above all, we can learn this from The Other Wes Moore: build strong families—warm and lasting relationships can be the difference between life and death.

Easy? No, but as author Wes Moore says, “The common bond of humanity and decency that we share is stronger than any conflict, any adversity, any challenge.”

Peter Cookson is the director of The Equity Project at the American Institutes for Research. He is has written or co-written more than 15 books on education reform and policy. His most recent publication is “Class Rules: Exposing Inequality in America’s High Schools.”