Published in the Journal of MultiDisciplinary Evaluation, Volume 13, Issue 29, 2017.

The physical, emotional, and financial costs resulting from youth violence are well documented. In 2011, Massachusetts initiated the Safe and Successful Youth Initiative (SSYI), which provides a comprehensive public health approach for young men believed to be at “proven risk” for being involved with firearms.

This article summarizes the results of a quasi-experimental evaluation study to test a youth violence intervention program in eleven cities in Massachusetts. Results indicated that SSYI had a statistically significant and positive impact on reducing the number of victims of violent crimes, aggravated assaults, and homicides per month that were reported to the police. A city with SSYI has approximately 60 fewer victims of violence each year, ages 14-24, per 100,000 citizens over the post-intervention period. 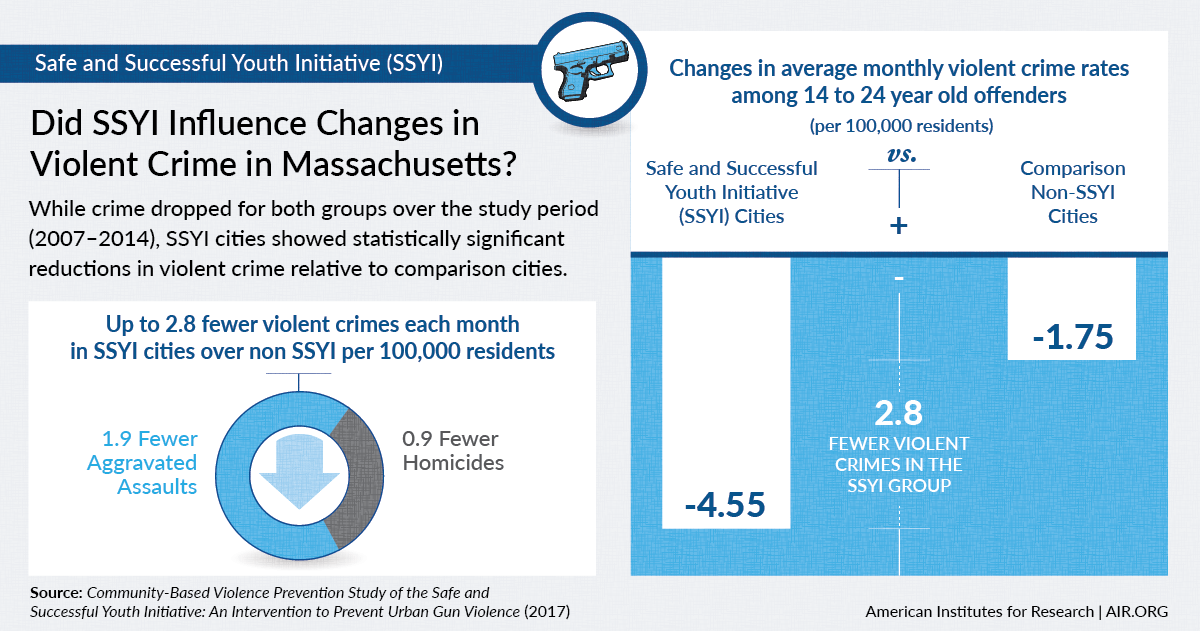 The SSYI program components included: (1) Specific identification of young men, ages 14-24, at highest risk for being involved in firearms violence; (2) Use of street outreach workers to find these young men, assess their needs, and act as brokers for services; (3) The provision of a continuum of comprehensive services including education, employment, and intensive supervision. Eleven cities with the highest count of violent offenses reported to the police in 2010 were selected for SSYI funding in 2011 and began implementing the program. Using police incident data, researchers examined SSYI's impact on monthly city level violent crime, aggravated assault and homicide rates for persons ages 14-24.