This commentary appeared in USA Today on October 22, 2015.

Americans love college rankings. You can learn which schools have gourmet cafeterias, great parties, or winning football teams. But if you want to know which school is the right choice for launching your future, these lists aren’t much help. That’s too bad, because most people see post-secondary education as an investment in a better career and a better life. Students and families looking for a good return should ignore these myths about choosing a college:

1. You must attend a name brand school.

True, Ivy Leaguers tend to fare better in the workforce than other graduates, but their success could trace back to selective admissions, not quality of education. While landing a spot at Harvard, Stanford, or Princeton can be as hard as winning the lottery, the average acceptance rate for more than 1,000 public and private schools that report admissions data to the federal government is higher than 65%.

College Measures, an initiative I run, has found that many schools that are not name brand deliver great value for the money. We compared college graduates’ earnings in a half dozen states and found that graduates of many regional campuses earn as much as graduates from state “flagships”—and from most private colleges. Many paths to good jobs and strong wages don’t run through the schools with national reputations.

2. You will get your degree in four years.

Though most students expect to earn a bachelor’s degree in four years, research tells another story. On average, just more than one in three students gets a degree within four years. Even after eight years, the average is only slightly more than half. Too few schools report how long it takes students to complete their degrees, but some states do. Texas reports that it takes on average less than five years to complete a bachelor’s degree at UT-Austin, but almost seven years at Texas A&M University-San Antonio, University of Houston-Downtown, and Sul Ross State University-Rio Grande College.

3. The cost of college is what you see on a school’s website.

Do not be scared off by the high prices schools list on their websites. Students often pay less, sometimes much less. Most schools will discount that price through financial aid and, depending on the income and savings of students and their families, federal and state aid might further reduce the cost.

A tip: Federal law requires each school to have a “net price calculator” on its website to help students figure out whether attending is within their financial means. These are often hard to find, but it is worth the effort.

A warning: Many families look at how much they need for tuition, housing, and books but overlook other costs. Don’t forget that each year spent on a degree is another year of tuition, lost earnings, and growing interest on loans.

4. A bachelor’s degree is always worth it.

According to a new Gallup study, only 38% of recent grads said college was worth the cost. Not surprisingly, the more debt students have, the more negative they are about college. But debt isn’t always a problem—it depends on how much you earn. Borrowing $75,000 and landing a $25,000-a-year job is a pretty good recipe for unhappiness, while borrowing $25,000 and landing a $75,000 job is a solid investment. Go to College Measures, PayScale, or the new federal College Scorecard to find earnings data.

Here are two trends to keep in mind when researching post-graduate earnings:

5. You need a bachelor’s degree to earn middle-class wages.

On average, the bachelor’s degree is a great investment. Over a lifetime, a bachelor’s graduate earns hundreds of thousands of dollars more than someone without a degree. That said, not all students have the time, money, or inclination to earn a bachelor’s degree. And for these young adults, looking into credentials such as associate degrees or career-oriented certificates makes a lot of sense.

College Measures' studies of these credentials show that the ones that lead to a career fixing things (technicians) or fixing people (health care) pay the most. For example, in Colorado, an associate of applied science can lead to a median salary of $42,000 a year after school, compared with $33,000 for a bachelor’s. On average, bachelor’s graduates do catch up after 10 years, but lead by only a thin margin.

Busting these myths can help students and their families get good returns on the money and time spent pursuing a college education.

Mark Schneider is a vice president and institute fellow at AIR, where he leads College Measures. He was formerly a commissioner for the U.S. Department of Education’s National Center for Education Statistics.

Who Wins? Who Pays? The Economic Returns and Costs of a Bachelor’s Degree

Given the importance of a college education to entering and staying in the middle class and the high cost of obtaining a bachelor’s degree, Who Wins? and Who Pays? are questions being asked today at kitchen tables and in the halls of government throughout the nation. This study shows that the answers are different than what is commonly found in the media. 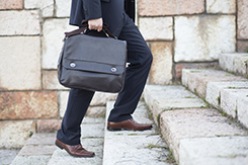 AIR Index: Can You Earn Middle-Class Wages Without a Bachelor’s?

While a bachelor’s degree remains a good investment for most students, not all have the time, money, or inclination to complete the degree. Depending on subject studied and location, those with associate’s degrees or certificates often out-earn those holding a bachelor’s. Here are the fast facts.
Topic:
Education, Postsecondary Education
3 Sep 2013
Infographic

As this infographic demonstrates, first year earnings for those with a technical associate's degree is sometimes higher than that of those with bachelor's degrees.
Topic:
Postsecondary Education
24 Sep 2015
Video 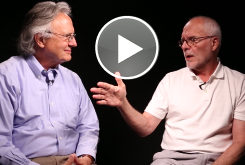 The bachelor's degree has been seen as the doorway to the middle class for most Americans, but the recent rise of sub-baccalaureate credentials has been transforming higher education. In this video series, "Breakthroughs in Education and Social Mobility," expert Mark Schneider examines the value of such credentials.
Topic:
Education, College and Career Readiness, Postsecondary Education