Surveys can be a powerful tool for capturing data and gaining insight relatively quickly and inexpensively. The Minnesota Department of Education (MDE) administers about 65 surveys a year. These surveys help gauge needs, gather feedback, inform programs and policy, and fulfill legislative requirements. More than 180 employees across the agency’s divisions assist in designing surveys and administering them to teachers, principals, parents, students, and community members.

Ensuring the quality, utility, and coordination of these surveys poses a challenge for MDE. For instance, not all agency staff who work on surveys have experience with constructing effective survey items, designing a sampling plan, analyzing the data, and interpreting and reporting the findings. In addition, some MDE staff found their surveys often had low response rates.

To address these challenges, the Midwest Comprehensive Center (MWCC) partnered with MDE in 2015 and 2016 to build the agency’s capacity in survey methodology, enhance overall survey quality, and streamline the coordination of surveys across divisions. MWCC staff collaborated closely with the MDE Survey Team in these efforts, sharing expertise, best practices, and resources through workshops, technical assistance, coaching, and feedback.

“Part of our role,” explained Jill Walston, Ph.D., MWCC project lead, “was to help coordinate the expertise that already exists in the agency to address questions around improving survey quality and coordination.”

The animated video and flyer below highlight key aspects of MWCC’s survey support.

The collaboration has strengthened the management, quality control, and coordination of MDE’s extensive survey projects. Staff have expanded and deepened their knowledge of survey methodology, and the MDE Survey Team has gained a reputation as the agency’s go-to group for information and know-how about surveys.

“We did trainings for the agency, and now the survey team is co-hosting those trainings, really heightening their visibility as experts in the agency,” said Walston. “A lot of different divisions have come to them, joined their meetings with a draft of a survey for the team to review. Helping their colleagues with on-the-spot quality assurance for their surveys ended up being a nice outcome of this project.”

With MWCC assistance, the survey team has also developed an inventory of all MDE surveys as a way to reduce redundancies, improve efficiencies, and foster collaboration across divisions. The team has created an intranet site to host the agency’s survey resources in one easy-to-access spot, including a summary of the survey inventory.

This improved survey coordination is helping MDE better target specific groups, such as district and school leaders, and monitor the number of surveys they receive. The goal is to improve response rates and ensure that key voices get heard.

“One of the challenges MDE identified early on,” noted Walston, “was that there were many surveys being conducted and not a lot of resources to support these efforts and not a lot of cross-division collaboration. The survey team, with support from MWCC, has addressed these challenges through the trainings, creation of resources and guidance documents, as well as acting as survey reviewers.”

John Gimpl, the MDE Survey Team lead added, “The survey team has already informally assisted many colleagues with survey projects. Currently we are determining a more formal process for agency staff to follow and committing to the level of service we are able to provide. There are so many tasks to complete to reach our goals, and so far the assistance from MWCC has been essential for moving the work forward.”

MDE is already putting the knowledge and tools provided by MWCC into action. In 2017, the agency is developing surveys and conducting focus groups to inform the Minnesota state plan for the Every Student Succeeds Act. 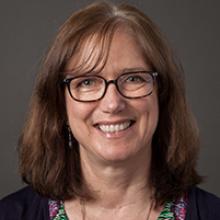