Minnesota LEAPS Ahead in Supports for English Learners

Update, March 2019: Download the family handbook discussed in this article on the Minnesota Department of Education website.

Three-hundred percent—that’s how much the English learner (EL) population has increased in the state of Minnesota over the past 20 years. ELs are the fastest growing student population in the state, representing 8% (about 67,900 students) enrolled in K–12 public schools during the 2015–2016 school year.[1] With these numbers, it’s easy to see why the Minnesota Department of Education (MDE) is focused on ensuring equity and access to high-quality education for students who are learning English. This includes helping ELs and their parents understand their rights, responsibilities, and critical school-related information.

A key driver for MDE’s efforts is Minnesota’s Learning English for Academic Proficiency and Success (LEAPS) Act. LEAPS legislation requires the state to provide culturally responsive materials to families of Students with Limited or Interrupted Formal Education (SLIFE), educators to be skilled in developing English language proficiency, and defines cultural competency as “the ability and will to interact effectively with people of different cultures, native languages, and socioeconomic backgrounds.”[2]

Supporting the mission to provide targeted support for ELs, the Midwest Comprehensive Center (MWCC) worked with MDE on a cultural competency project. The project had two primary goals:

Currently, senior MDE leadership is considering these initiatives with respect to the department’s overarching plan for improving support for ELs and their families. 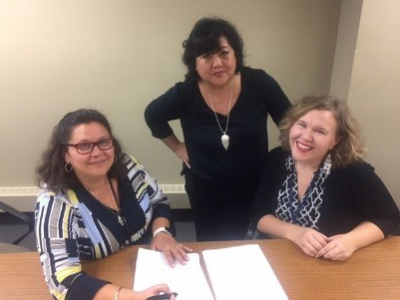 In addition to these initiatives, the second element of the team’s work focused on updating MDE’s family resource handbook. According to Tabaku, the department hopes “to provide parents and guardians of English learners in Minnesota’s public schools, in particular, parents of immigrant and refugee students, information about how schools function in the U.S. so they can better support their children in school, and to inform them of their rights (in accordance with civil rights and other federal requirements) and responsibilities.” Pictured discussing the handbook are (left–right) Leigh Schleicher, supervisor, Student Support, MDE; KaYing Yang, director of Programs and Partnerships, Coalition of Asian American Leaders; and Michelle Niska, EL education specialist, LEAPS Implementation, MDE.

The team’s process for reviewing the handbook included staff from both MWCC and MDE as well as members of the English Learner Stakeholder Input Group who determined where updates were necessary. Reflecting on the condition of MDE’s family resource handbook, Tabaku says, “In the final analysis, the handbook needed a major rewrite rather than a simple update. The original had been developed in the 1980s and wasn’t available in other than hard copy. A fresh look was given to topics, and MDE interviewed community members representing a variety of language and ethnic backgrounds to inform the process.”

Addressing the Needs of EL Students and Their Families 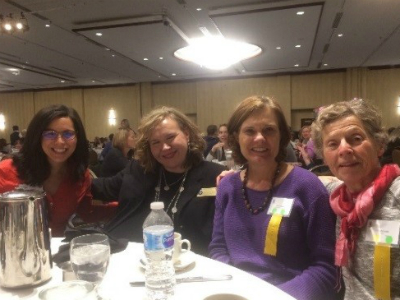 As part of the development process, MWCC worked with MDE to enhance an electronic version of the handbook. On October 27, 2017, Niska introduced the handbook to MDE staff and stakeholders during the Minnesota English Learner Education Conference. Pictured at the conference are (left–right) Aara Johnson, program director, Emerging Multilinguals Network, Minnesota Education Equity Partnership, who represents one of the organizations that reviewed the handbook; Michelle Niska, MDE EL staff; Lisa Tabaku, MWCC TA staff; and Ursula Lentz, MDE EL staff.

The updated family resource handbook covers essential topics to help ELs and their families learn about services, programs, and policies in Minnesota’s schools and districts. Topics include the following:

According to MDE’s Niska, “Districts and charters will be able to share the handbook with parents and families of immigrants and refugees as a tool for them to learn more about the Minnesota educational system. Unlike the traditional district or school handbook, this document is focused on the unique and specific questions that parents of immigrants and refugees may have about the United States and local school system,” she explains. Emphasizing the importance of allowing local staff to customize content, Niska adds, “there will be portions of the electronic handbook where districts, schools, and charters will be able to add information about policies and practices that are particular to their settings.”

After incorporating feedback from EL stakeholders who have reviewed the handbook, MDE plans to publish the resource online in English and to translate the content into the major languages spoken by Minnesota’s families soon thereafter. MDE would also eventually like to offer the handbook in an audio format in multiple languages so it can be understood by families who are unable to read. In addition, MDE plans to share the handbook with advocacy groups and to use social media to promote this resource.

Regarding the collaboration with MWCC, Niska says, “Lisa Tabaku has been instrumental in helping this project go from rough draft to nearly finished product. She has given insight on what parents need to know about schools and on how to write the document from a lens of advocacy for the parents who will soon be using the book. She has helped keep the project moving forward and has assisted me with creating a plan for dissemination once we are ready. I am certain that the project would have taken much longer and would not have been nearly as comprehensive without her dedicated work. She is very valuable to us.”