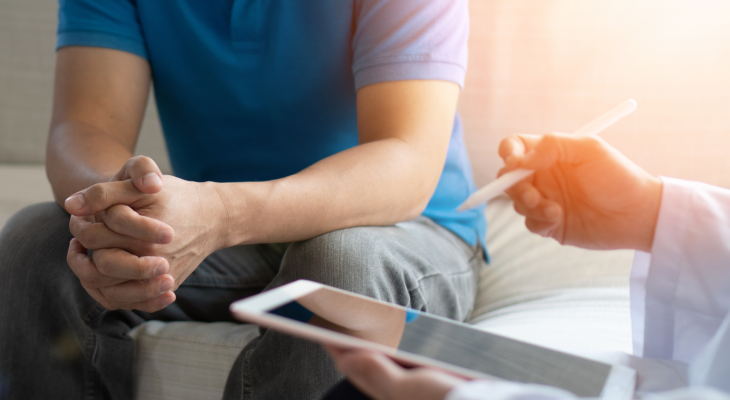 Cases of chlamydia, gonorrhea, and syphilis have increased for the sixth consecutive year in the United States—reaching a historic high, according to the Centers for Disease Control and Prevention (CDC). Sexually transmitted infections (STI) clinics and other community-based organizations play a vital role in providing timely access to STI prevention services, particularly for medically underserved communities, such as racial and ethnic minorities, individuals with lower socioeconomic status, and LGBTQ individuals, all of whom are at higher risk for STIs. However, federal funding for these efforts has stagnated over the past two decades, resulting in a nearly 40% decline since 2003. Reductions in funding hamper stakeholders’ ability to adequately provide STI treatment and prevention services for the populations they serve and can result in safety net clinics offering fewer services or even closing.

In the midst of this reduced public health funding, Medicaid, the largest public funder of STI treatment in the U.S., becomes an even more critical partner for filling gaps in the provision of STI prevention and treatment services. However, many people who receive Medicaid benefits are not able to receive treatment for STIs, for a few key reasons. Here we review some of these barriers and offer considerations for Medicaid’s role in combatting STI transmission.

Lack of health insurance or having less-generous coverage can affect if and how individuals seek health care services, including services for STIs. Conversely, research from the Kaiser Family Foundation has shown that individuals who received health care coverage as a result of expanded Medicaid eligibility showed improvements in the timeliness of accessing care, as well as general improvements in health outcomes for a variety of conditions.

There are large geographic disparities in the spread of bacterial STIs in the U.S., with southeastern U.S. states tending to have some of the highest rates. Much of this region includes states that have not expanded Medicaid eligibility under the Affordable Care Act. Of the 10 states (Alaska, Mississippi, Louisiana, South Carolina, New Mexico, North Carolina, Georgia, Alabama, New York, and Illinois) that CDC data show have the highest bacterial STI burden, about half have not expanded Medicaid eligibility in accordance with the Affordable Care Act.

2. Variations in Medicaid Coverage and Reimbursement

Additionally, federal law permits Medicaid enrollees, including those enrolled in managed care, who seek family planning services to visit any Medicaid provider without a referral. However, enrollees could be left fully or partially responsible for covering the cost of these services, depending on how and when states define STI testing as a family planning service.

For Medicaid enrollees with a particularly high risk of contracting an STI, the CDC recommends extragenital testing at the sites of contact, which could include rectal and pharyngeal testing, in addition to urethral testing, when applicable. Extragenital testing is vital in combating STI transmission, as a recent study showed that 70-88% of rectal or pharyngeal chlamydia or gonorrhea infections did not have a concurrent urethral infection. Despite this, many payers, including Medicaid, may not fully reimburse or may outright reject claims for multisite STI testing for an enrollee on the same day. This could disincentivize providers from conducting and advocating for enrollees to receive additional tests.

Stigma around STIs creates barriers to testing and treatment. Specifically, research suggests that perceived stigma around STIs reduces the odds a person will seek out STI testing. To make meaningful progress in reducing STI transmission, Medicaid stakeholders must consider strategies to address STI-related stigma to bolster access to, and uptake of, the services.

State Medicaid agencies and providers, researchers, federally qualified health centers, and other stakeholders could consider the following policy and programmatic options to address barriers and increase access to STI care.

Variations in how STI services are defined and which services are fully covered under traditional Medicaid benefits packages can lead to additional costs incurred for enrollees and could disincentivize them from seeking regular testing and treatment.

Medicaid has a significant role to play in addressing rising numbers of STI cases in the U.S. Despite generally having a higher risk of STI infection, screening rates for high-risk Medicaid enrollees remain low, and a number of policy and programmatic barriers hinder access to care.

Screening rates for high-risk Medicaid enrollees remain low, and a number of policy and programmatic barriers hinder access to care.