Since 1999, nearly one million individuals in the U.S. have died due to drug overdoses. And, in an alarming turn of events, the Centers for Disease Control and Prevention estimated that deaths from drug overdoses reached 93,000 in 2020, a 30% increase from 2019. An estimated 75% of those deaths are related to opioids.

Despite this grim news, there is a medication—naloxone—that can help prevent opioid overdoses and is a crucial part of combatting the opioid epidemic. Naloxone quickly blocks the effects of opioids and reverses opioid overdose. Research shows that communities implementing overdose education and naloxone programs are likely to have fewer overdose deaths. Patients receiving long-term opioid prescriptions who were also co-prescribed naloxone had 47% fewer opioid-related emergency department visits six months after receiving a naloxone prescription, compared with those who did not receive a naloxone prescription. After 12 months, they had 63% fewer emergency department visits. 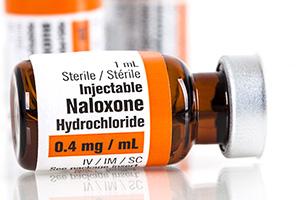 Naloxone has no potential to be abused and has not been shown to lead to increased or compensatory drug use. While naloxone accelerates opioid withdrawal symptoms, there are few adverse events associated with its use. Naloxone also has been demonstrated to be a cost-effective intervention for people who use heroin. Further, it can be administered safely and effectively by laypeople in non-medical settings. Naloxone is not a magic bullet that will solve the opioid overdose epidemic; a multipronged, holistic approach is required. However, it is one of many important tools that can help prevent opioid-related deaths and reduce harms for people who use drugs.

Despite these benefits, stigma and fear have prevented it from being more widely distributed. Further, the U.S. is experiencing a critical naloxone shortage, due to an undisclosed production line issue with a major manufacturer of the medication. Community-based harm reduction programs and the Opioid Safety and Naloxone Network, a buyers’ club that obtains naloxone at a reduced price, rely heavily on an agreement with this manufacturer. Shortages in the buyers’ club supply have forced participating organizations to pay retail prices, which can range from twenty to thousands of dollars per dose, depending on the formulation. As overdose deaths continue to rise, harm reduction advocates are calling for leaders to invoke federal laws that would allow the government to manufacture generic versions of the patented drug to increase naloxone supply.

The nation’s naloxone shortage has highlighted the persistent challenges of getting this medication into the hands of those that need it. Currently, community-based organizations and health departments with peer-led overdose education and naloxone distribution programs play an essential role in naloxone education, use, and distribution. However, these groups typically lack the resources to withstand exploitative market fluctuations, such as those we’re experiencing now with naloxone. Further, community-based programs often operate on shoestring budgets and serve individuals with very complex needs; they could benefit from the support of other community members and organizations. Here are some examples of how other stakeholders can play a role in harm reduction.

Communities across the country are developing new approaches to who responds to overdose calls, but in many areas, police officers are often first to arrive at the scene of a suspected opioid overdose. Police officers can safely and effectively administer naloxone, and as a best practice, are equipped with it. Police departments and other first responders can find ways to redistribute doses of naloxone purchased by their departments that will otherwise not be used, as even expired naloxone can save lives.

Individuals recently released from prison are as much as 40 times more likely to die from an opioid overdose than people in the general population. The increased risk of fatality is related to a reduction in tolerance following abstinence from or reduced use of opioids while incarcerated. Naloxone kits given at discharge can benefit returning citizens and their communities. Research shows that many of the naloxone kits given at release were either used to save the life of the returning citizen or others in the community.

Individuals recently discharged from a substance-related inpatient visit have an increased risk of a fatal opioid overdose immediately after discharge. Primary care providers can play a role in saving lives by prescribing naloxone for patients at risk for opioid overdose, including those who may use stimulants or by providing third-party naloxone prescriptions to those who have a loved one at high risk of overdose.

Naloxone is a prescription-only medication despite having no abuse potential and a favorable safety profile, leading many advocates to argue in favor of an over-the-counter Federal Drug Administration classification for the medication. Nevertheless, naloxone can be dispensed by pharmacists in most states without a direct physician prescription via standing orders or laws that give pharmacists authority to prescribe directly. Individuals may still face challenges such as finding a pharmacy that carries naloxone, stigma, and cost. By promoting the availability of naloxone, pharmacists could increase awareness and usage.

Ultimately, reducing harms for people who use drugs goes beyond naloxone. The current naloxone supply shortage is also an opportunity for all stakeholders to advocate for addressing the root causes of the overdose crisis, such as the social determinants of health. To learn about the social determinants of health and other research-informed, community-based ways to prevent and reduce the negative consequences of substance use disorder, visit AIR CARES. 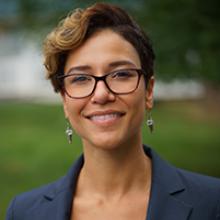