Cautious Optimism and a Path Forward to Reduce Bullying

Bullying is on the decline, but evidence is mounting that it is even more toxic for children and adolescents than previously thought. A recent article in The Lancet, Adult Mental Health Consequences of Peer Bullying and Maltreatment in Childhood: Two Cohorts in Two Countries (Abstract), suggests that being bullied may be even more harmful than maltreatment at home if subsequent mental health disorder is the measure. Children bullied by their peers are more likely than children maltreated by family to suffer later from anxiety, depression, and self-harm. So reports that bullying declined for children ages 12 to 18 in 2012-13 might be grounds for optimism, particularly since both the federal government and most states are working to end bullying.

But there’s more to the story: How hopeful the new statistics are depends on where you sit. If you are a child with a one-in-five chance of being bullied, or a teacher in a classroom with a bully, or the parent of a bullied child, fear or worry likely trumps hope. Certainly a 22 percent bullying rate is still too high, even though it’s better than 28 percent, the 2011-12 average. 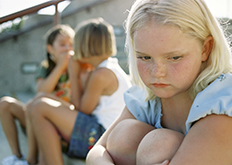 Also, a one-year drop isn’t a trend, and the CDC’s Youth Risk Behavior Survey (which has a different focus so is not exactly comparable) shows no such decline for the same period. Still, this is the first drop since The National Center for Education Statistics started to report on bullying in 2005. If this improved annual rate morphs into a trend, it will justify our hope.

Research on how to prevent bullying and bullying-related victimization is also both encouraging and discouraging. The most rigorous systematic review of bullying—an international comparison done for the Campbell Collaboration (Farrington and Ttofi, 2009)—found that effective programs were associated with a 20-23% reduction in bullying and a 17-20% reduction in victimization. Good? Yes. Good enough? No, especially for the U.S., since the same review found that the anti-bullying programs worked better outside of the U.S.

So what do we do to fight a scourge that scars so many so deeply? Although we know enough to make a dent, we don’t know enough about how to address bullying more efficiently in its many contexts. More research and better programs would help, but the research will take time and new programs may require additional resources. Meanwhile, we need an interim strategy, which can also help us improve our ability to prevent bullying in the long run.

The infusion approach could be practical and cost beneficial. Both SEL and school connectedness are known to boost academic learning and post-secondary success, which enhances the return on investment on these blended efforts.

More schools and districts might find it easier to make the leap next year, when the U.S. Department of Education releases a suite of school climate surveys for students, teachers, other school staff, and families that contains items on bullying and related issues, and which can be used freely by schools and districts to continuously improve their school environments. If research finds that these broader approaches reduce bullying and victimization further, they may help our nation scale up and deepen the impact of anti-bullying efforts. 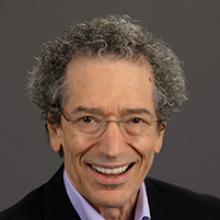