In 2010 in California, the Kindergarten Readiness Act changed the kindergarten entry cutoff so that children must turn five by September 1 (instead of December 2) to enter kindergarten. It also established a new grade level—Transitional Kindergarten (TK)—which is the first year of a two-year kindergarten experience for students who turn five between September 2 and December 2. When fully implemented, TK is intended to provide an additional year of early education for these children, with the goal of promoting their success in school.

When TK began in the 2012–13 school year, there were many questions about this new grade. Parents wondered: What is TK? Who is eligible? Does my district offer TK? Is TK right for my child? With the delayed final approval of TK at the state level, stakeholders across the state wondered how districts would recruit families and roll out a new program in such a short time frame. Who would show up on the first day of school? And what would they find when they arrived? 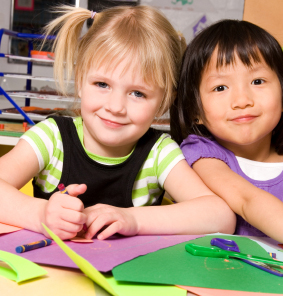 Findings from this study point to the challenges districts faced in recruiting children for TK during the first year of TK implementation. Most districts reported that parents frequently wanted to enroll their children in kindergarten rather than in TK. District administrators also described other parents who were not aware of the TK program or who were concerned that TK was a remedial program and did not want to send their children to a program they did not understand. Despite these challenges, there were no particular demographic groups of students disproportionately left out of TK. District survey results compared with statewide kindergarten enrollment data from the California Department of Education reveal no significant differences in ethnicity, poverty, or English learner status between students in TK and students in kindergarten.