Pursuing Equity and Excellence in Mathematics: Course Sequencing and Placement in San Francisco

In 2014, the San Francisco Unified School District (SFUSD) moved away from a state-supported policy that placed all Grade 8 students in Algebra I due concerns about poor student outcomes and growing achievement gaps. After adopting the Common Core State Standards and consulting with experts, the district adopted a new policy for the 2014-15 school year that "de-tracked" its middle school math classes. All students are now enrolled in the same heterogeneously grouped courses in Grades 6-8, and then enrolled in Algebra I in Grade 9 and Geometry in Grade 10. In Grade 11, students are able to accelerate so they are prepared for Advanced Placement classes in Grade 12.

A new policy and practice brief from the California Collaborative on District Reform, an initiative of AIR, explores student outcomes four years after the change. The Collaborative brings together researchers, practitioners, policymakers, and funders to support improvements in teaching and learning in California’s urban school systems.

The brief presents data that indicate that SFUSD’s de-tracking policy shows promise after four years, including:

Based on SFUSD’s experience, the brief also offers considerations for other district who might enact such a policy change, including addressing concerns about preparation for postsecondary education, communication with local stakeholders, and attention to equity.

The California Collaborative on District Reform, an initiative of AIR, joins researchers, practitioners, policymakers, and funders in ongoing, evidence-based dialogue to improve instruction and student learning for all students in California’s urban school systems. In particular, the group recognizes the key role that districts play in supporting educational improvement. ...
Contact 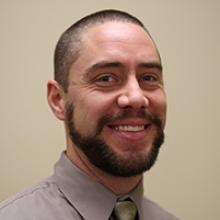