This blog post was originally published on June 23, 2016 on the Brookings Institution's Brown Center Chalkboard.

The Supreme Court held this morning that UT Austin’s race-conscious admissions plan is lawful under the Equal Protection Clause. The full decision is available here.

What does this mean and not mean?

UT Austin’s practices related to admitting about three-fourths of its freshman class based on class rank was not at issue. Rather, Fisher II concerns the remaining fourth—specifically, the University’s policy of considering “special circumstances” as one part of an applicant’s profile. Such circumstances may include socioeconomic status or race.

The question is whether this consideration of race is legal. In Fisher I, the Court identified principles for assessing the constitutionality of an affirmative action plan. The university has the right to deem diversity valuable and to take steps to pursue it, but it must show that its admissions policies have been “narrowly tailored” to achieve diversity. Fisher I did not rule on the constitutionality of UT Austin’s admissions system but did find that the university had not yet demonstrated that its plan had been sufficiently narrowly tailored.

By a 4-3 margin, the Court today ruled in the University’s favor. The majority holds that UT Austin “met its burden of showing that the admissions policy it used at the time it rejected petitioner’s application was narrowly tailored.” While the decision is very long—the dissent alone running to 50 pages—two parts examined below illuminate the difference in viewpoints between the two sides in the case.

The first contention is whether the University was specific enough in setting out the goals it hopes to achieve through diversity. The University argued that diversity on campus “promotes cross-racial understanding, helps to break down racial stereotypes, and enables students to better understand persons of different races” as well as “promotes learning outcomes, and better prepares students for an increasingly diverse workforce and society.” The majority ruled that these goals are “concrete and precise” and that the University had demonstrated that race-neutral policies alone had not achieved those goals.

The dissent described these diversity goals as “amorphous” and “nebulous,” raising the concern that since they are not sufficiently concrete, they “offer no limiting principle for the use of racial preferences.” In other words, the dissent argues, if these goals are hard to describe, much less measure, then how will the University know that race-based preferences are no longer necessary?

Both sides cite a study showing a lack of classroom diversity at UT Austin before the university adopted race-conscious admissions. The study shows that prior to adoption of the admissions process under consideration, among classes with at least five students, 52 percent had no African-American students, 16 percent had no Asian-Americans, and 12 percent no Hispanics. Only 21 percent of classes had more than one African-American student. The majority took this fact to mean that minority students “experienced feelings of loneliness and isolation” on campus.

The dissent raised concerns about the use of the study to justify the university’s policies. First, dissenters argue that the university did not provide any evidence that applicants admitted partly due to race were relatively more likely to contribute to classroom diversity. Second, the study shows that classroom diversity was more limited for Asian-American students than for Hispanic students, raising the question of why the university is justified in privileging Hispanic students over Asian-American students in admissions.

Is affirmative action alive and well in the U.S.? While supporters of race-based preferences will welcome this verdict, a few questions remain unanswered.

First, the majority’s decision does not give universities a blank check in constructing affirmative action policies. The majority emphasized that the university had continually studied its admissions policies, finding that “race-neutral policies and programs had not been successful,” that these studies had been done “with care,” and the university was charged to continue to “scrutinize the fairness of its admissions program.” Thus, universities must continually provide evidence that without considering race they can’t achieve their diversity goals.

The Court’s finding that race-neutral policies were unsuccessful is consistent with previous research. Using data from Texas, Mark Long finds that using proxies for race would be inefficient in raising the representation of minority students. My own work with Kate Antonovics finds that although evidence suggests that the University of California increased the weight placed on correlates of minority status (such as family disadvantage) after the state’s affirmative action ban, this response did not restore diversity to pre-ban levels.

Second, the issue of discrimination against Asian-Americans in admissions continues to loom large. Complaints have been filed against several Ivy League institutions, and the dissent spent several pages chastising the courts, especially the Fifth Circuit, writing that its “willful blindness to Asian-American students is absolutely shameless.”

Finally, with Justice Kagan recused and Justice Scalia’s seat vacant, the verdict was 4-3. (Typically, nine Justices decide cases.) If no Justice is appointed before November’s election, the next president’s choice for the empty Court seat will be important for cases such as this one with close decisions.

For today, the Supreme Court has upheld UT Austin’s affirmative action admissions policies. But with the high bar of evidence required to demonstrate their necessity and continued use, as well as future decisions related to race in higher education, it’s unclear exactly whether and how affirmative action will continue to be a part of the American college experience.

Ben Backes is a researcher at AIR and an affiliated researcher with CALDER. His research focuses on the sorting of students to schools in higher education with a focus on disadvantaged students. 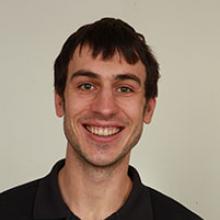