This is an important question because charter schools have become the most popular alternative to traditional public schools in the United States over the past three decades, especially in urban school districts. And given the established role of teachers as the most important schooling factor that affects student outcomes, teacher quality is a likely factor in driving charter school effectiveness.

In a new AIR study, we examined the disparities in teacher effectiveness between charter schools and traditional public schools in Florida. To measure individual teachers’ contributions to their students’ test scores, our analysis used the official “value-added scores” calculated by the Florida Department of Education and used throughout the state’s teacher evaluation system.

Our study covered all teachers in Florida with value-added scores in the 2011–12 and 2013–14 school years. Typically, these teachers instructed students in grades that are subject to statewide standardized testing (grades 3 through 10 in reading and grades 3 through 8 in math).

Value-added scores used in our analysis were generated by the Florida Department of Education using the state’s official value-added model. The Florida value-added model measures the effect of teachers on student learning by comparing test scores of their students with those of students in the same grade who are similar, along with prior test scores, subject-relevant courses enrolled, disability status, gifted status, English proficiency, attendance, student mobility across schools, age, and classroom characteristics (such as class size and homogeneity of entering test scores in the class).

These scores are generated by value-added models—statistical techniques currently used in teacher evaluations in many states and school districts. These models have been shown to isolate the contribution of a teacher’s impact on student achievement.

Here’s what we found:

Are charter teachers in high-poverty schools more effective because they are more experienced or better educated? We examined this question using teacher-level information from Miami-Dade County Public Schools, which houses more than 20 percent of all charter schools in Florida. We found no evidence that cross-sector differences in teacher effectiveness are driven by differences in teacher characteristics.

Instead, we found that early-career teacher effectiveness increased significantly with experience in high-poverty charter schools but not in traditional public schools.

So, why did teacher effectiveness increase with experience in high-poverty charter schools but not in traditional public schools? While the definitive answer was beyond the scope of our study, we explored several mechanisms. One possibility is that charter schools are better at filtering out less effective early-career teachers as a result of less restrictive personnel policies.

Among the teachers we observed in our sample (teachers with value-added scores), we found that those who left high-poverty charter schools were less effective than those who left high-poverty, traditional public schools, providing evidence to support this possibility. Our analysis of Florida educators in the national Schools and Staffing Survey (SASS) also points in this direction: 69 percent of traditional public school principals in Florida (versus 13 percent in charters) reported personnel policies as a barrier to dismissal of poorly performing teachers.

States can’t require more parental involvement in traditional public schools, but policymakers could consider ways to give principals more tools to deal with less effective teachers and to give teachers more support overall and more autonomy in their classrooms to help improve classroom conditions, increase teacher motivation, and, in the end, improve student outcomes. 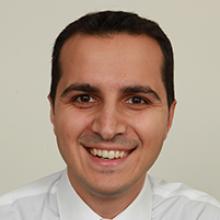