We all agree that teachers are the most important in-school factor in student learning. We pay less attention—a lot less—to school principals’ essential role in creating the conditions for teaching and learning. It’s the principal’s job to make sure that all students have equitable access to the best teaching in a safe, supportive learning environment.

Responding to principals’ increasingly demanding roles and to the latest research, after a tumultuous two-year process, the Council of Chief State School Officers and the National Policy Board for Educational Administration are scheduled to release revised school leadership standards next month. These standards build on the current ones, the Interstate School Leaders Licensure Consortium (ISLLC) Standards—guidelines on what school leaders should know and be able to do. They provide a framework for how to train, develop, evaluate, and support principals and other education leaders. (Full disclosure: I participate in the panel that is finalizing the 2015 Standards.)

This revision was necessary. The ISLLC Standards haven’t been updated since 2008. We’ve learned a lot since then about how effective principals can influence teaching and learning (particularly in high-needs schools). And some substantial education policy initiatives have altered the context in which principals must operate—with more rigorous student standards and teacher performance management systems, to name two.

According to The Bush Institute’s 2013 report, Operating in the Dark, most states have either adopted or adapted the 2008 ISLLC standards as a reference point for their own state standards. Some states and districts infused the 2008 standards with more advanced school leadership thinking focused on concepts such as principals as instructional leaders and human capital managers. Many other districts and states will need to consider updating their standards given the new material in the 2015 standards.

But here’s the thing. Adopting or adapting the new 2015 education leadership standards isn’t even half the battle. The revised standards won’t have impact until they are aligned with state and local policies and practices that help develop the skills and knowledge principals need to lead their schools. Principals should see, hear, and experience modern leadership standards at multiple points in their careers—first during training, then when they are hired, and later for support and evaluation.

Standards are only as good as their implementation. Many states and school districts include school leadership standards in their policies or regulations, yet don’t align their standards fully with other components of their human capital management systems. States and districts should be using high-quality, research-based standards to drive policies, programs, and practices for principal preparation, licensure, recruitment and placement, evaluation, and professional learning.

States and districts don’t need to reinvent the wheel to do this work. A variety of tools and resources are available. For example, a 2013 CCSSO report describes how six districts in The Wallace Foundation’s Principal Pipeline Initiative developed examples of leadership standards in action, performance rubrics and criteria, leadership standards maps, performance examples, and job postings and interview questionnaires—all anchored in the districts’ leadership standards. AIR’s Hiring Quality School Leaders: Challenges and Emerging Practices brief discusses the importance of using research-based, high-quality standards when hiring principals and gives examples of best practices across the country.

So, while it’s important to get the standards right, it’s even more important that states and districts use the release of the new standards as an opportunity to work with school staff, district and state administrators, and policymakers to revisit their school leadership standards and ensure they are used in a meaningful way to improve principal effectiveness.

Cortney Rowland is a senior technical assistance consultant at AIR specializing in teacher and leader effectiveness. 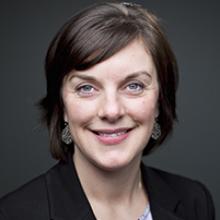